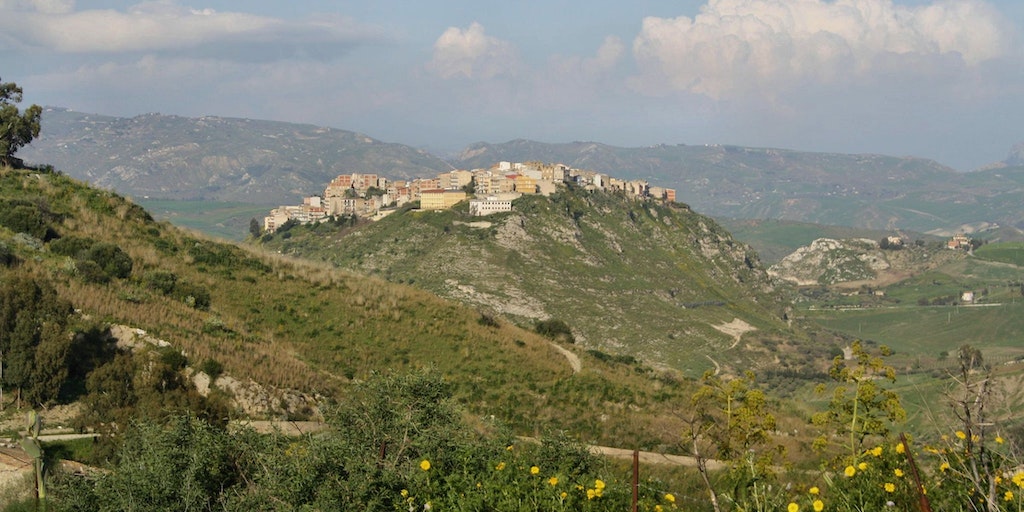 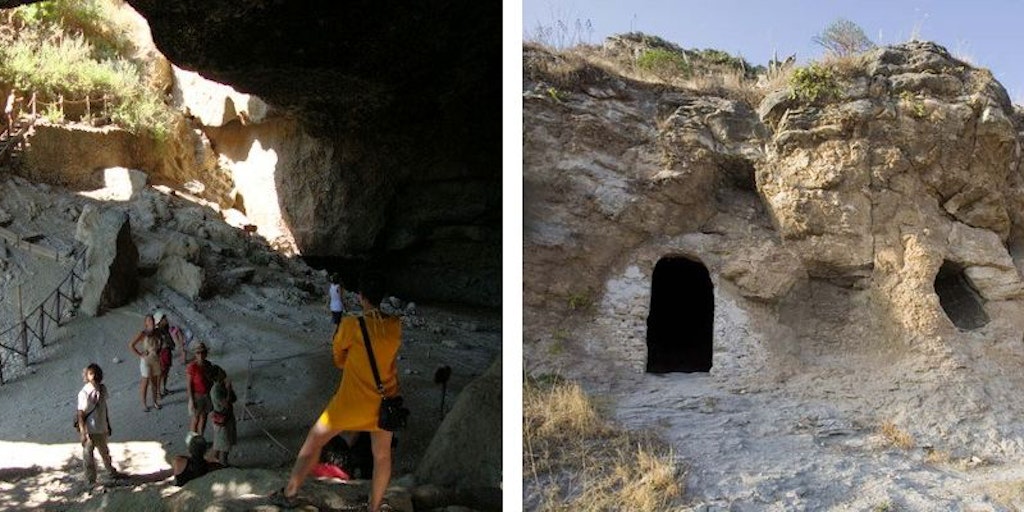 Amidst the beautiful valleys and mountains north of Agrigento, this small town has been attracting archeologists since the 1700's.

From here it is just 35 km down to the sea at Agrigento and 40 km from the beaches of San Leone, but it is not just for these reasons that you should choose to spend your holiday or part of your holiday here.

Completely out in the country ...

The town is quite small and is located with sweeping views of the surrounding countryside. These days the population is quite small here inland and it has halved since the end of World War to now. Many people have either moved down towards the coast or gone abroad to find work. There are many rustic eateries in the valleys and on the hillsides in the area that are agriturismo, where you can taste the local produce, they have their own history and (good) taste.

The ruins of the ancient Greek time

Several tombs have been found on the slopes of the mountain where Sant'Angelo Muxaro rests and they are called Tholos. They are cone-shaped or round and it was here where the local princes were buried in ancient times. Up to 35 bodies have been found in each grave, and it is assumed that they were used for the entire dynasty. The biggest of all is called Prince cave or Sant'Angelo cave. Legend has it that the saint was hiding here after he fought the devil.

Since the 1700's the Tholos has been written about a lot, but it was not until the 1800's that the other tombs were found by the many local farmers. Only in 1931 - 32 were the first official excavations initiated. In a few weeks they discovered ancient and large tombs from the 12th to the 5th century BC on the southeast side of the mountain. Jewellry, vases, metal and other objects were found in abundance.

Despite the fact that the town is called Sant'Angelo, it's actually St. Joseph, who is the saint of the towns people. Each year on March 19 the town is decorated with special constructions in wood covered with bread, oranges, pasta and other decorations (cannistri they are called). The most needy families from the area ask St Joseph for mercy and guests mmitati are welcomed. A great meal is served which includes the typical Pignolata and desserts of many varieties are served. After the meal, guests receive a gift of pasta, coffee, flour, eggs and fruit. Following the lunch there is a large procession which goes through the town square Piazza Umberto I and around the town with the statue of the saint.