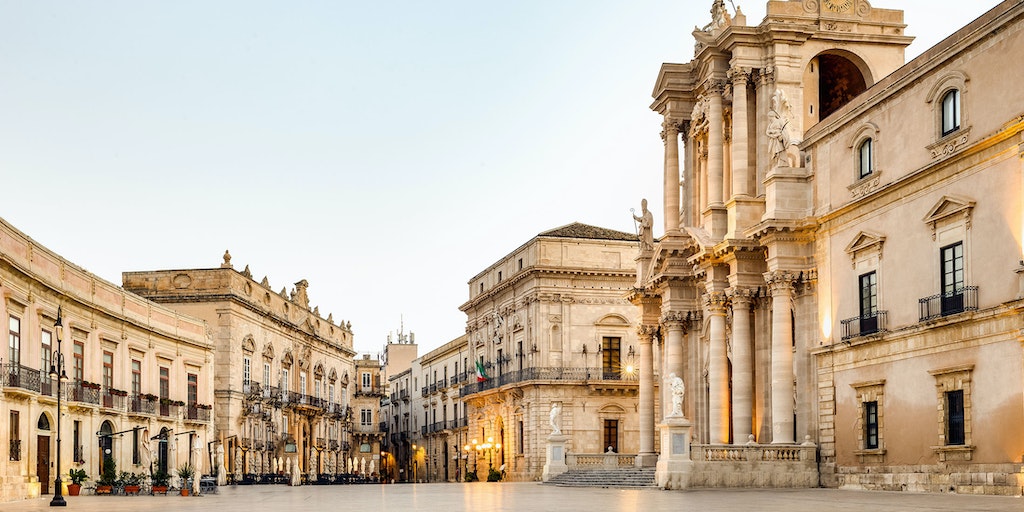 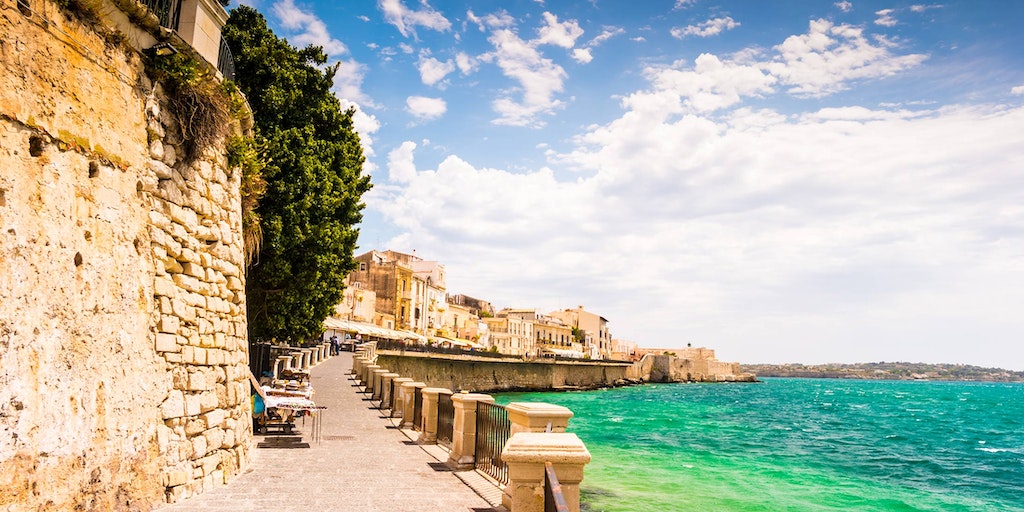 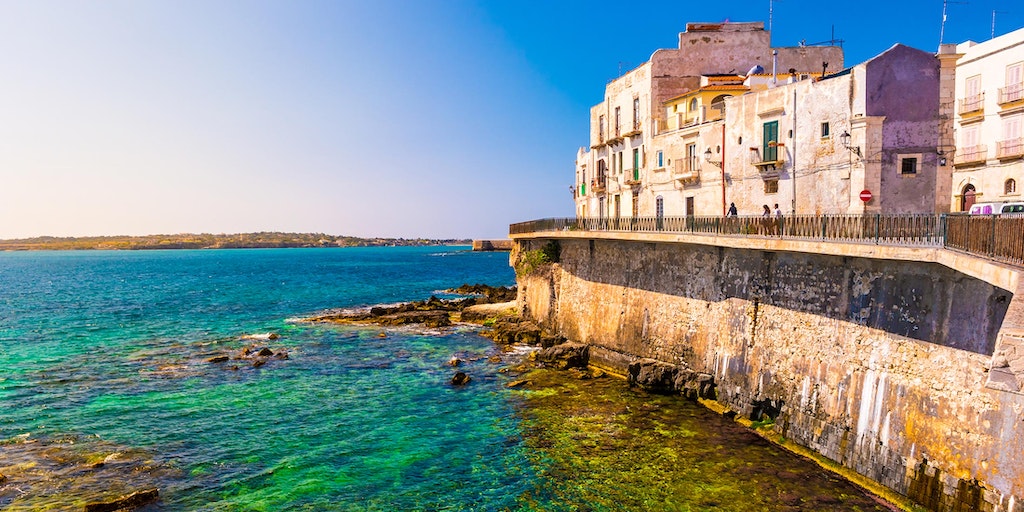 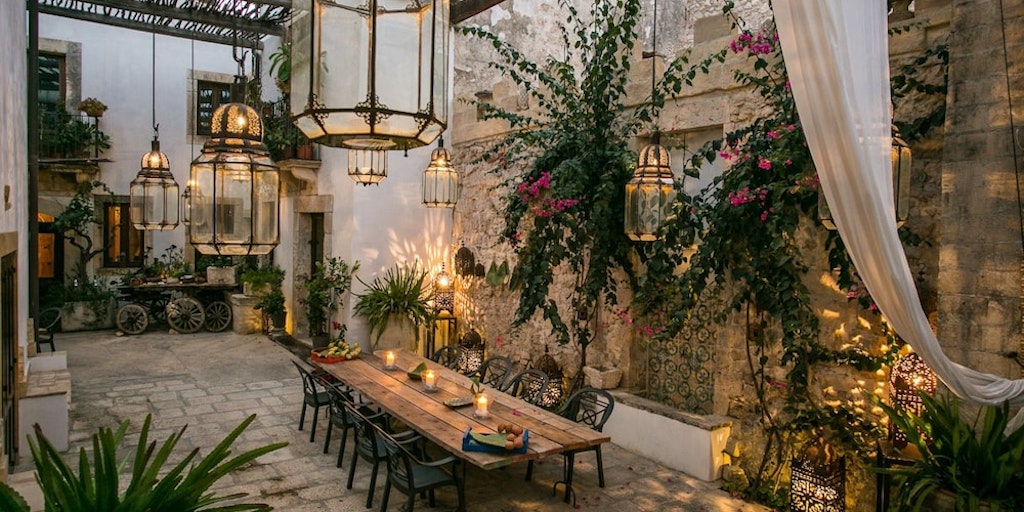 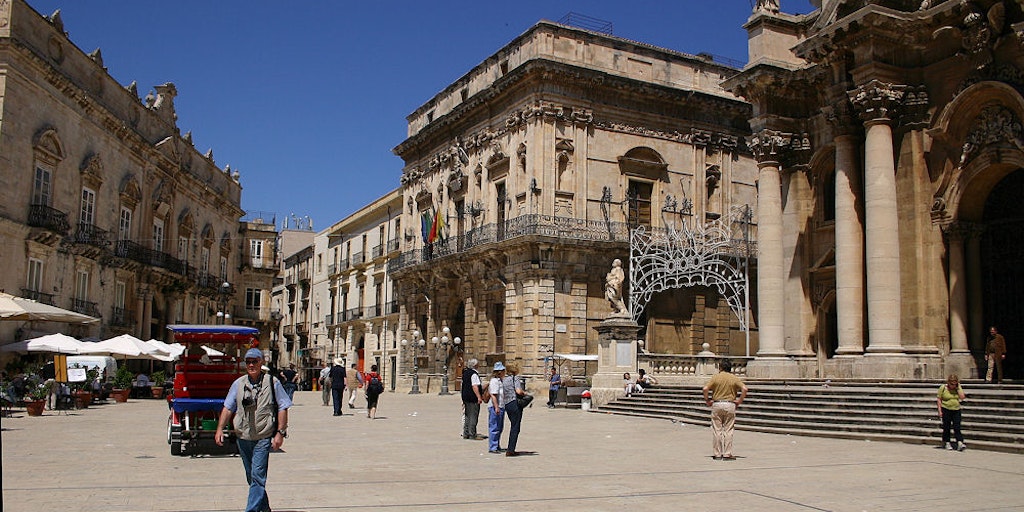 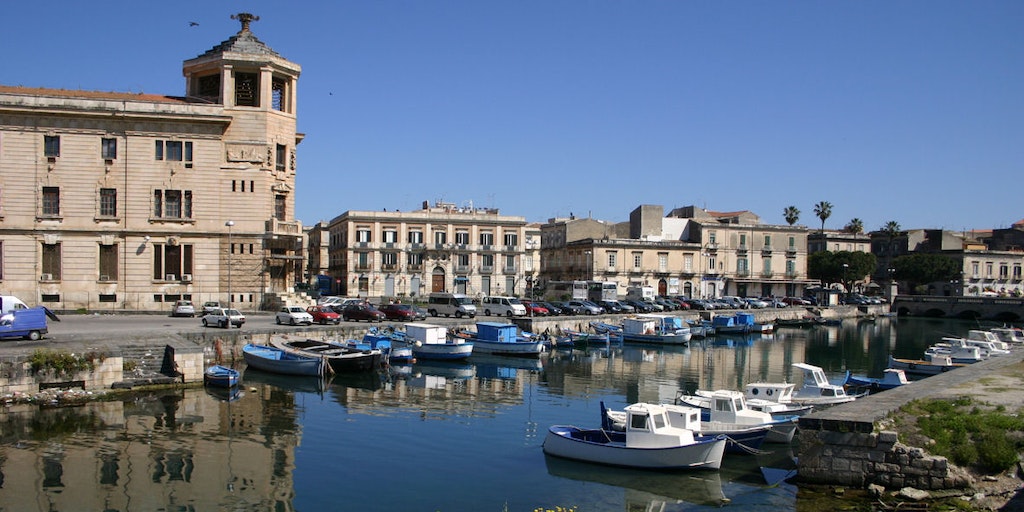 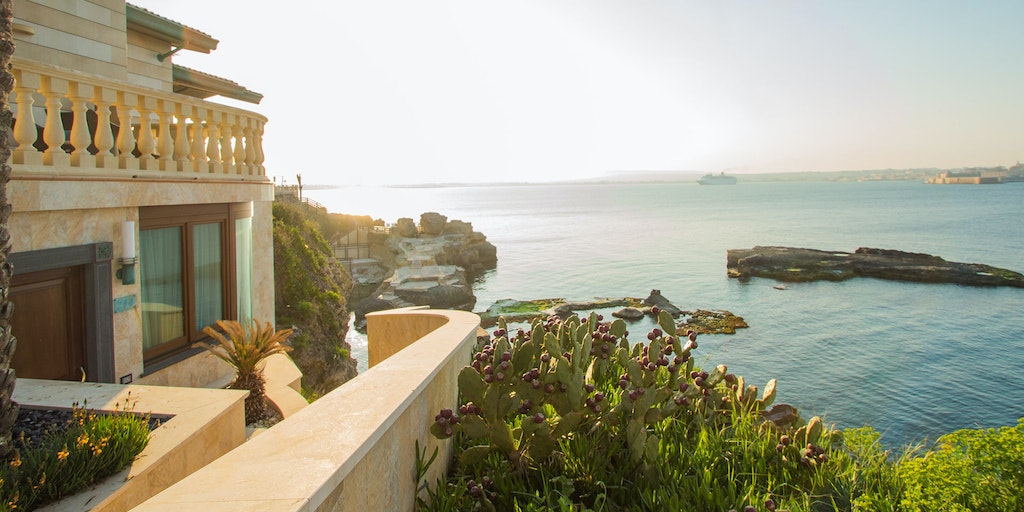 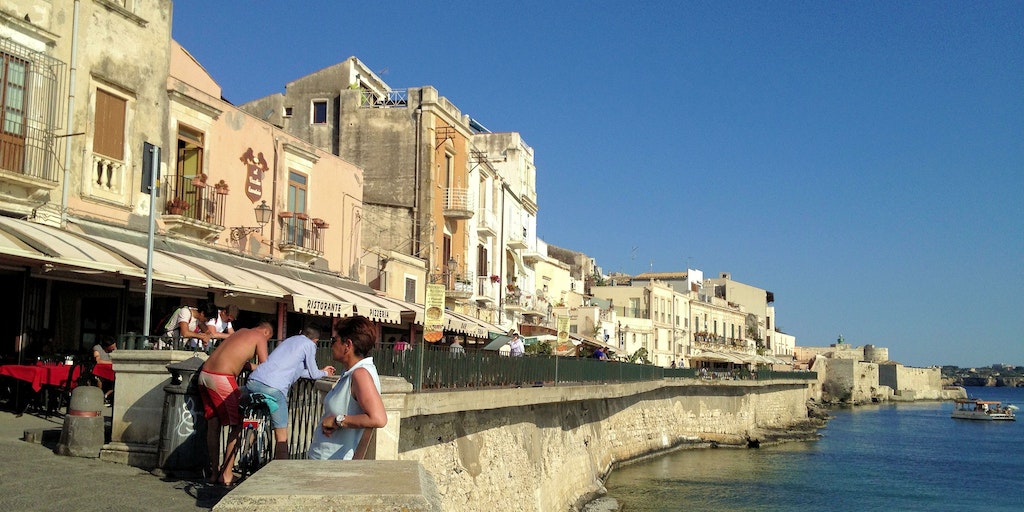 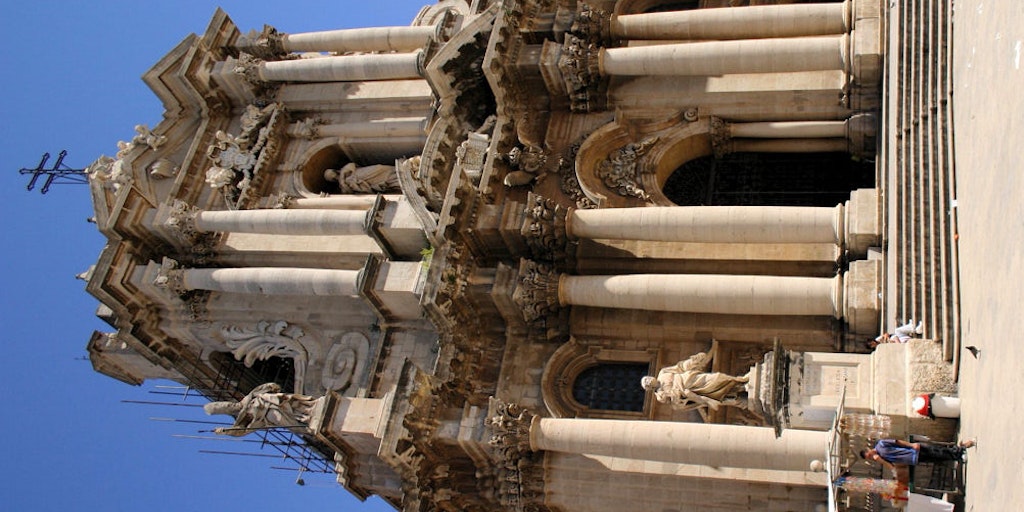 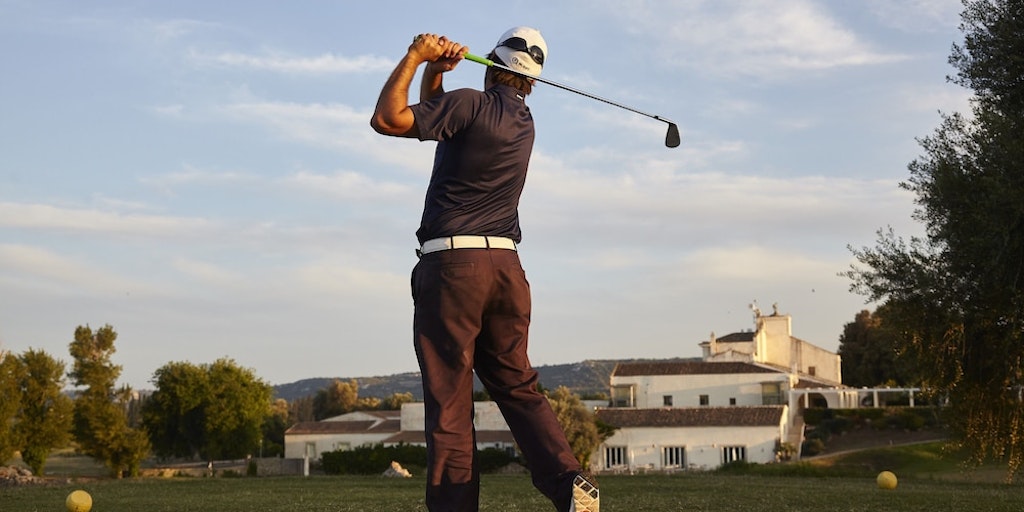 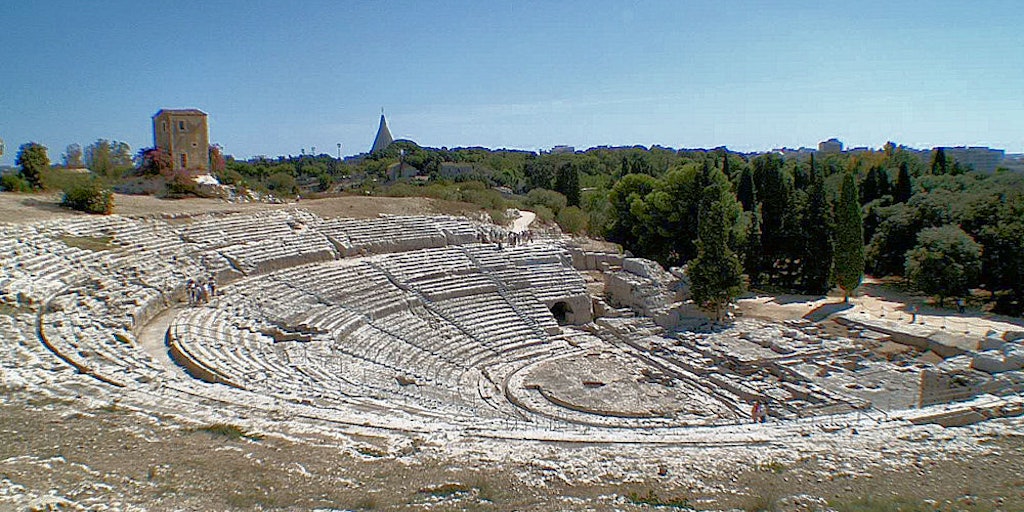 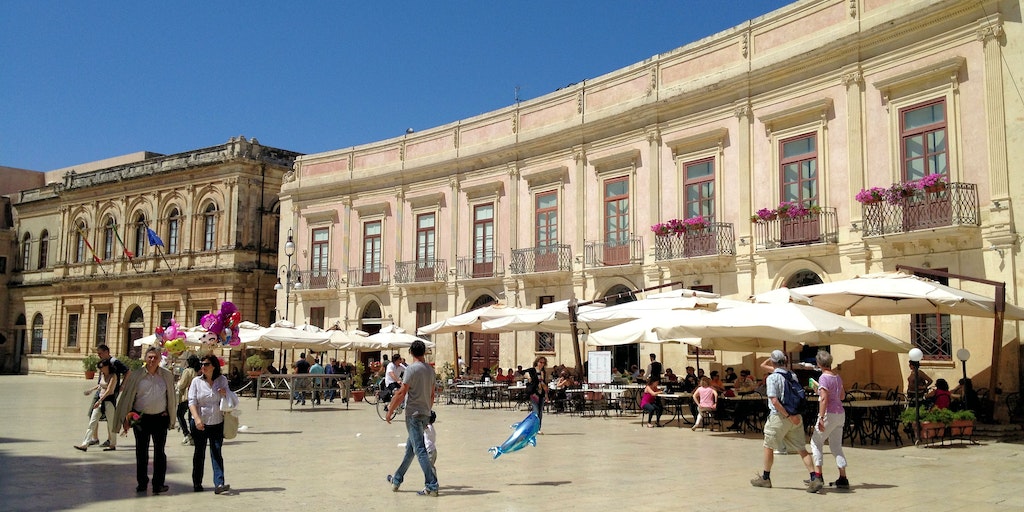 Loading content
Siracusa was once one of the most important towns in the western world - a cultural and commercial centre for the flourishing civilization in the Mediterranean region. Artists and scientists who lived and worked here included Dionysius and Archimedes.

Syracusa was once one of the most important towns in the western world - a cultural and commercial centre for the flourishing civilization in the Mediterranean region. Artists and scientists who lived and worked here included Dionysius and Archimedes.

The Greek era is obvious in the town, but also the later Renaissance, Middle Age and Baroque periods have left their marks. Today the town has been reduced to a provincial capital, but its glorious past appears everywhere, and there is enough to see to keep you busy for days. The main sights of the town are found in two areas – on the island of Ortigia and in the Parco Archeologico della Neapolis (the archaeological zone).

Ortigia:
The beating heart of the town is called Ortigia. This is where the town was established more than 2,500 years ago. It is really a peninsula connected by two bridges to the more modern town. The difference between the newer mainland town and Ortigia is immediately obvious. In the modern town the streets are nice and straight unlike the ones on the island that wind their way round the medieval buildings and the Baroque architecture. There are plenty of charming restaurants and cafés here in Ortigia. If you are not totally engrossed in Greek antiquity and its ruins, then it is probably here in the town that you would spend most of your time in Siracusa. Ortigia also has churches from different periods, magnificent palaces and a fort built by the Holy Roman Emperor and German King Fredrick II in 1239.

The Greek Epoch:
The Greek golden age left unparalleled traces in Siracusa. A little way outside the modern town is an exciting archaeological park, which houses the ruins of the Greek town Neapolis (Neapolis means “new town”, and it was a very common town name in the Greek period).

Here are temples and a fantastic Greek theatre, which can be compared to the Roman amphitheatre, also situated in the park.