Tindari, Sicily The old centre and the Greek theatre in Tindari 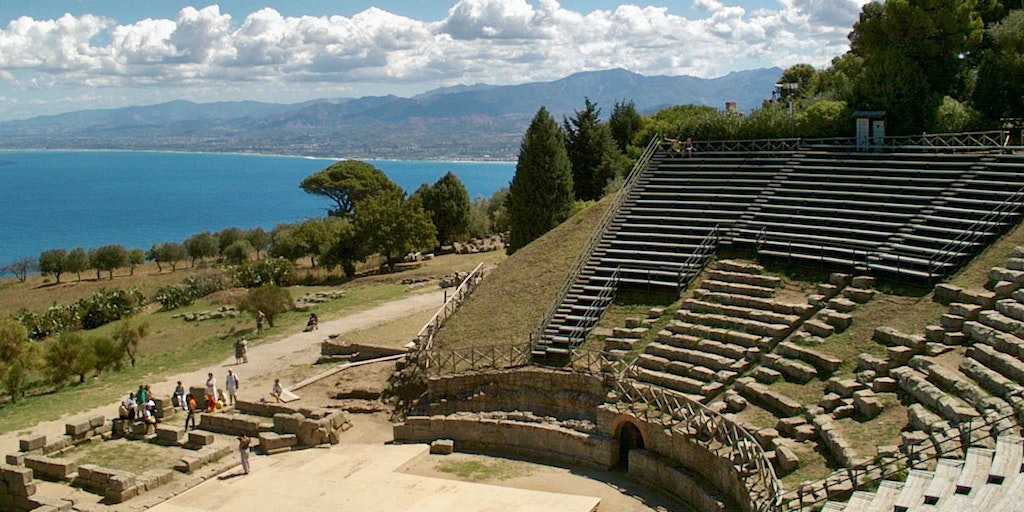 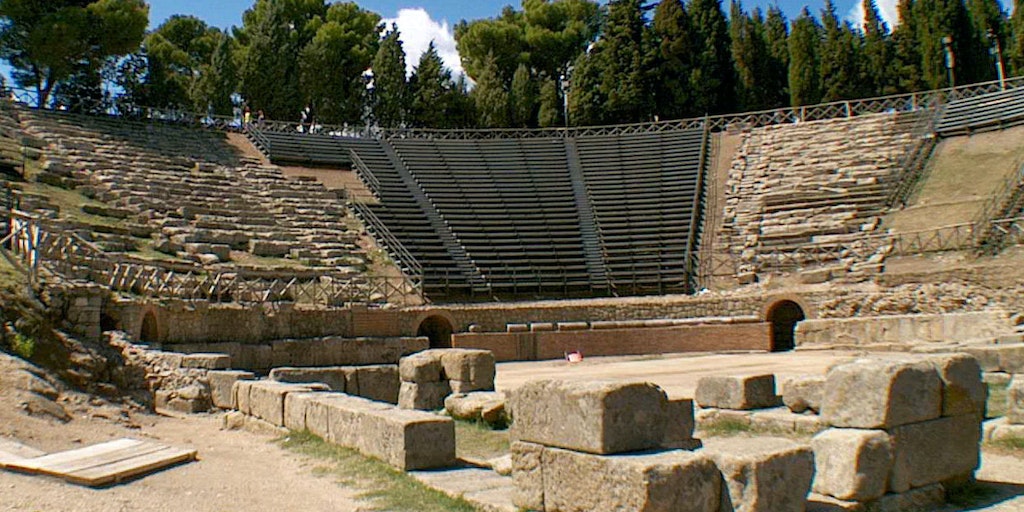 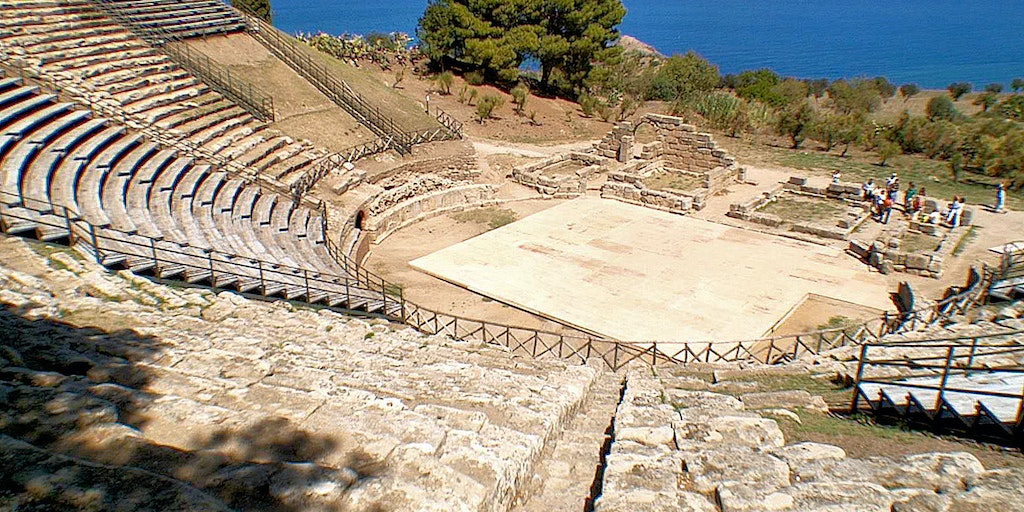 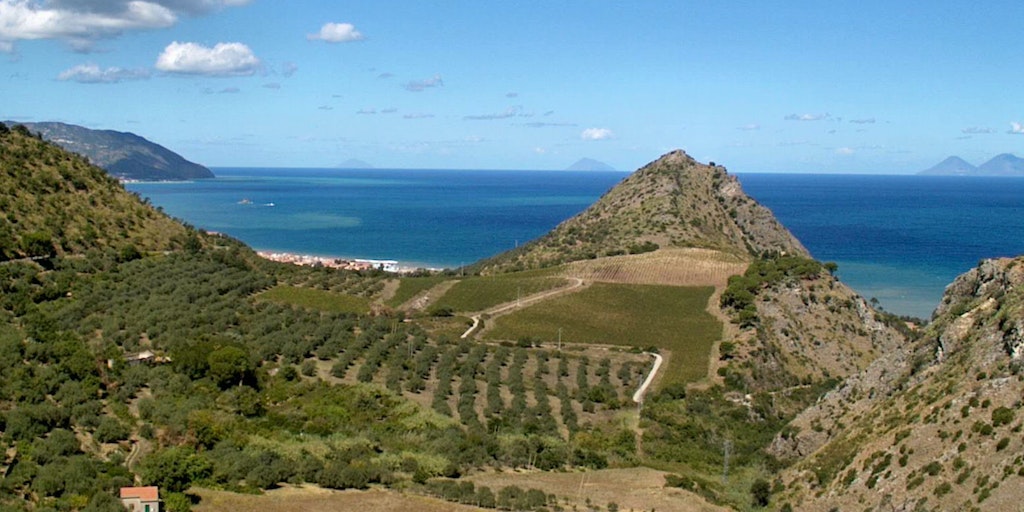 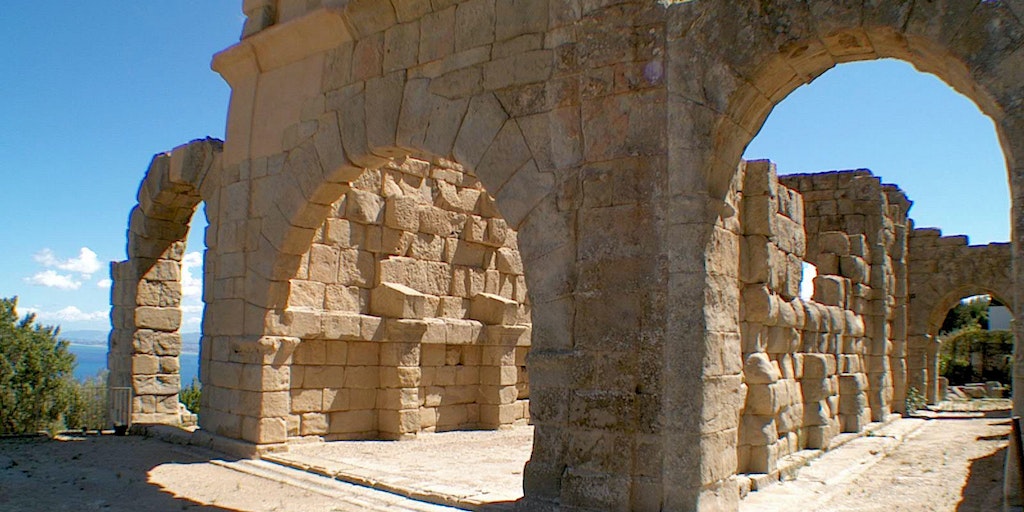 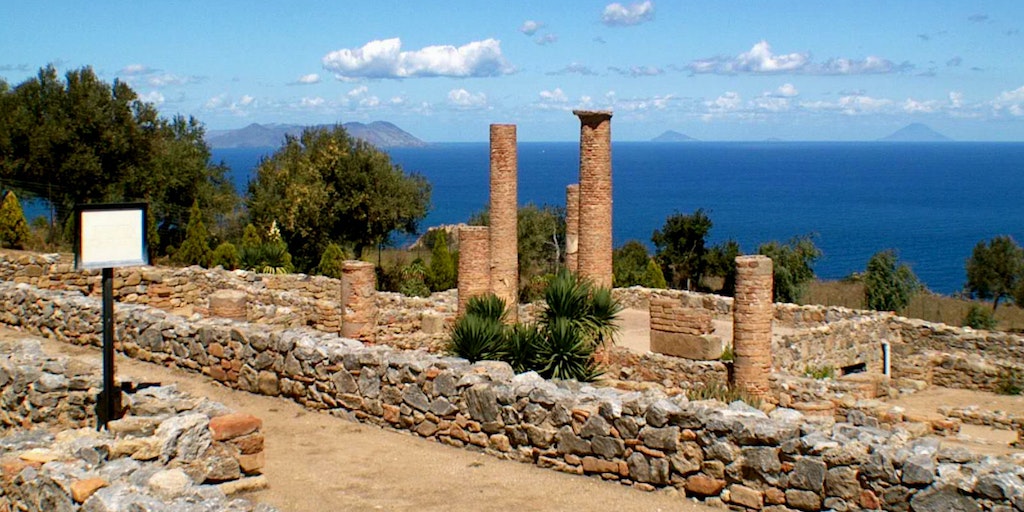 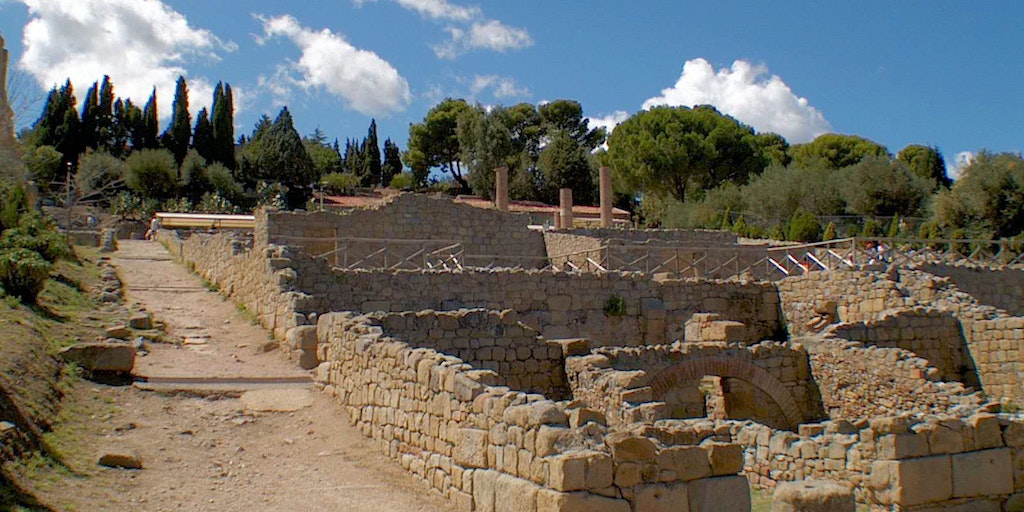 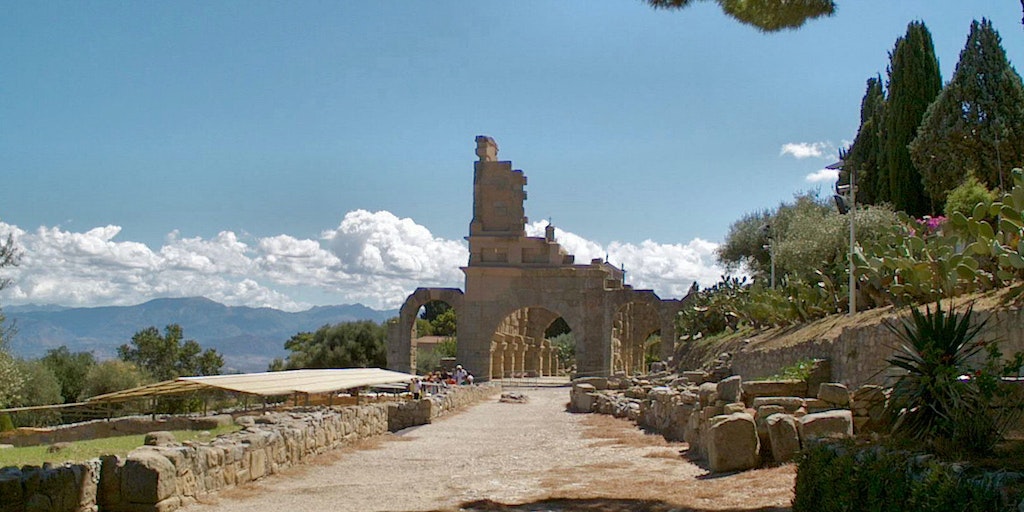 Loading content
Here you can find the Roman amphitheatre, bathing facilities, various houses and most impressive of all a large basilica combining both Greek and Roman building styles. There is also a little archaeological museum connected to the excavations.

Tyndaris was founded in 396 BC by the Greeks from Syracuse as an advanced defense against the many attacks by the Carthaginians. With its location on a rock-face, high above the sea, Tyndaris was an almost impenetrable fortress.

This strategic position was, without doubt, the reason why Tyndaris continued to flourish during the Roman period, where its loyalty in the battles against Carthage was rewarded with special privileges.

As you travel up the mountain, you can still see the ruins of the monumental city wall. But if you want to get a really good idea of how Tyndaris looked a couple of thousand years ago, you should visit the archaeological sites in the old town centre and the Greek theatre.

Anyone with a strong stomach or a hankering for kitsch should pay a visit to the unique Santuario di Tindari. This sanctuary was founded in the 1960s to house the much-adored statue of The Black Madonna, which according to legend arrived here of its own accord over 1000 years ago, and has performed countless miracles since. It has to be said that the particular form of modern architecture housing the shrine is among the worst of its kind with its combination of tasteless design and appalling building materials. The kitsch architecture and style are not sufficient, however, to deter the many believers who make the pilgrimage to the shrine. They come in their thousands – even on a week day. If you want to experience real religious zeal, you should visit the shrine on September 8th, which is the festival of the Madonna.