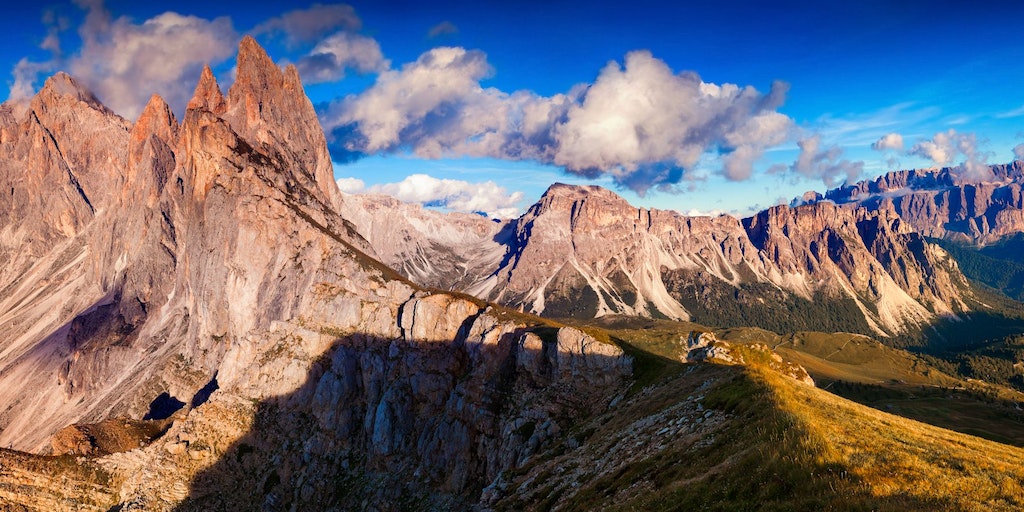 Loading content
There are several smaller towns in Val Gardena, but Ortisei is by far the biggest with its 6,500 inhabitants. It is a very charming place and the town is an eldorado for wood carvers.

There is scope for plenty of linguistic confusion in this town, because three languages are spoken here: German, because we are in the South Tirol, Italian, because it is the area’s official language and Ladino, an ancient Latin dialect, which has survived in some of the more remote mountain valleys.  There are several smaller towns in Val Gardena, but Ortisei is by far the biggest with its 6,500 inhabitants. It is a very charming place and the town is an eldorado for wood carvers. This is its traditional trade, and the town is teeming with men in blue embroidered aprons – all of whom are wood carvers. Interestingly, in this valley, it’s the women who wear the trousers and who run businesses and hotels, whilst the men stay home, carve wood, and visit cafés and bars to get their ration of creative inspiration over a glass of pear brandy.    Ortisei gets average marks as an alpine town, but the valley as a whole scores top marks. There are easy slopes and tougher slopes, as well as extremely good long-distance skiing conditions, which make Ortisei the perfect resort for families or groups with mixed skiing abilities.  Furthermore, there are plenty of restaurants, bars and cafés. There are also facilities for indoor squash and tennis, a skating rink with high-level ice hockey, a toboggan sleigh run, an indoor swimming pool, a bowling alley and a disco.   It is easy to get to Ortisei and Val Gardena. You drive on the Brenner Motorway up to Chiusa, where you turn off and carry on for a short while before turning into the valley itself. The drive is usually straightforward, but bring snow chains just in case.