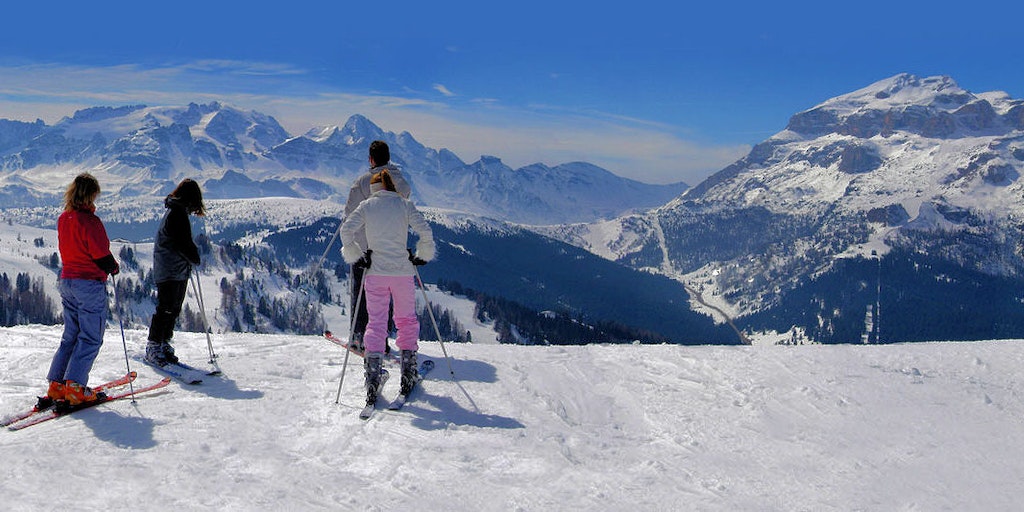 The massif Sella is large, impressive and at the same time picturesque. It looks like a square mountain that bursts directly from the ground with vertical slopes. It is beautiful, though very hard to cut through a piste and the slopes are therefore most often around the massif and not as challenging.

Sella Ronda is composed of the regions of Val Gardena, Alta Badia, Arabba and Val di Fassa. It is possible to ski around the massif in a day.

The Sella Ronda is the main route and lap on skis. This famous trip around the imposing Sella, connect the slopes and lifts of the four Ladin valleys: Val Gardena / Gröden, Alta Badia, Arabba and Val di Fassa with each other. The loop is about 26 km long, but can be extended in several places. All together there is almost 200 km of slopes to choose from.