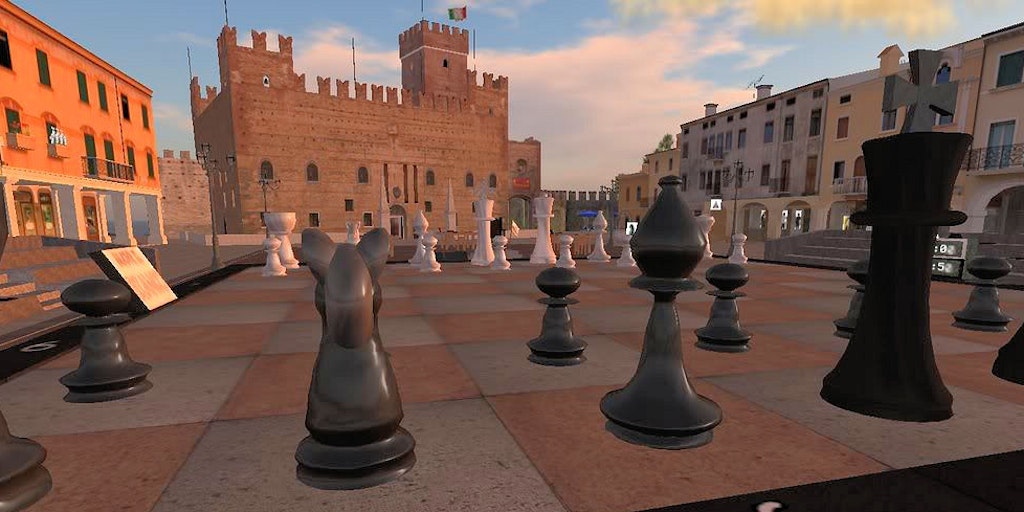 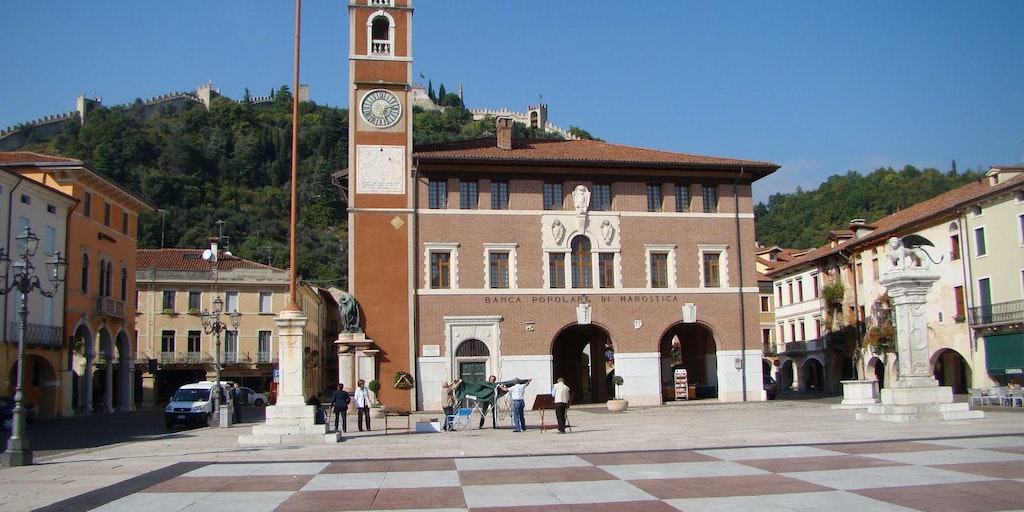 A town of chess

Marostica is a cozy little town with a historic center. The most famous monument is the city's castle 'Castello Inferiore' from the 1300s. A beautiful medieval castle, with a fascinating open front. The site is called 'Piazza Castello' or 'Piazza degli Scacchi'. 'Scacchi' means chess, and it is the game of chess, that is Marosticas most well-known trademark. Every two years (the even years) in September a chess game on the square is played with live people as pawns! he tradition dates from the time just after the first World War, when Marosticas inhabitants introduced it.

Marostica is a small, charming town, situated in the beautiful surroundings of central Veneto. The driving distance from here to interesting cultural cities like Vicenza (35 km), Padua (65 km) and Venice (95 km) is considerable small.

The story behind the game of chess

Subsequently, after the 2nd World War, a comedy writer Vucetich Mirko wrote a play about two noble men, who in the 1400s fell in love with the same woman (Lionora). They challenged each other on the 'Piazza degli Scacchi' to determine who should have her. This fictional narrative forms the setting for the chess game on the square, in front of the 'Castello Inferior'. Marostica is an excellent starting point for excursions to Venetian culture and art cities, and of course also for excursions with the focus on the beautiful nature around Marostica.