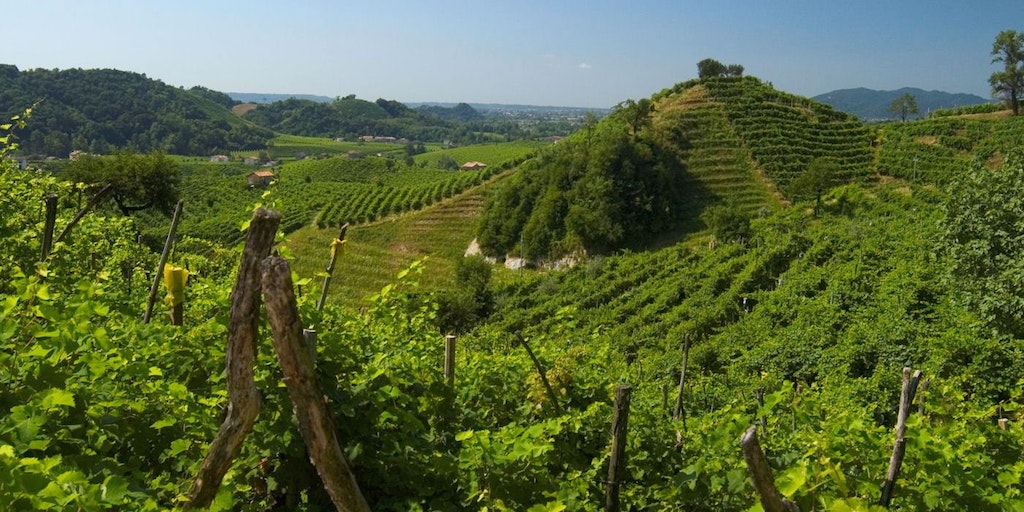 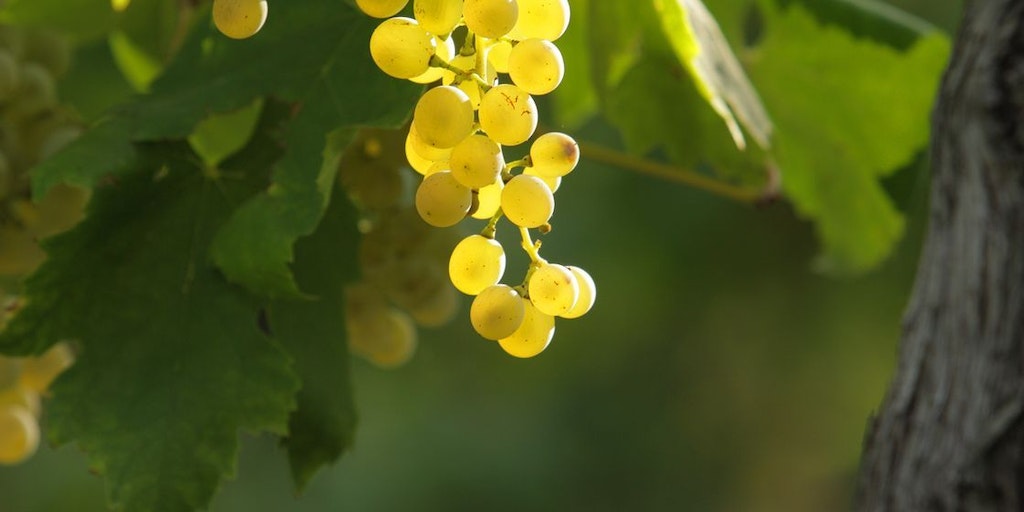 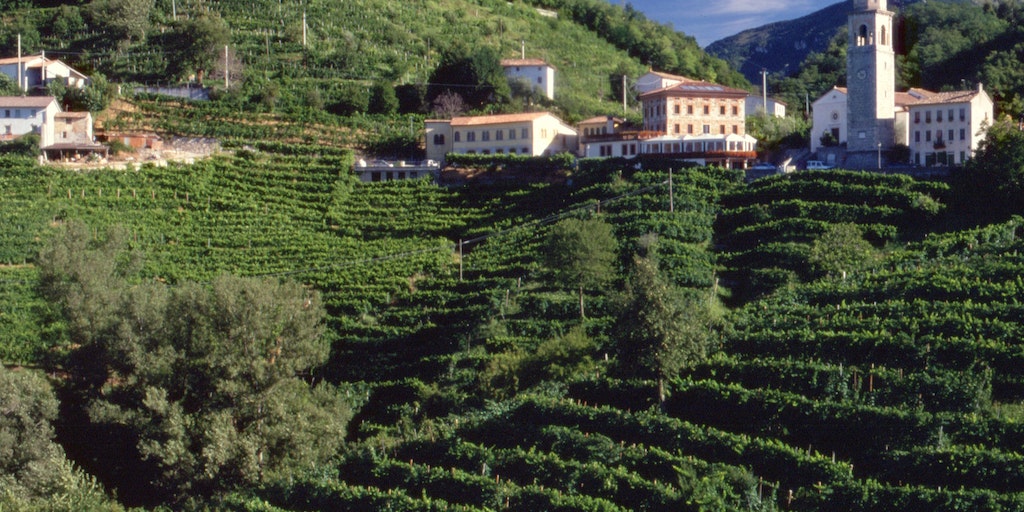 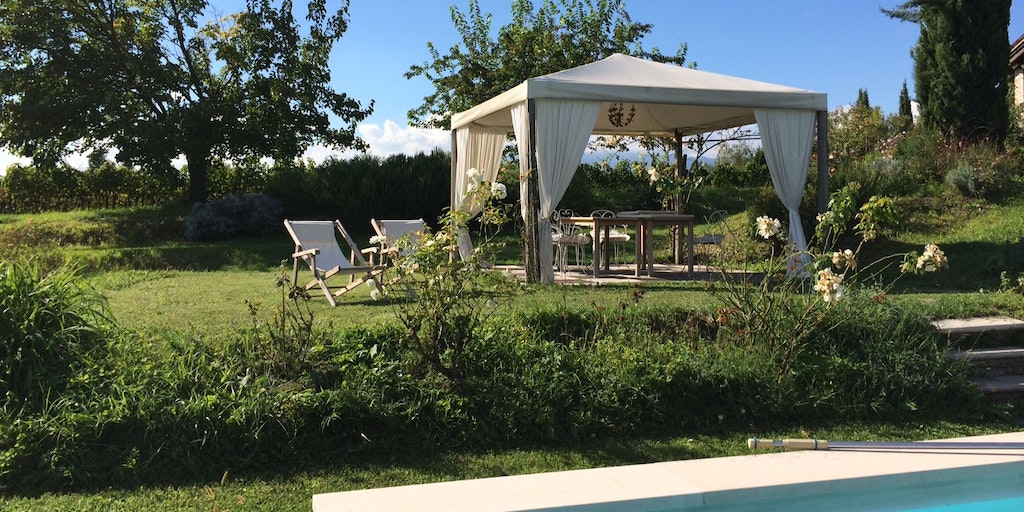 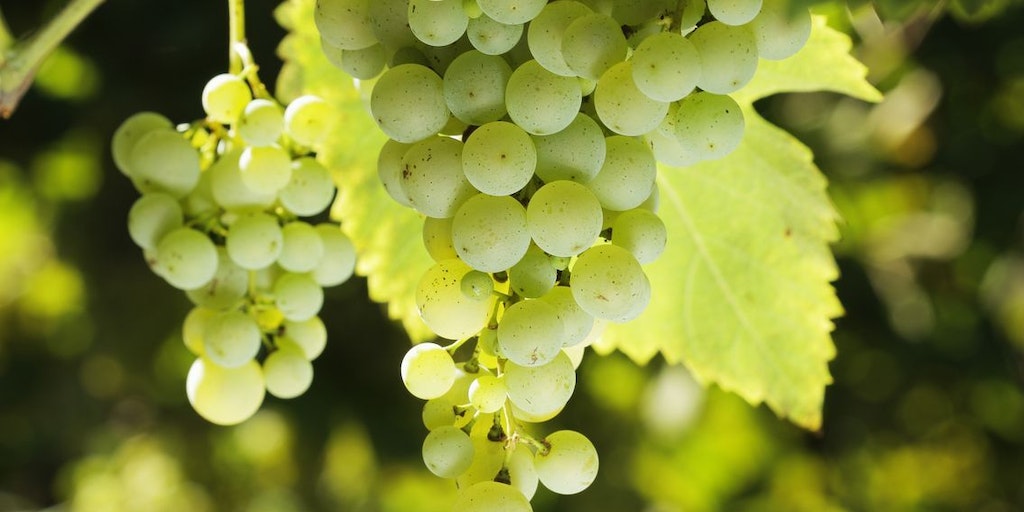 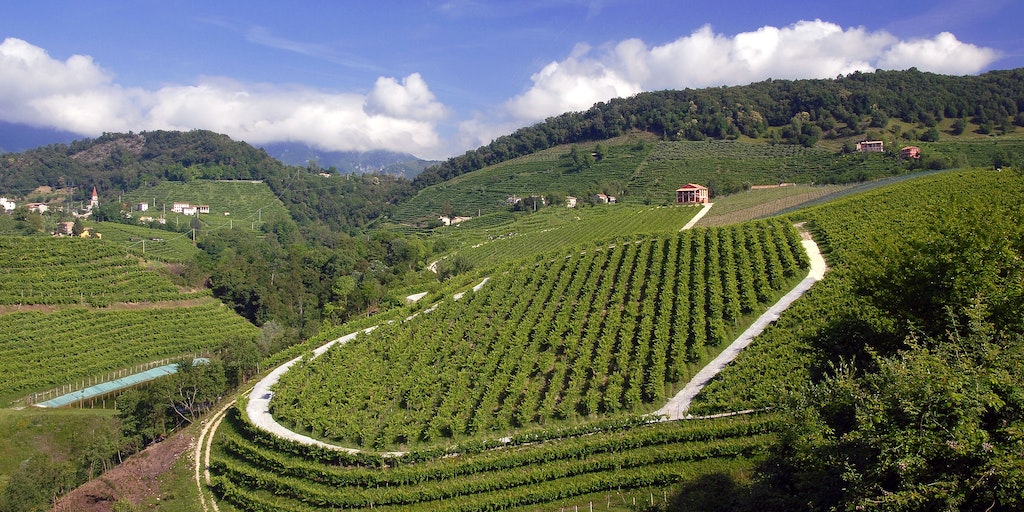 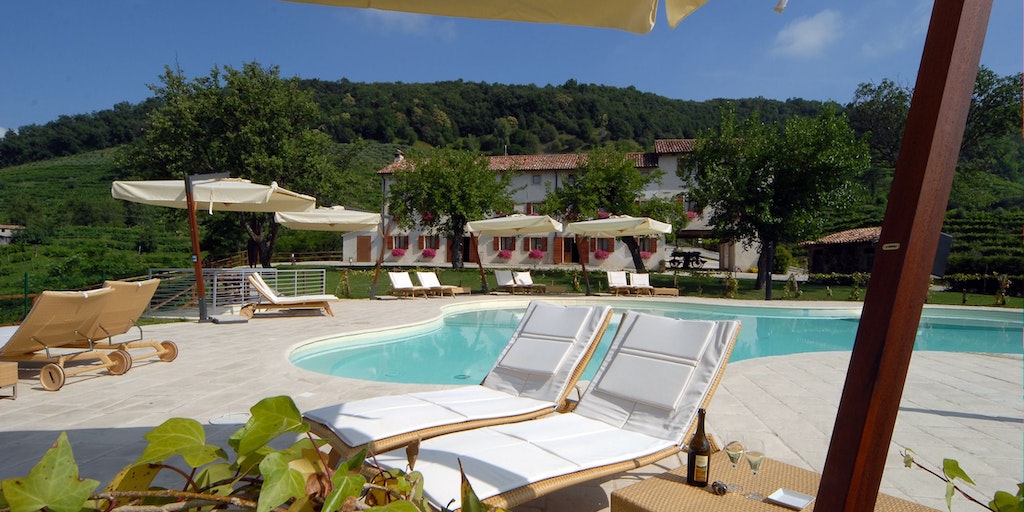 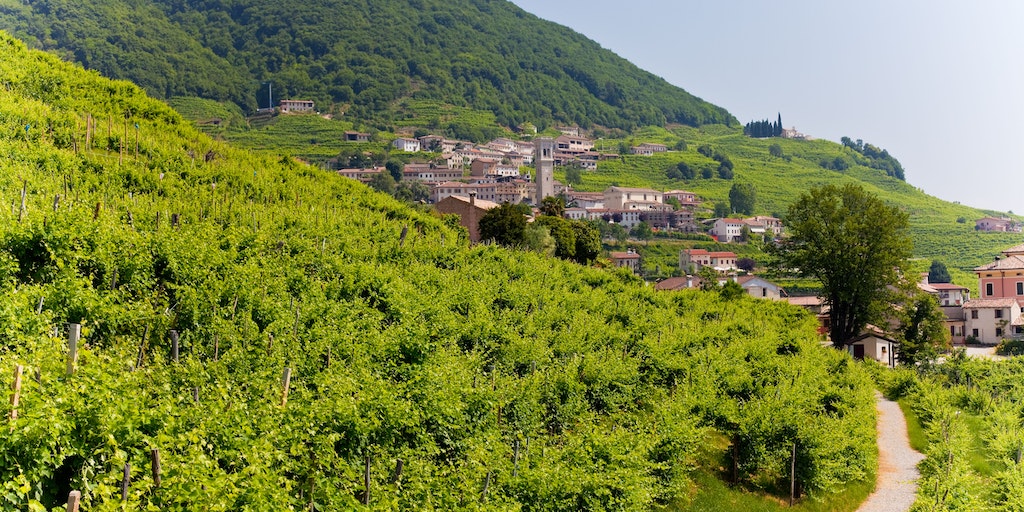 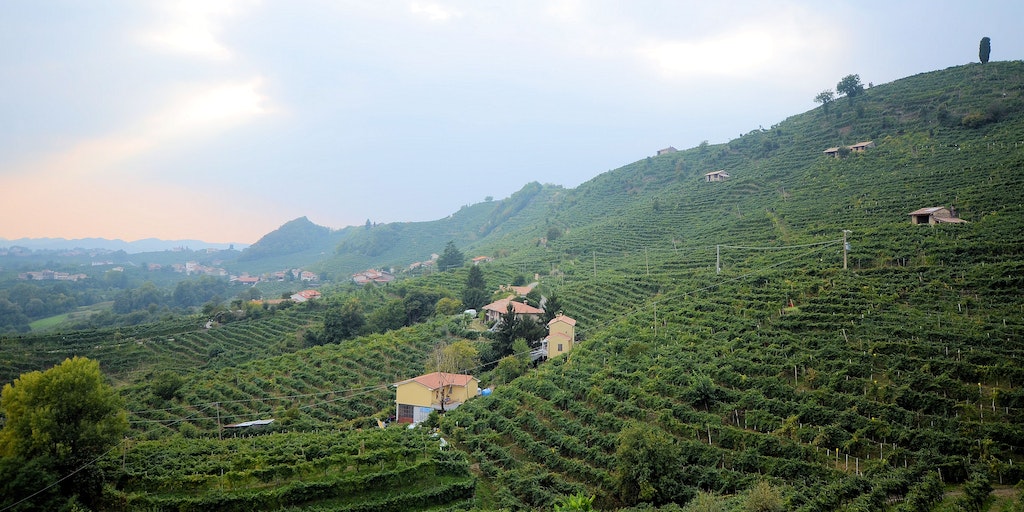 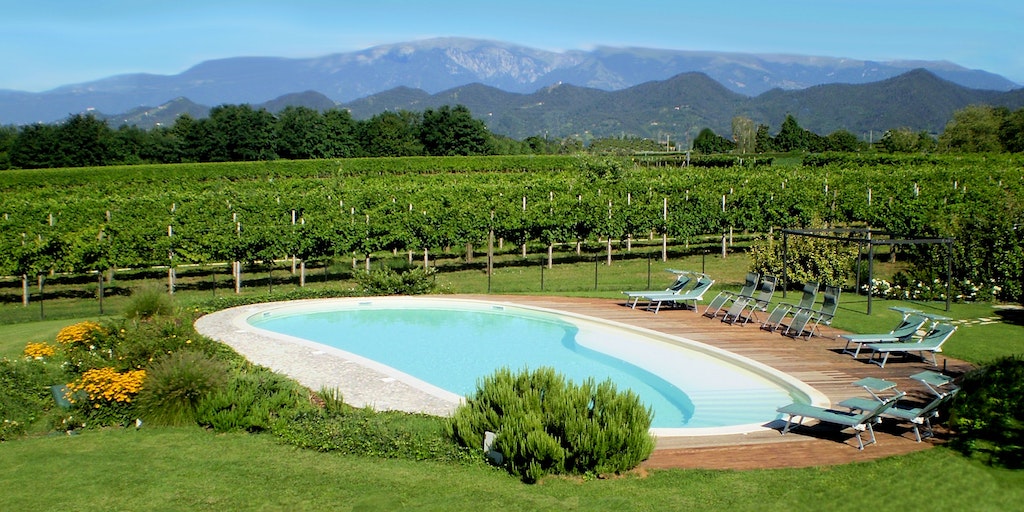 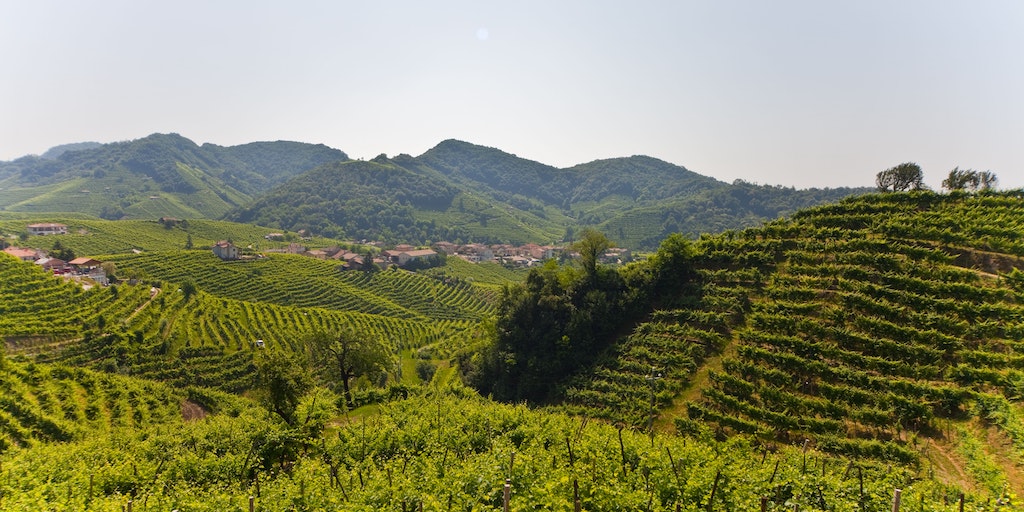 The area of Prosecco with the beautiful winegrowing region and the world famous bubbles is only approx. 80km from Venice, with the Adriatic sandy beaches to the south and the Dolomites to the north. Here you have a unique opportunity for a varied holiday.

All cities in Prosecco wine district

It is too good to be true. Could there really be such a beautiful winegrowing region midway between the mountains and the sea? The answer is simply 'yes'. In under an hour you can be at the midpoint of the Dolomites or in the centre of Venice.

Prosecco - what is it?

Vineyard landscape with the cone-shaped hills

The district occupies a total of 5,000 hectares and consists of two areas: The most famous is the area between the towns of Valdobbiadene and Conegliano on the north side of the river Piave. On the south side of the river lies the town of Asolo and the Il Montello slopes that date back to the 1300's. It was from here that the wood was taken to build Venice's foundations. Unlike other wine regions in Italy, the Prosecco region is distinguished by the fact that the vineyard covered hills are very distinctive and in the form of pointed cones on the landscape. The area's strength are clearly the wine and the beautiful landscape. The most beautiful landscape and the best Prosecco is said to come from Cartizze - the hills just outside Valdobbiadene. If you wish to visit scenic towns, we can recommend Asolo - or Bassano del Grappa located just outside the region. The nearest city is Treviso, and for the active who do not find the Prosecco hills high enough, Montegrappa with its 1,775 metres above sea level is surely worth a visit. From Valdobbiadene to the top of Monte Grappa is about .0 km.

Enjoy a glass of Prosecco

Prosecco is known all over the world, but very few people know that it was produced in the Veneto region, between Venice and the Dolomites. The district also stretches slightly into the neighbouring region of Friuli Venezia Giulia. Of the protected designation of origin, both DOC and DOCG Prosecco is produced in this area. The sparkling wine should always be consumed chilled, and is best enjoyed between the temperatures of 4 - 8 degrees. There are some manufacturers who are making a Prosecco without bubbles, which is called Prosecco Tranquillo, and is more like a still white wine.