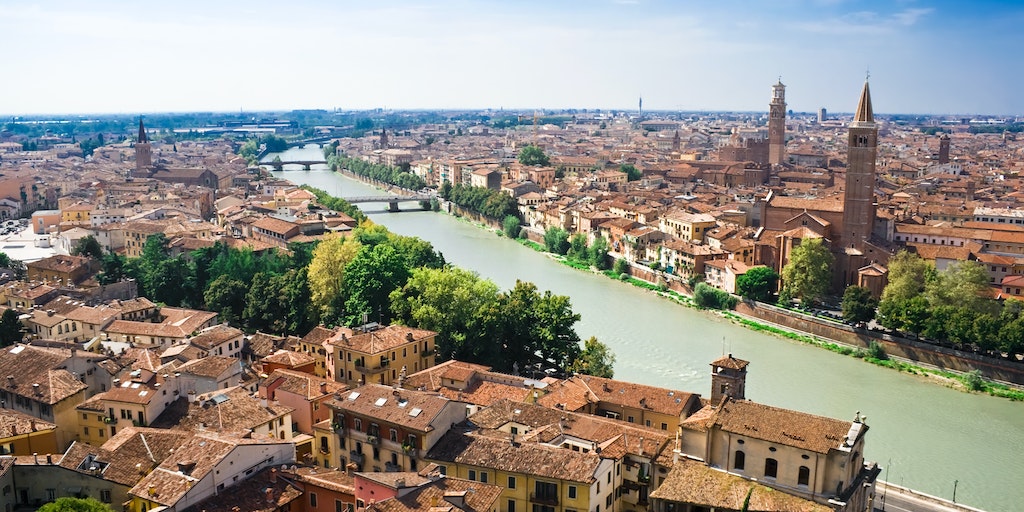 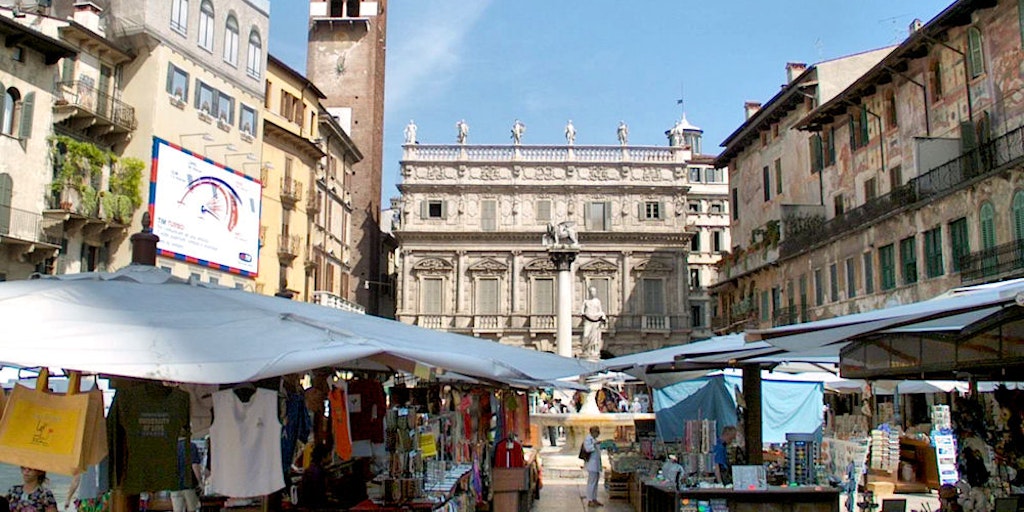 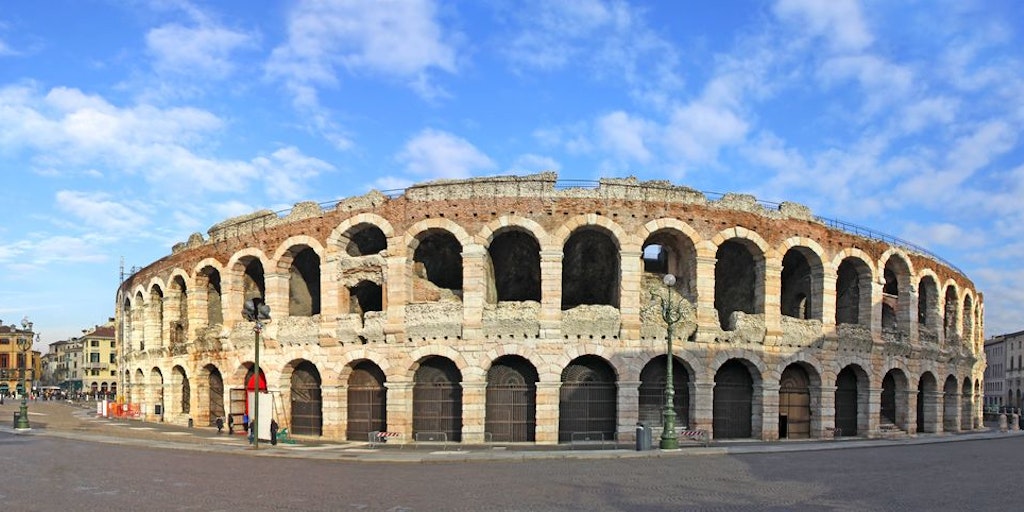 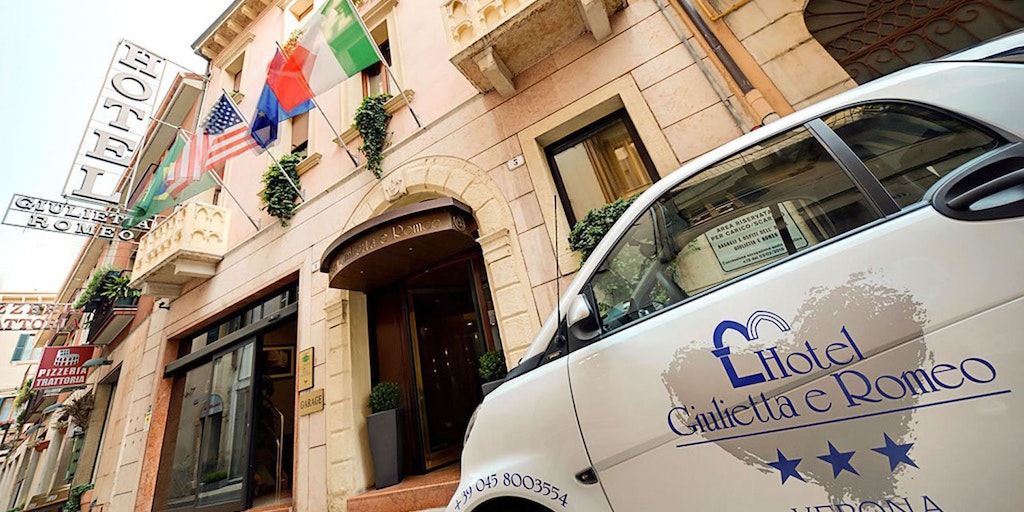 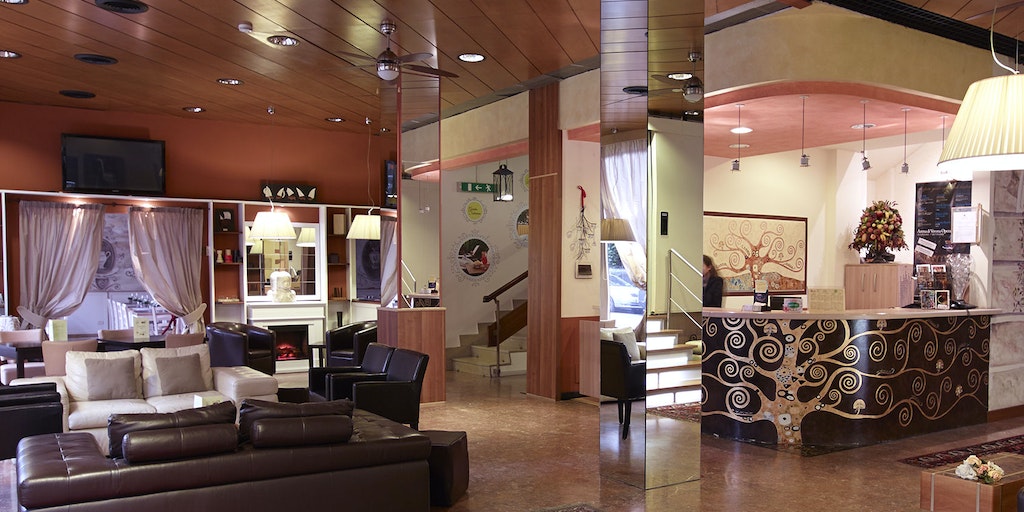 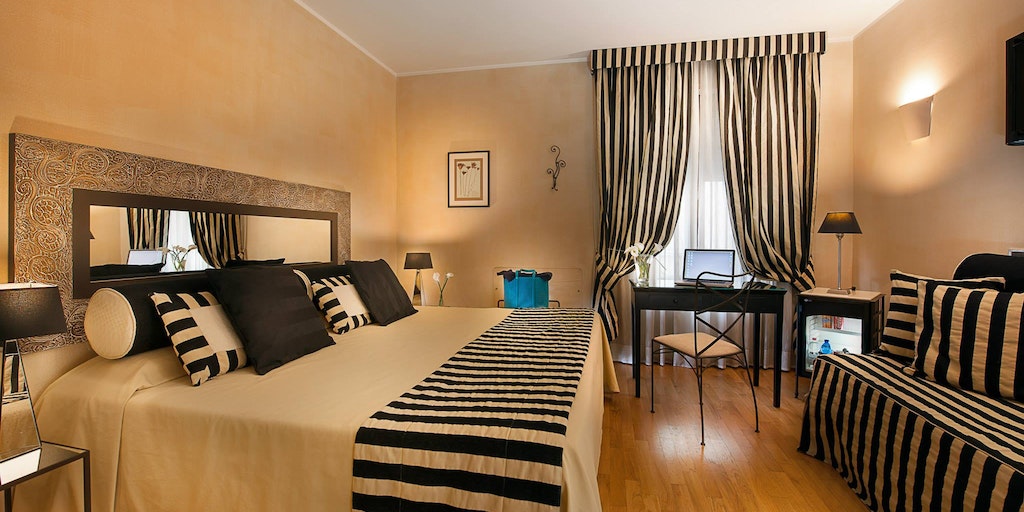 Verona is romance and more

Just as the scene was set for Shakespeare's play - the famous love story of Romeo & Juliet in Verona during the late 16th century, it is still set for your romantic holiday today, since nothing much has really changed in this magical historic city.

You can experience the best of Roman architecture in this magnificent city, and a myriad of fascinating streets and piazzas where you can wander and find a cute trattoria from where to watch the world go by. Whilst there is so much to see and do here with many visitors every year, it still retains an intimate and elegant atmosphere.

You can easily arrive into Verona airport which is just 11 km outside the town, and also Verona has a train station with connections from many major Italian cities. The station is around a 15 minute walk outside the historic centre. Otherwise you could take a tour across from Bergamo airport (113 km) or Venice (125 km) by car and take in some sights on your way to Verona.

Time to wine and dine in Verona

You will be spoilt for choice when it comes to lunch and dinner time here in Verona, and infact any time inbetween when hunger and thirst call. The best restaurants in Verona combine tradition with creativity and elegance with local Veronese cuisine. You can taste delicious recipes made from duck, hare, lamb, pork or veal jaw. Foie gras (fegato grasso in Italian) is also a delicacy in the area. Add to this wild mushrooms, truffles, polenta, and countless types of risotto, including some with Amarone or squid, and you’ll have a feast fit for a king! The Veneto region also has its own cheeses. The preferred pasta type here is bigoli, which is a type of macaroni and most good restaurants use their own special bigoli recipe. Fish is also a popular dish, particularly anglerfish, dried cod and shellfish.

Taste the local wines with a choice of delicious antipasti snacks in a number of atmospheric osterias throughout the city at the following places:

- The Dal Zovo Wine Shop, Viale della Repubblica - This wine shop has a great selection of Italian wines from the northern and central regions. To find the shop you have to go out of Viale della Reppublica where you find Dal Zovo, approximately 20 minutes walk from Piazza Erbe
- Osteria al Duca, Via Arche Scaligeri 2, tel: 045 594 474 - Cheap and very simple – this is about as authentic as it gets! There are two sittings for dinner in the evenings, at 19:00 and then again at 21:30.
- Antica trattoria da l’Amelia, Lungadige B. Rubele 32, tel: 045 800 5526 - A great little local eatery with wonderful food and an impressive wine menu. Price level: medium

The impressive Roman arena in Verona plays host to the world's largest outdoor opera. The arena dates back to the 1st century AD and though it was partly damaged during the earthquake of 1183, much of it was restored later in the 17th century when it was returned to its former glory. If you are passionate about opera, then try to visit in the summer during the months of June to September as you won't find a more impressive place to experience an opera. During Roman times, the arena seated up to 25,000 people, now slightly less at 22,000, just to give you an idea of the scale of it.

Take a wander to The Casa di Giulietta (Juliet’s house) at number 23 Via Cappello which is a beautiful house dating from the 13th - 14th centuries (the balcony was a later addition). The Montagues and Capulets really existed but Romeo and Juliet are fictitious characters. (Shakespere highlighted this is in his original title for the play, “An Excellent Conceited Tragedy of Romeo and Juliet”).

Ponte Pietra is one of the two surviving Roman bridges that cross the River Adige. The Germans blew up this bridge up as they retreated during the Second World War as they also did in Florence. However, both bridges in Verona and Florence were carefully restored after the war.
- The Roman Theatre is situated on the other side of the Adige and is partly carved out of the rock face. This is one of the best-preserved Roman theatres in existence today.
- Piazza delle Erbe was originally the Roman forum and is still considered to be the centre of Verona. It now provides the backdrop for a busy fruit and vegetable market. The piazza is also home to the Domus Mercatorum, dating from 1301, which was built as a warehouse and trading place for merchants, and the Torre del Gardello from 1370.

Other places of interest:

Castelvecchio, originally Castel San Martino, was built in the second half of the 14th Century by Cangrande II (1364-75) as a castle. Today it houses a great art collection that includes paintings by artists including Bellini, Lotto, Tintoretto, Pisanello, Veronese and Tiepolo, as well as sculptures, jewellery and weapons.

Piazza dei Signori is beside the Piazza delle Erbe and was the town’s political centre during the rule of the della Scalas. To the right of the piazza you can see the Palazzo del Capitano and the Palazzo del Comune, whose imposing buildings have impressed visitors for centuries. A little further to the right is the Torre dei Lamberti dating from the 12th century. Straight ahead as you enter the square is the Palazzo degli Scaligeri.

Walk through the arcade that runs between the Palazzo degli Scaligeri and the Palazzo del Comune, and you arrive at a small Roman church, whose greatest attraction is its Gothic sepulchral monuments for the most prominent of the della Scalas: Mastino (1277), Cangrande (1329), Mastino II (1347), Cansignorio (1375).

The city’s largest church, Sant’Anastasia, is close by and here you can appreciate the Gothic style with some Romanesque influence. The church includes a beautiful fresco by Pisanello depicting the warrior Saint George looking a little overdressed!

The cathedral is close by. It was consecrated in 1187 and is a combination of Romanesque, Gothic and Renaissance styles. Inside you’ll find Titian’s Ascension. On the western side you can see statues of Roland and Oliver. These are thought to originate from the period under Frank rule.

Find your holiday accommodation in Verona

You can search through our handpicked collection of hotels and B & B in Verona using the search machine at the top of the page and find something that appeals to you. Alternatively, you can contact us for free advice by emailing us using the contact link at the top of the page, by calling us on the number on the right of the page, or use the chat option to the bottom left of the page. We are happy to help and with over 15 years of experience of travel in Italy, we have what it takes to ensure that you have a happy holiday.

Rating 4,6 of 5
Excellent
Based on 21 reviews
See customer reviews

Good footwear, because it is within walking distance 10-12 minutes, so most people will walk.

By itself a very nice city, but unfortunately, as it is with every popular city, a bit of a tourist-overflow.

View all reviews of Verona