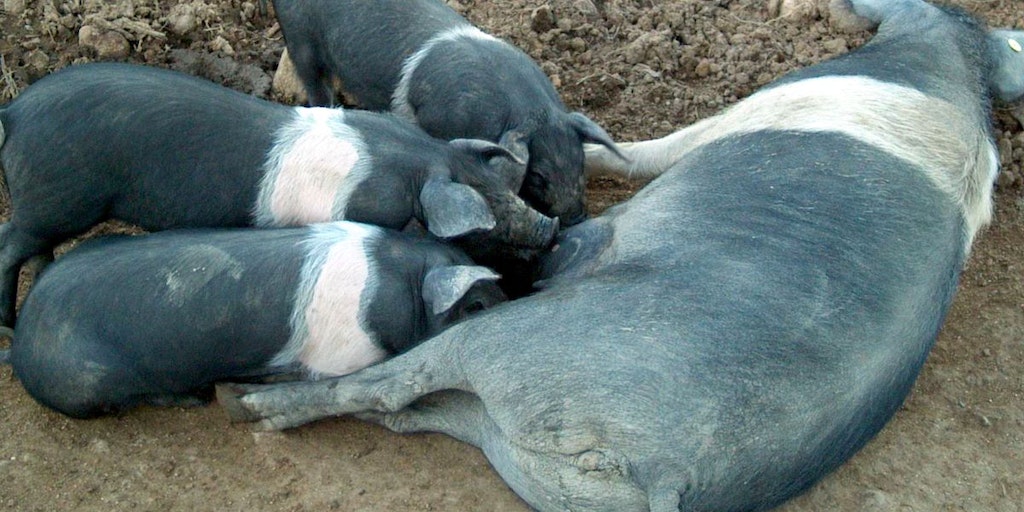 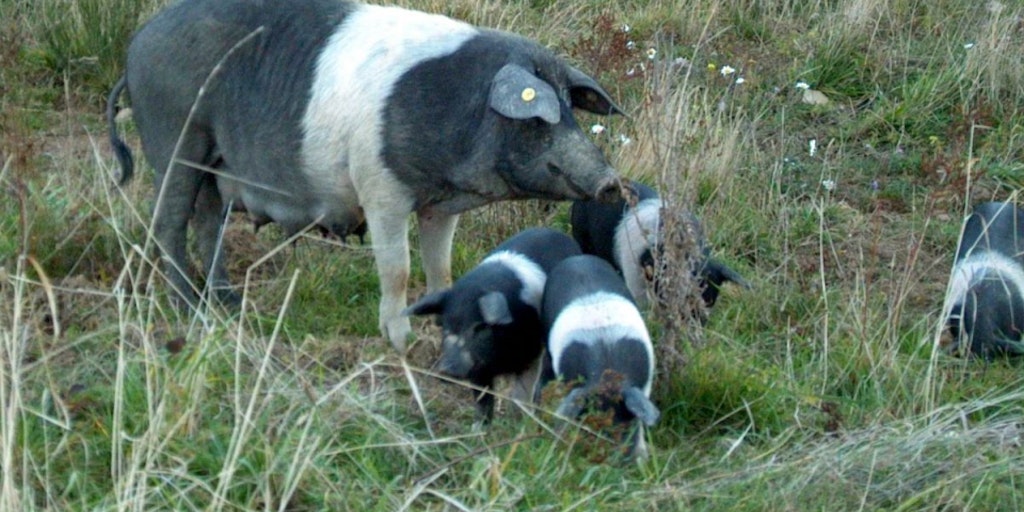 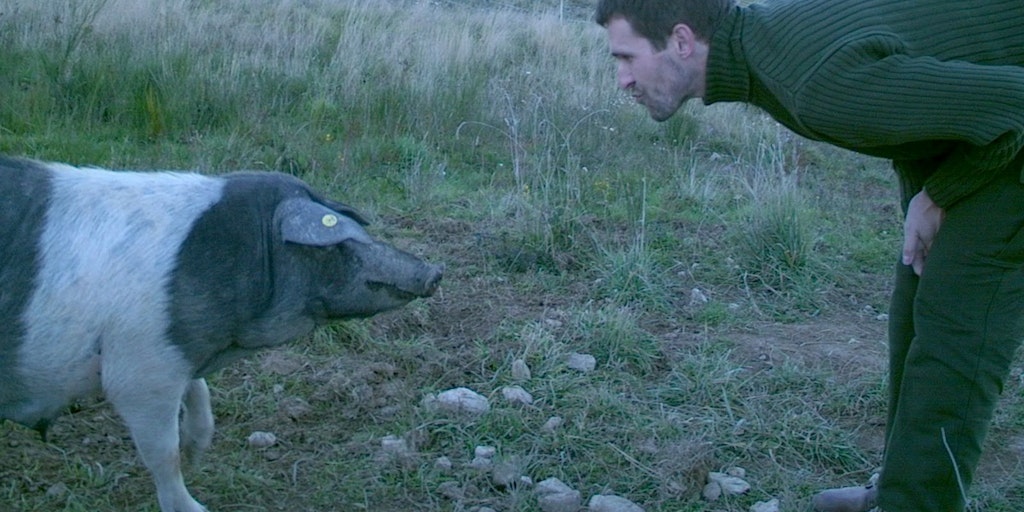 Loading content
On Monte Amiata, between Campiglia d’Orcia and Abbadia San Salvatore you will find the biggest Italian cinta farm. Here Fabio Pinzi breeds pigs and has 400 of them.

In Tuscany, as in the rest of Europe, the decades following the second world war were marked by the move out of the country into the towns and suburbs and away from agriculture.

Everything had to be rationalised, be faster, cheaper and in short – make life easier. This was a time when it looked like foodstuffs and animal species would die out completely. Some stubborn farmers still carried on with the old traditions and in the start of the 1990s this trend slowly began to reverse. More people were prepared to pay higher prices for good quality and were not afraid of food that they could actually taste.

You started to see beans from Sorano once more and the so-called ‘zolfini’ beans from Val d’Arno. Meat from the old breed of cattle Val di Chiana became prized again by gourmets. And the pig breed ‘cinta senese’ was also rediscovered!

This race with its black skin and characteristic white band over its back is known from 14th century frescoes and for centuries all families in the country in Tuscany had at least one of these pigs. They were hardy and could easily live outside all year round.

They only ate what was left over from the house, but thrived best on acorns, chestnuts or similar. When the first pioneers rediscovered the pig, there were only a dozen of them left, but today there are several thousand in Tuscany. Stocks are never large (the largest is 400 animals), mainly because the animals are free range and cannot be kept inside.

As they only eat organic food and get lots of exercise, it takes double as long for them to be old enough to be slaughtered as it does normal industrial pigs. The meat is especially used for charcuteri: sausages, hams, rigatino (Italian bacon) and more. The taste is strong and characteristic.

The price is two to three times higher than normal cold meats but the thought of the happy, healthy lives led by the pigs justifies the additional price.

On Monte Amiata, between Campiglia d’Orcia and Abbadia San Salvatore you will find the biggest Italian cinta farm. Here Fabio Pinzi breeds pigs and has 400 of them.


The farm is run according to strict organic principles and when the day comes, the pigs are slaughtered in nearby Abbadia San Salvatore so they avoid long and stressful journeys.

To buy some of the wonderful products you can visit the family’s lovely little shop Pinzi Pinzuti in Abbadia San Salvatore where you can also buy wine, honey and olives from another branch of the family.