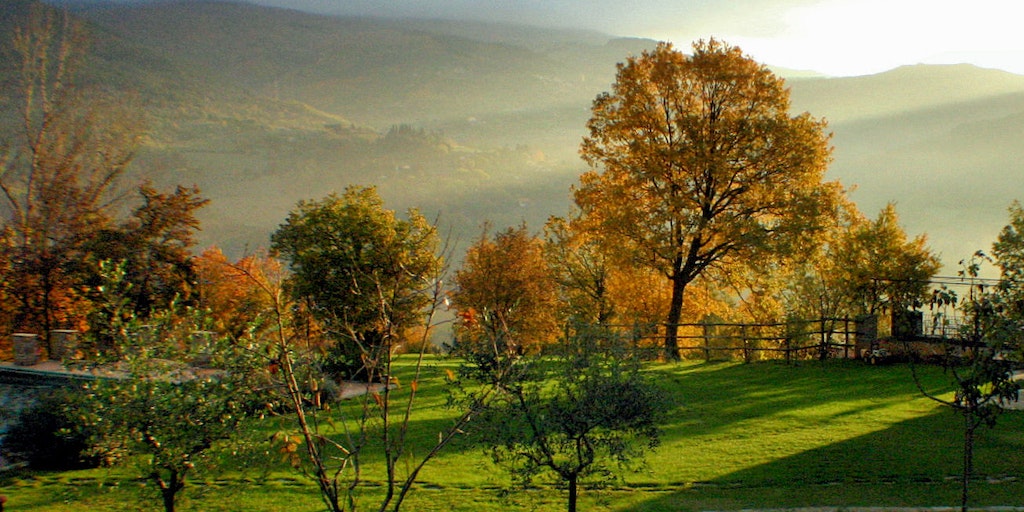 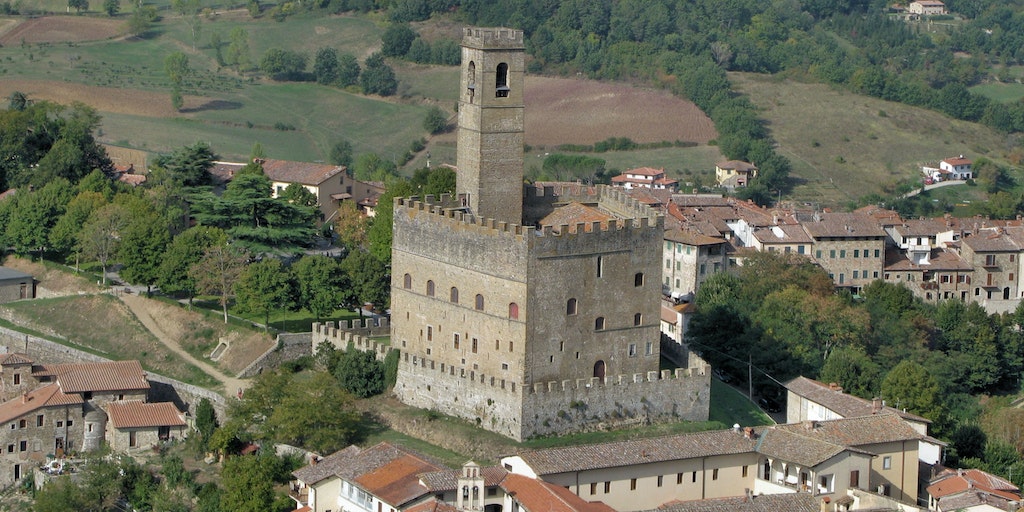 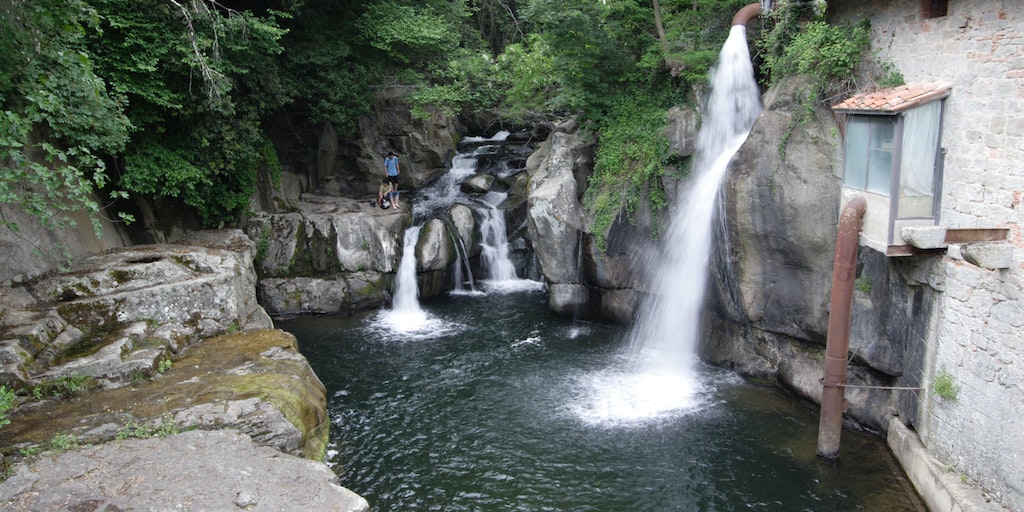 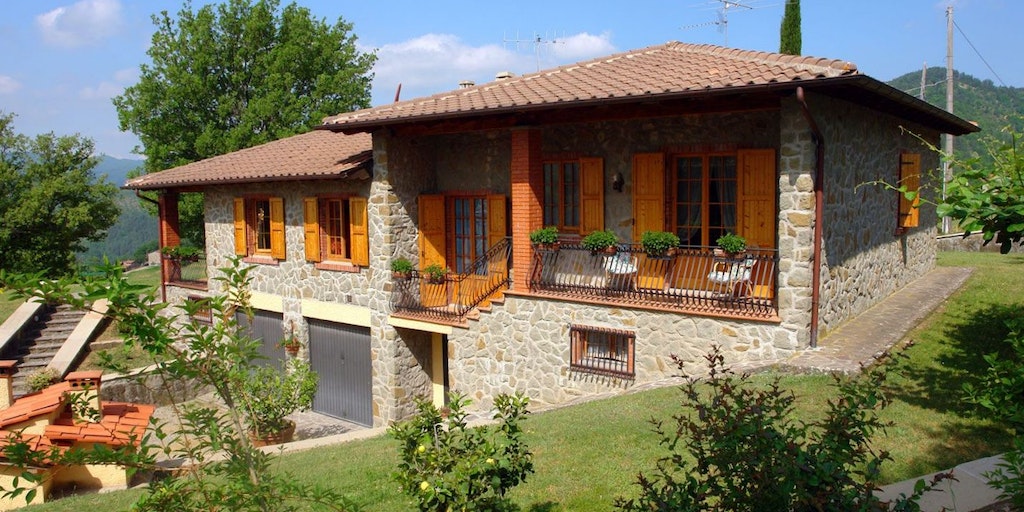 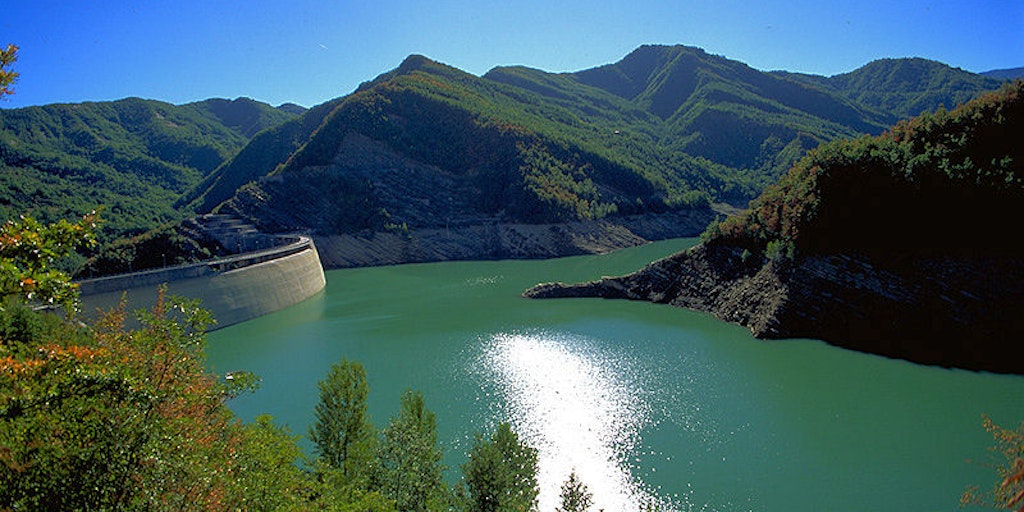 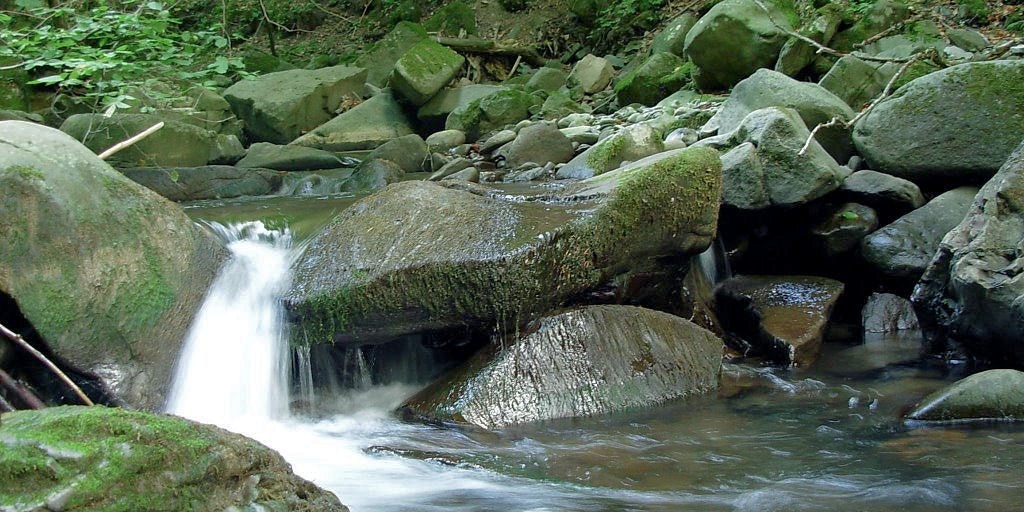 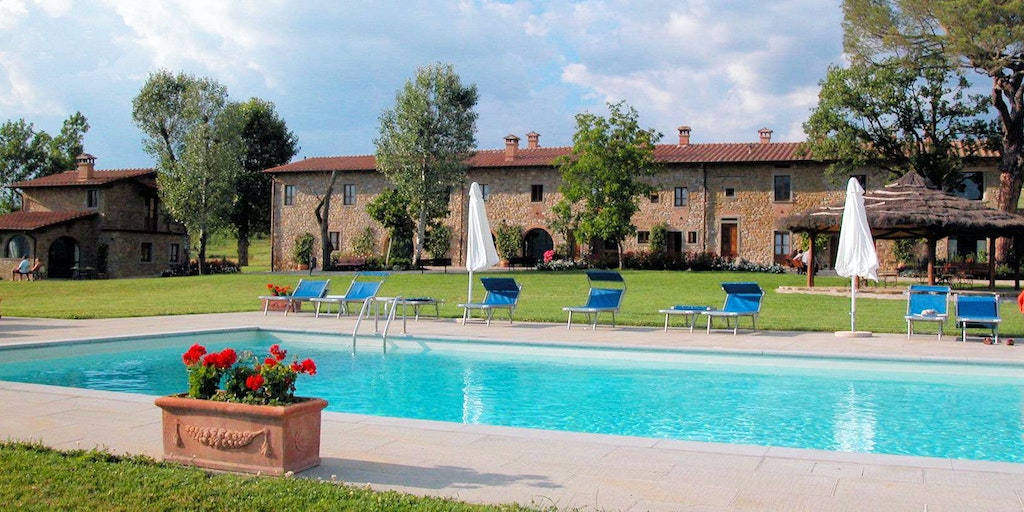 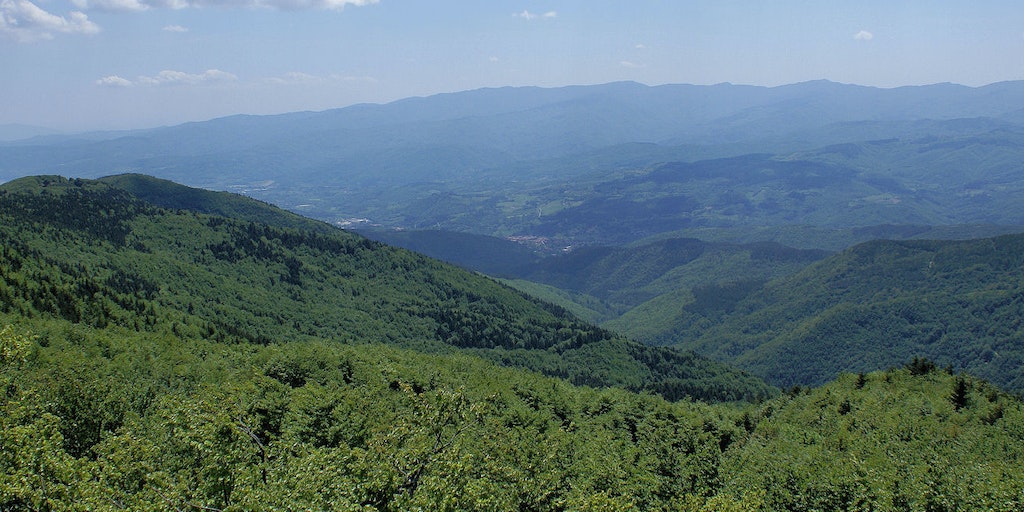 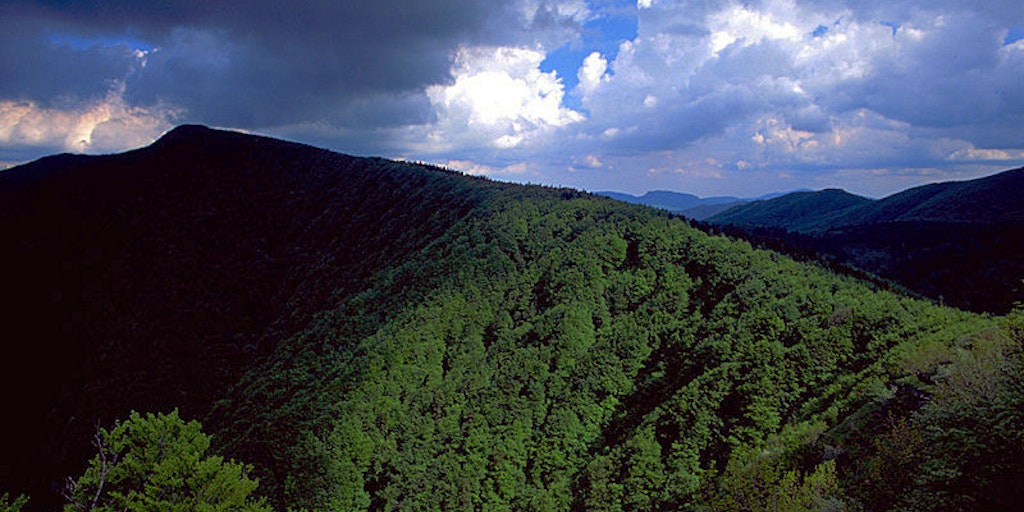 Il Pozzo
Capolona
It doesn't get much better ...
>>> Click here to read more 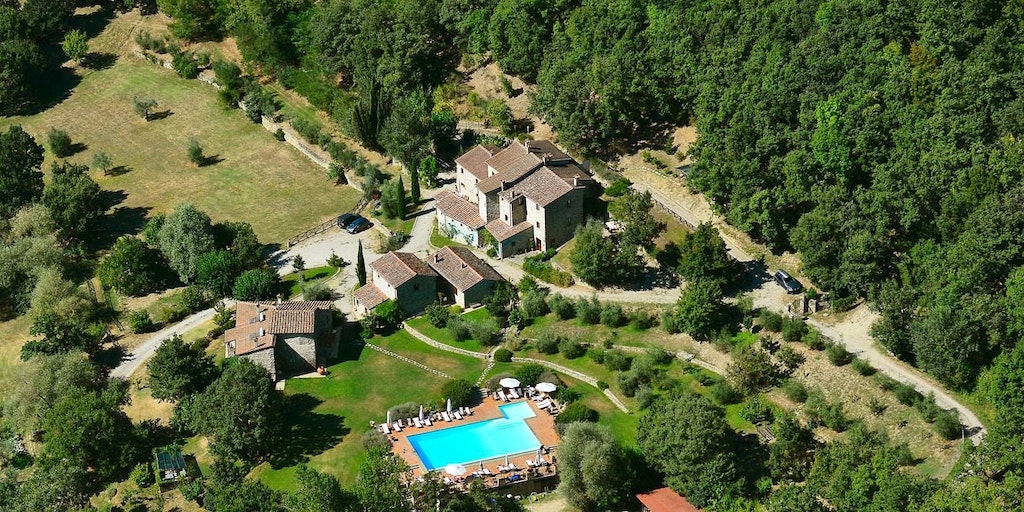 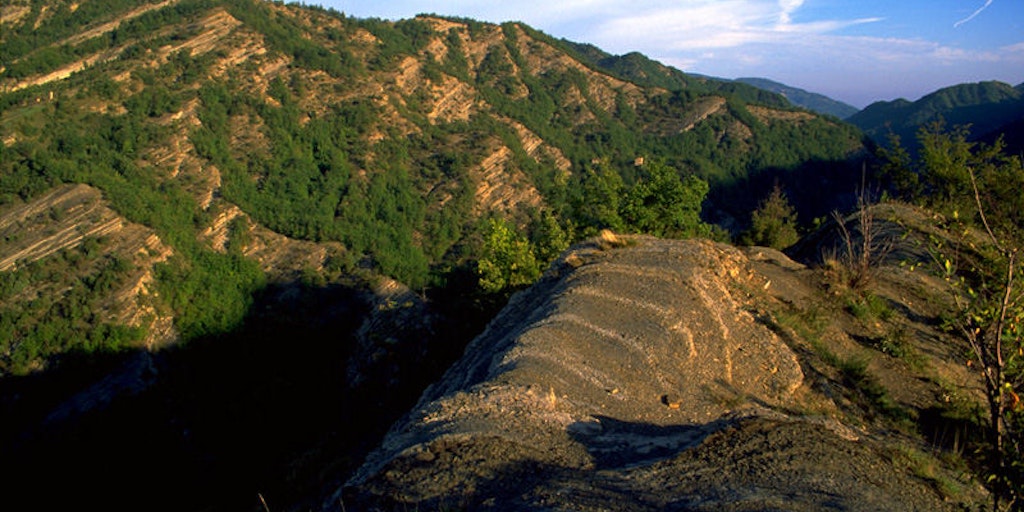 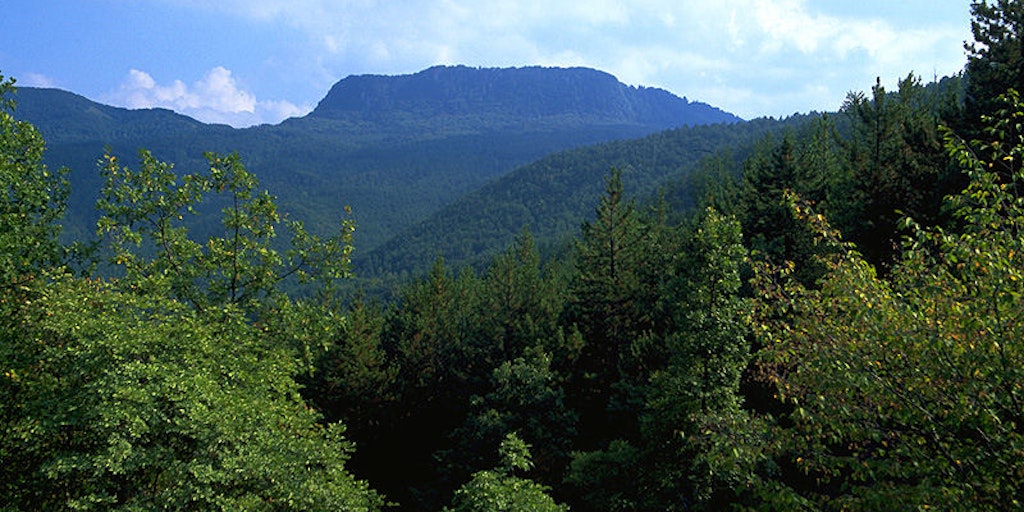 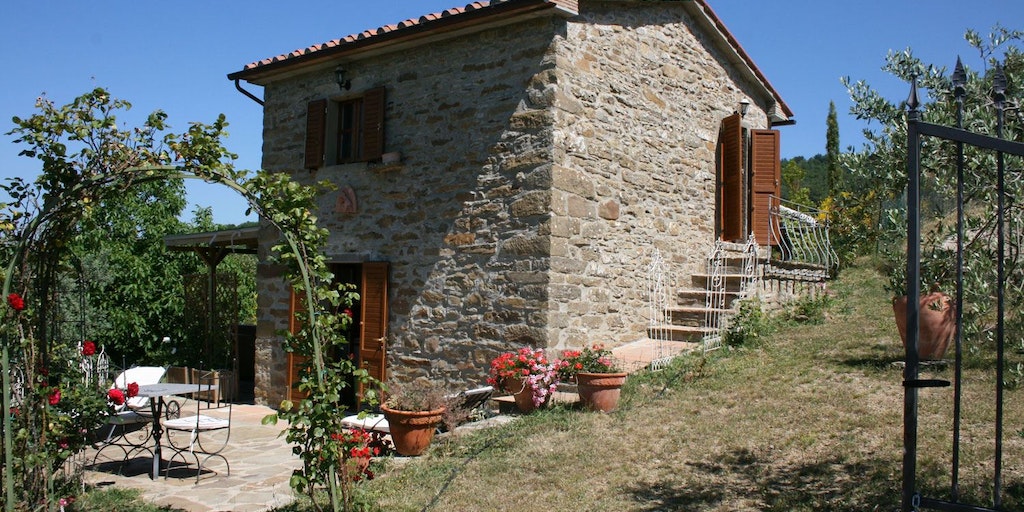 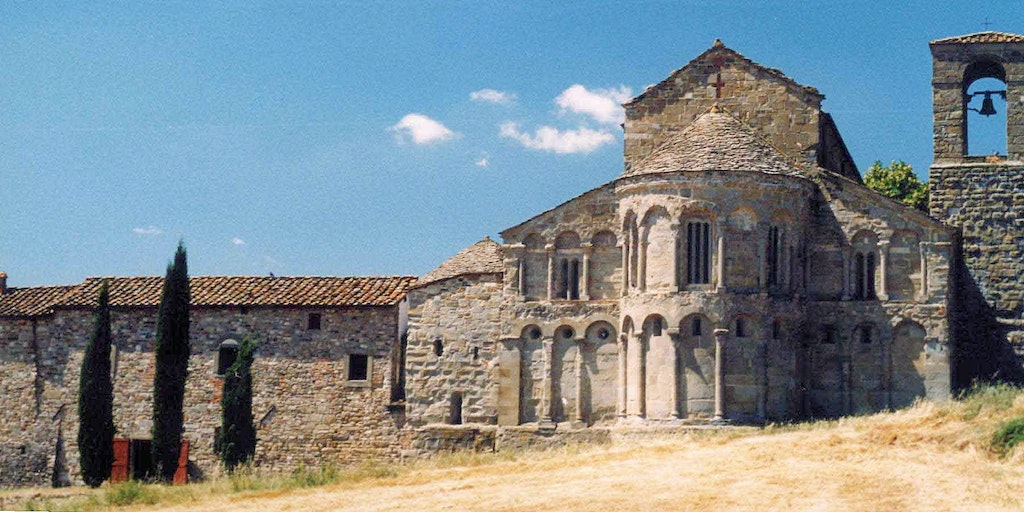 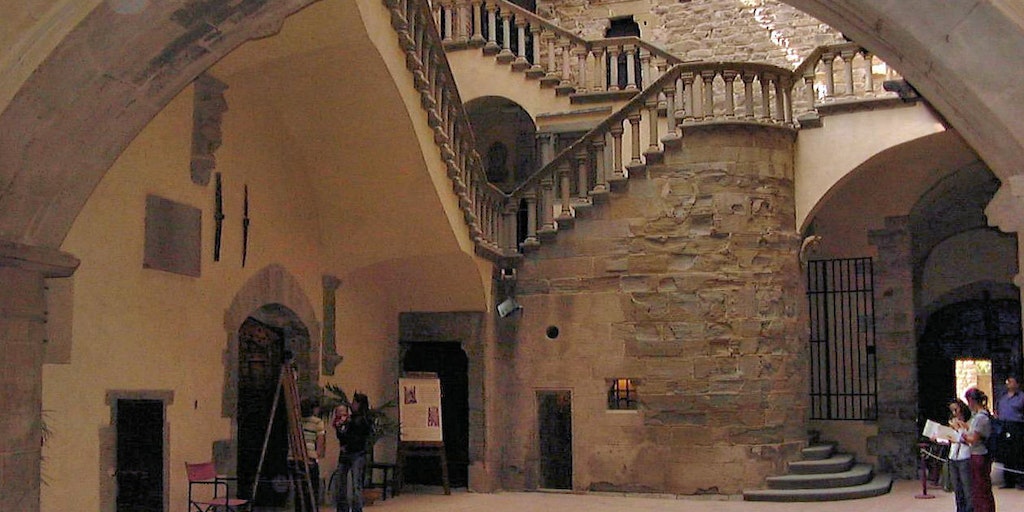 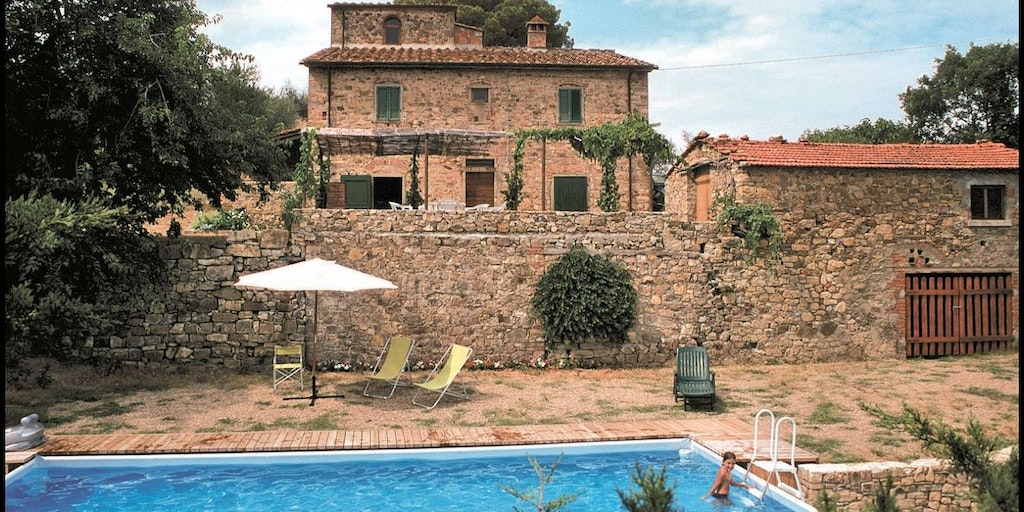 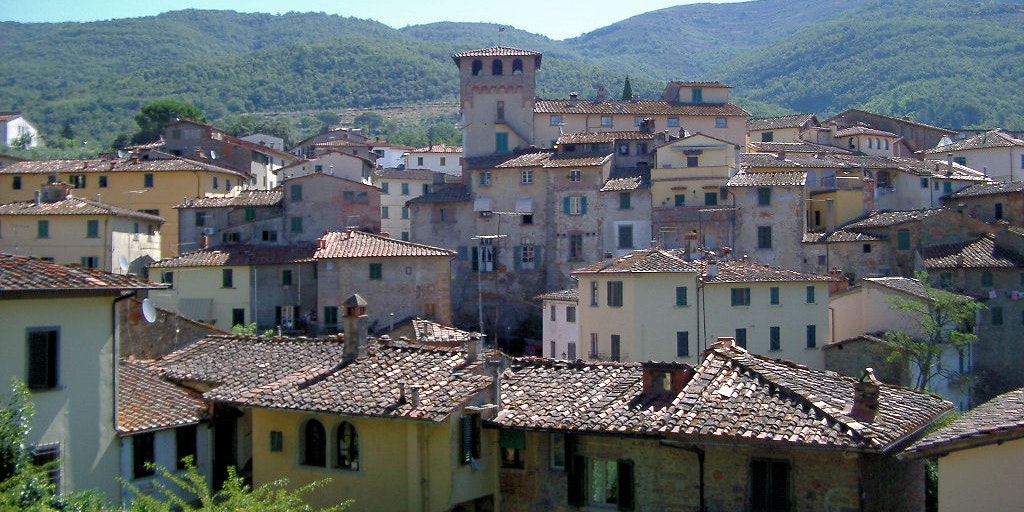 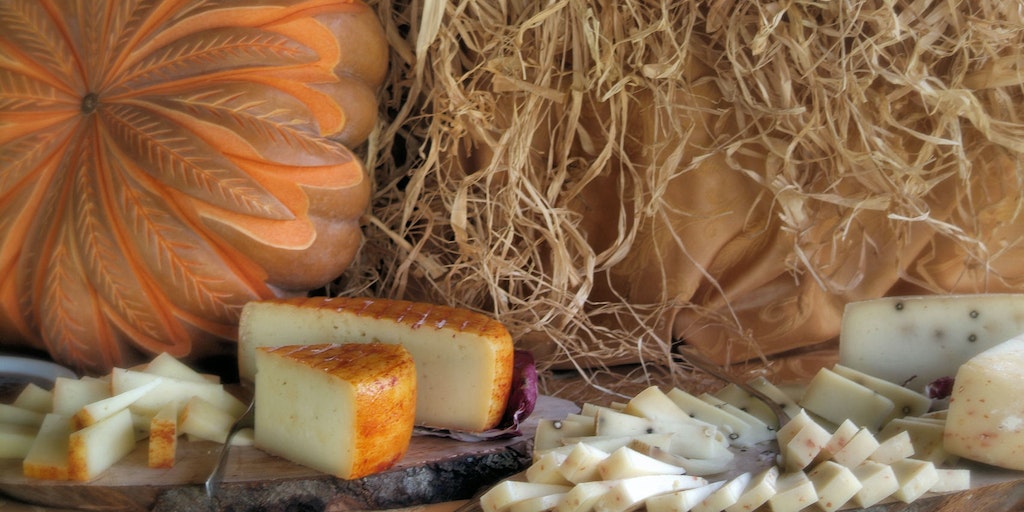 Loading content
The Casentino Valley stretches between Arezzo in the South and up to the town of Stia in the northeast of Tuscany. It is an area with much to offer and visitors can expect to see fascinating old churches and imposing castles in abundance, including Castello di Poppi. There are many beautiful medieval towns, each sitting on their own hilltop which during Feudal times formed a settlement with a nearby castle or palace.

Most popular cities in Casentino Valley

All cities in Casentino Valley

The Casentino Valley stretches between Arezzo in the south and up to the town of Stia in the northeast of Tuscany. It is an area with much to offer.

Visitors can expect to see fascinating old churches and imposing castles in abundance, including Castello di Poppi. There are many beautiful medieval towns, each sitting on their own hilltop which during Feudal times formed a settlement with a nearby castle or palace.

You will also find many classic works of art, art treasures and religious monuments in Casentino, such as the Verna Chapel, the Monastery of Camaldoli or in the historic area of Campaldino where the battle between Guelfi and Ghibellini took place on 11 June 1289. Casentino also inspired Dante to write some of the most famous sections of the Divine Comedy. It is even said that the old tower of the lesser-known castle Castello di Romena inspired the poet Dante in his creation of the volume on hell.

Here at Casentino Valley you will find plenty of fresh air and opportunities to stay in close contact with unspoilt nature. If you prefer to be active during your holiday, you can participate in a number of outdoor activities including mountain biking, horse riding, trekking, swimming, fishing, paragliding, and skiing in the winter. Canoeing is popular in the summer months at the Arno river where it has an outlet on Mount Falterona or at the sulphurous springs at Chiatignano. Much of the area is protected and forms The National Park - Parco Nazionale delle Foreste Casentinesi where there are 600 km of trails to be explored!

The national park consists of many ancient forests of fir, beech and chestnut trees (some of which are up to 500 years old), and it is rich in flowers, plants and wildlife. In the centre of the forest you will find Europe's oldest natural reserve which is called Riserva di Sasso Frattino. It appears as a small untouched and impassable jungle and is most tranquil. Once you have visited the area you will understand completely why the area is a national park.

Here as in many other areas of Tuscany, the Etruscans have left their trace. One of the area's most important archaeological sites is at Lago degli Idoli where the Etruscans considered the Falterona mountain as sacred and threw offerings in the Ciliegata Lake located near the source of the river Arno. Some of the Etruscan remains found here are kept in the British Museum in London, and some in the Louvre in Paris. Various rulers have influenced the valley throughout the years, while Casentino has influenced the neighbouring region of Emilia-Romagna since they were joined together for nearly 500 years. From the mid 14th Century to the days of fascism, they were part of the Emilia-Romagna administration. The Dukes of Tuscan used to call the western part of the Emelia-Romagna region "Romagna Tuscany".

Monuments worth seeing: The National Park has two important monuments that both have a historical but also spiritual value: There is the dwelling hermit at Camaldoli built by San Romualdo in the year 1012, depicted as meditating undisturbed. One of the reasons that he chose this place is because he thought that the forest had a healing effect on both the mind and body. Making use of the forest was part of the rituals of the monks at the chapel in Verna.

The Chapel of Verna was erected on the mountain and given as a gift to San Francesco of Assisi by Count Orlando of Chiusi in 1213 so that he would create a sacred place for contemplation. The chapel is surrounded by large rock gorges on one side and a forest on the other side that has been preserved by Franciscan monks over the centuries.

Traditional products from the Casentino: "Tell me what you eat and I will tell you who you are" is an old saying that has always had a place in the language of the people from this area. One area uses chestnuts, corn, tomatoes, potatoes (especially the potato patata rossa di Cetica - originally from Scotland) and fungi as basic food, and then there are local dishes such as Acquacotta (meaning boiled water but which is a simple soup) and Scottiglia (many different kinds of meat in a basic sauce of onions, garlic, celery, carrots and tomato and hot spices). This cuisine is also known for their ham "prosciutto of Pratomagno", and for their frequent use of wild boar, hares, frogs, trout and eel in dishes. Here you can also find the small yellow Zolfino bean which is particularly delicate and soft in taste.

Gastronomic heritage:
The National Park and several local institutions have a strong association with the Slow Food movement to promote the local products from Casentino Valley and the region's rich gastronomic heritage. It is a heritage that connects thousands of years of man living in close contact with nature.

The wine in Casentino is far less known than the wines from the more central parts of Tuscany. However, they do extensive work in this area to promote their wines and they are definitely worth a taste! The three major producers in this area include Gianni Ceccarelli from Poppi, Don Arrigo for the monks of Camaldoli and Lorenzo Massart from the company Poggiotondo in Subbiano (you can read more here: http://www.poggiotondo.it).

Rating 4,2 of 5
Very good
Based on 47 reviews
See customer reviews

A nice place for hiking

This is a less known area of Toscana, so you wont be seeing as many tourist as in other part of Tuscany. From here its easy to reach cities as Florenc... e (45 min. by car). There is a big supermarket nearby COOP. And you will find small villages and castles in the area. Relax by the pool! Read more

Easy to find good food and wine - lovely when you find the small streets.

View all reviews of Casentino Valley