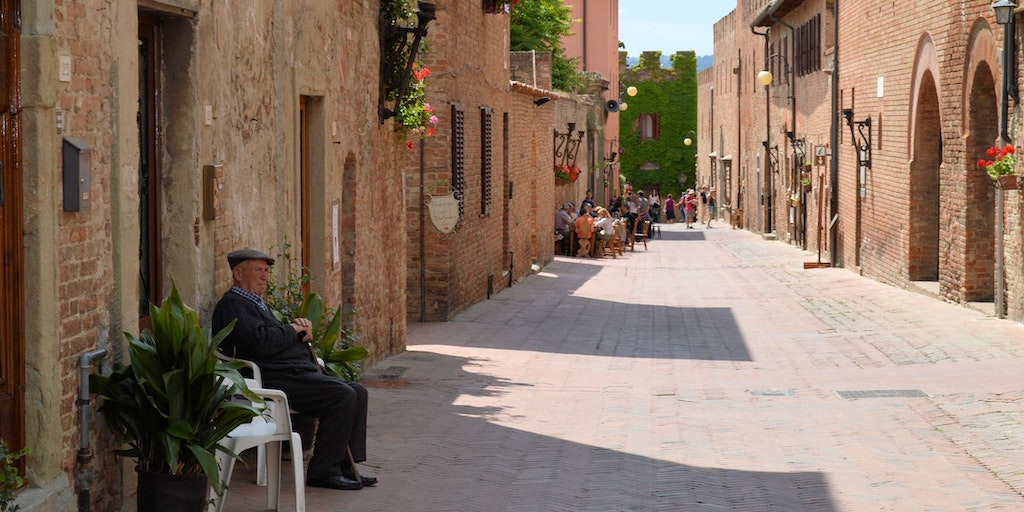 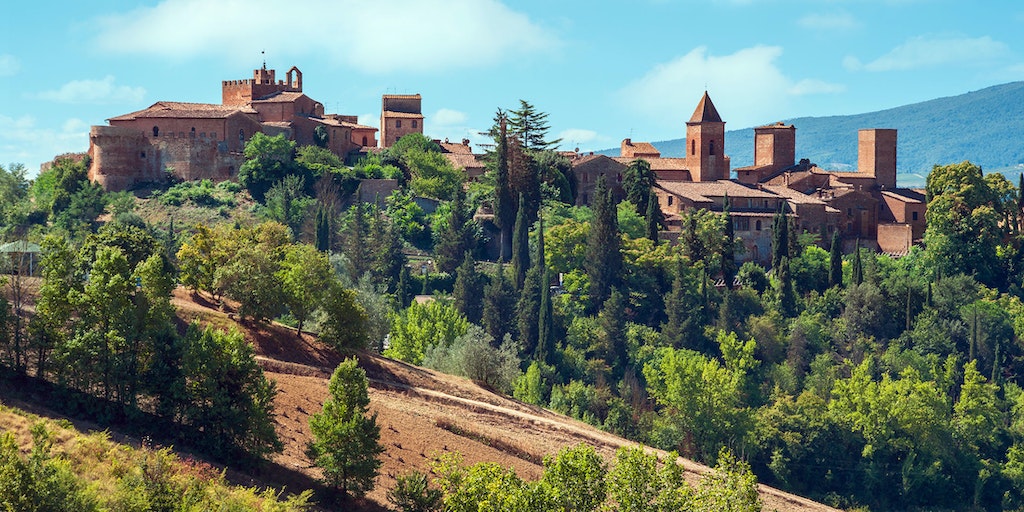 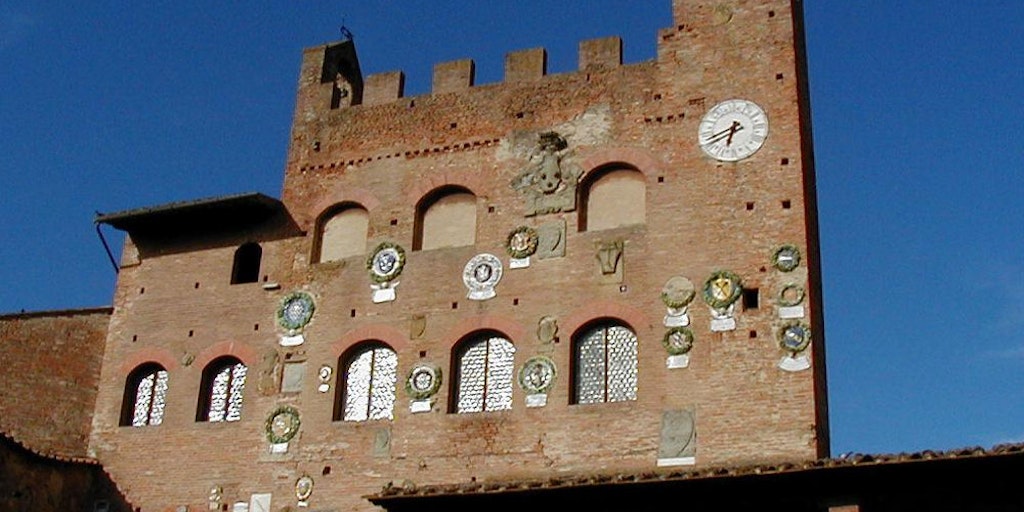 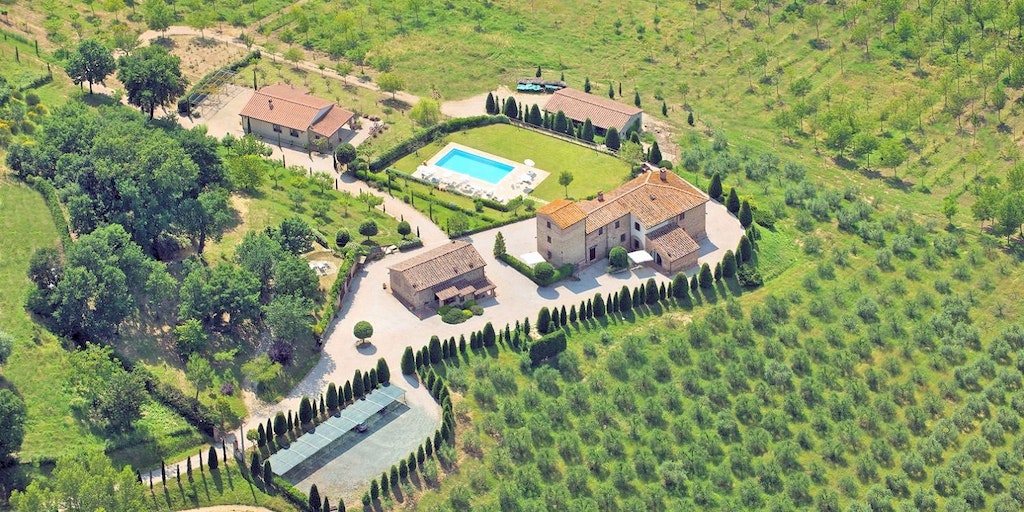 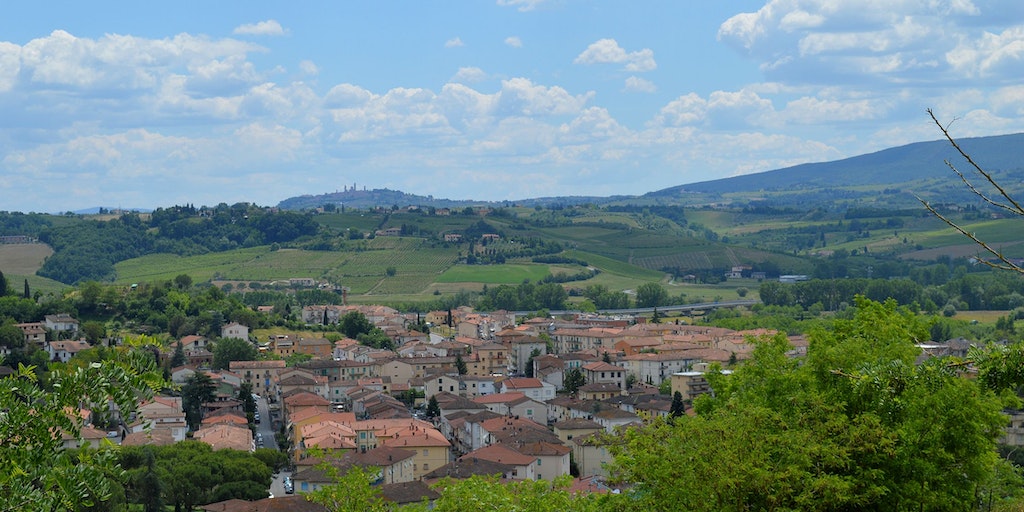 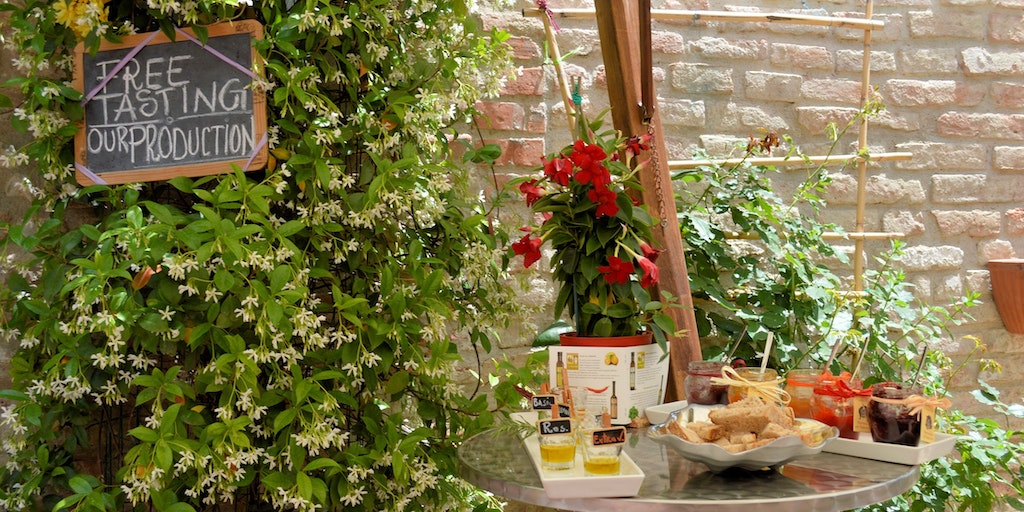 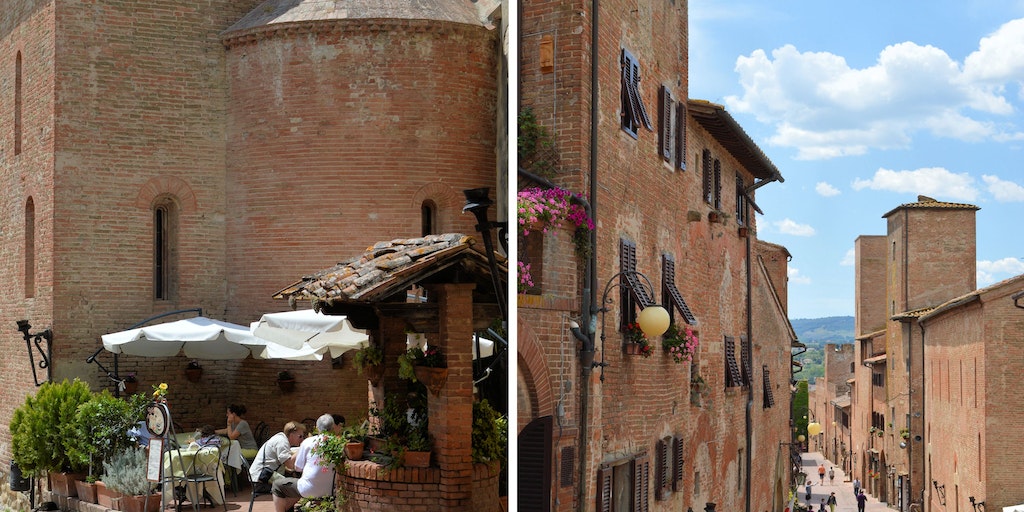 Loading content
Certaldo is in many ways a typical Tuscan town, and yet it is so special. It consists of both a new neighbourhood dating from the 1700's onwards, and an old part that dates way back. The specificity of Certaldo is that the old town is located on a hill high above the new town, in fact so high that a funicular connects the two parts.

Certaldo is located outside of Florence in the valley Val d'Elsa. The town is in many ways a typical Tuscan town, and yet it is so special. It consists of both a new neighbourhood dating from the 1700's onwards, and an old part that dates way back. The specificity of Certaldo is that the old town is located on a hill high above the new town, in fact so high that a funicular connects the two parts. Certaldo was one of the most important cities in the valley during the Medici family rule in the Rennaissance. Today, the town is certainly one that you should visit due to its history and its beautiful artistic outer city.

There is a train station in the new town, so you can arrive here easily and get from here to the other important towns and cities of Tuscany. The town's location in the heart of Tuscany makes it also ideal for excursions. We may, among other things recommend that you get to see the neighbouring towns of San Gimignano, Tavarnelle Val di Pesa, Volterra and Colle Val d'Elsa, before heading out into the Tuscan countryside.

- The Old Town, Certaldo Alto is rich in fascinating artistic monuments which are scattered around the town's streets and squares. One notable building is the Palazzo Stiozzi Ridolfi, which occupies a large area of the ancient fortress village. The building consist of two towers, each of which faces respectively towards Costa Alberti e Via Boccaccio, and a spacious inner courtyard with a portico. The building dates from the 14th Century. Another important building is the Palazzo Giannozzi, which is characterized by its details from the 1300's. This building runs along one of the more peculiar streets that connects Piazza SS Annunziata with Porta al Sole.

- In Certaldo you can also visit the famous Italian writer Boccaccio's house located on Via Boccaccio, which today is an important library and a centre for the study of Boccaccio and his works. In Chiesa S. S. Jacopo e Filippo, a Romanesque church from the 12th Century and which houses a cloister and a museum of sacred art, one finds the mortal remains of Boccaccio and after Certaldo's patron saint of Beata Giulia dalla Rena.
- Another palace worth seeing is Palazzo Pretorio which was originally built as a castle of the Counts Alberti in the 1200's. The knight's room is remarkable with depictions of a Mary with baby Jesus made in 1489 by Pier Francesco Fiorentino in addition to a crucifix dating from 1489. The palace also houses the narrow. old jail cells, which is on the floor of a collection of modern art! The inner courtyard has been given a make-over by the artist Hidetoshi Nagasawa and houses a Japanese tea house.

You may be lucky enough to be here when one of the noteworthy annual events occurs:
- Mercantia - a hodgepodge of street theatre, music, dance and crafts are held in the old town surrounded by a medieval poetic atmosphere where performances and street stalls stand side by side in the old alleys and small squares.
- Boccaccesca - a gastronomic exhibition of traditional products in the Slow Food movement.
- In September there is a historical parade in the town where participants stroll the streets clothed in original medieval costumes. The procession goes through the streets of the old town until Piazza Boccaccio, where it ends with a show of one of Decamerons short stories .
- There is also the annual Tuscan International Jazz Summer School And Arts Festival which takes place over one week. Here you can participate in courses, watch shows and listen to concerts.

Finally, you can be a guest at a medieval dinner. The tables are covered on the main street in the old town for a festive evening in the spirit of the 1300's. The waiters help to get in the mood by donning costumes from the era.