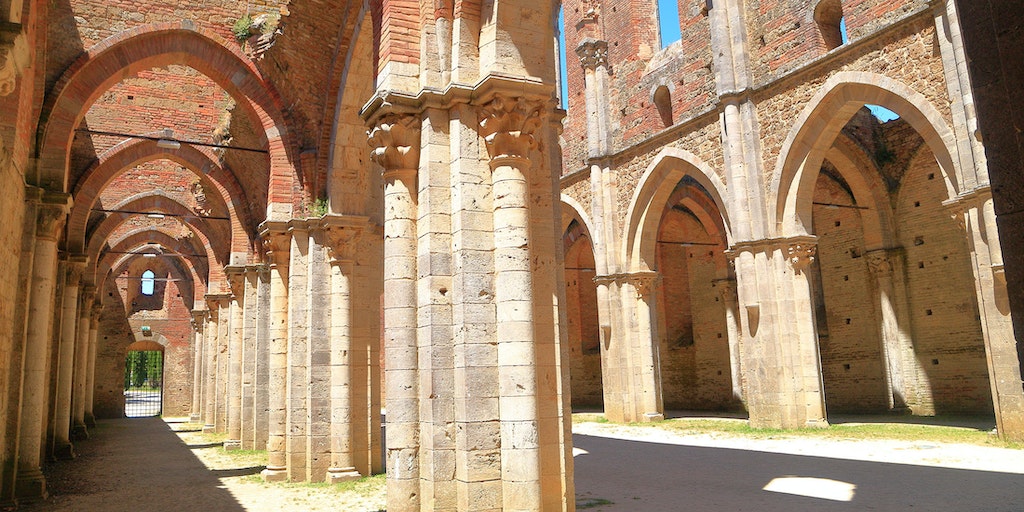 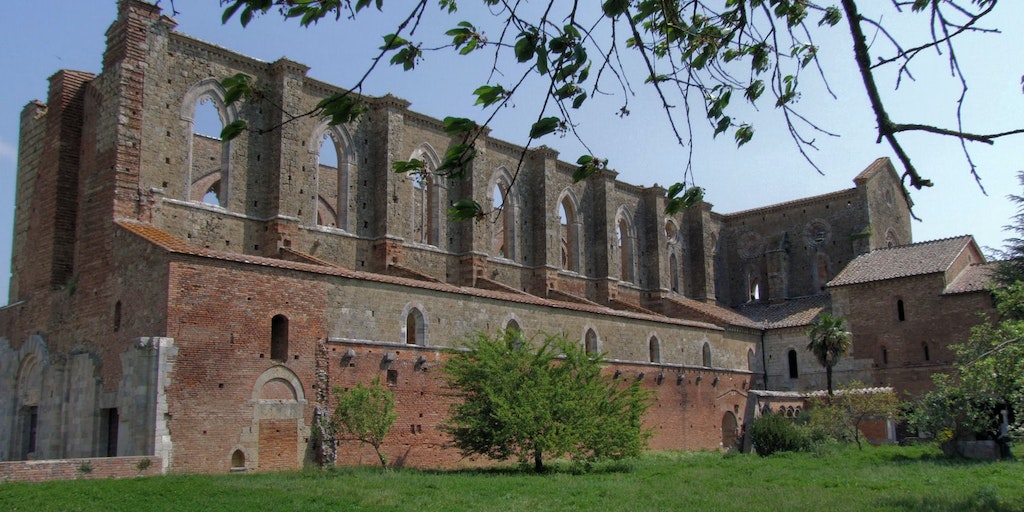 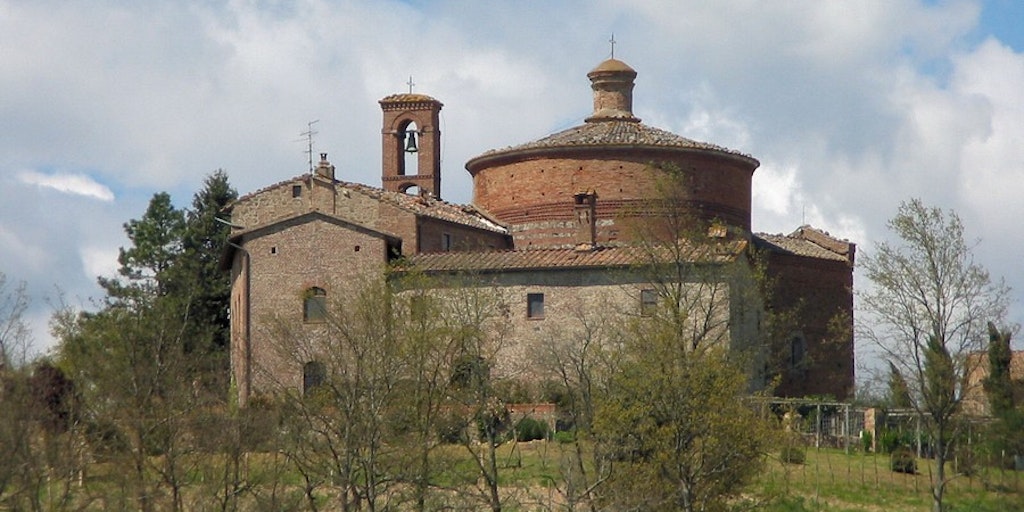 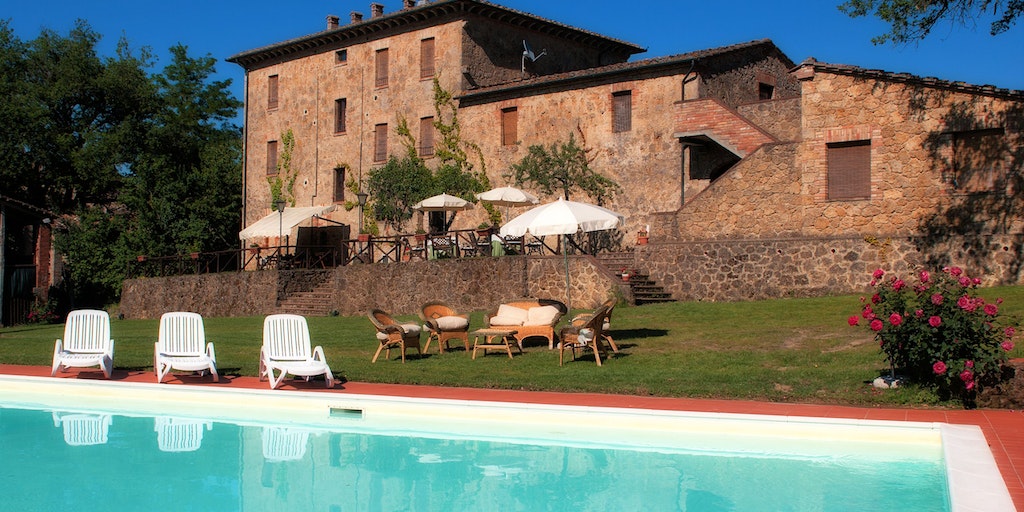 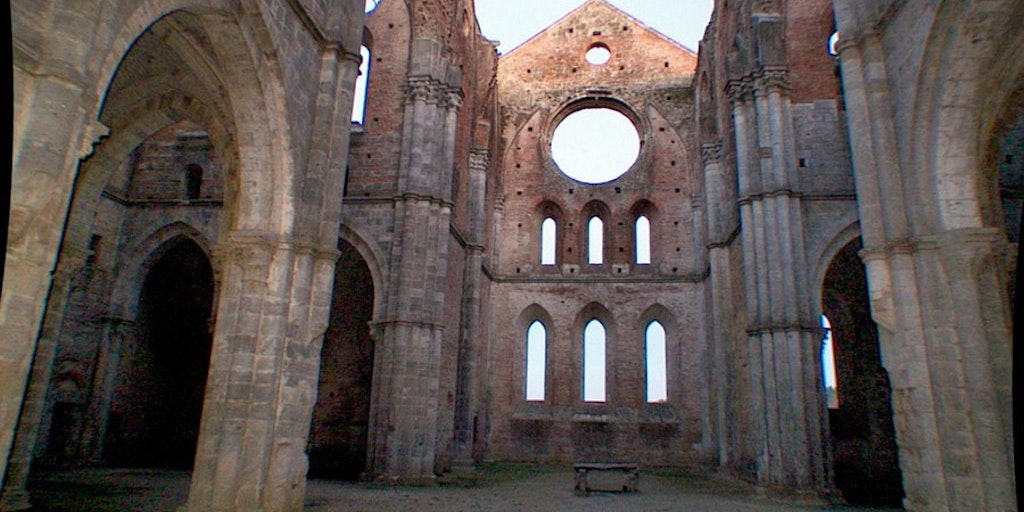 The monastery and the legends of the knights

In the Tuscan countryside, in the small town of Chiusdino lies the San Galgano district, which is also known as Galgano Guidotti, as in the 12th century lived a knight as a hermit and was seen by the Catholic Church as a saint

Following this visit, the Galgano decided to turn to religion and became a preacher in Siena and the surroundings.

In San Galgano exactly the opposite happened. According to legend, in 1170 Archangel Gabriel appeared in the bedroom of the turbulent and noble knight, and from then on, it changed his life and attitude. The Knights began to preach in Siena and surroundings.

After meeting with Pope Alexander III he retired in 1180 from the public in spite of the contempt of the other knight and his mother's tears. He retired as a hermit on the hill Montesiepi in solitude, put down his sword in the stone so that it formed a cross. Galgano died shortly thereafter in 1181, but this sword is still in the rocks, and shortly after his death a chapel was dedicated in the heart of the Church. The church is a fascinating building with a small chapel, where you can also admire the frescoes of Ambrogio Lorenzetti. He is famous because of the "allegory of good and bad government" in the Palazzo Public together with brother Pietro.

A few hundred meters away from the church you can visit the exciting and fascinating scene of Tuscany, the Abbey of San Galgano, a large and powerful Cistercian abbey (monastery) which was built between 1220 and 1268t. The construction style was obviously inspired the French Gothic style, that can be compared to the abbey in the cathedral of Chartres. This monastery reached its heyday 150 years after the construction. In the second half of the 14th century it was abandoned, since it was appointed to the noble families.

The monastery treasures were sold individually, the lead roof in 1150. At the end of the XVIII century, attempts were done to let the monetary revive again. Unfortunately it was too late it already lost its religious function. Today only a few original features of the abbey can be seen, but works nevertheless very majestic. The canopy and the lawn areas are the symbol of the sad decline, but still, it is a fantastic side and certainly one of the most beautiful churches in the world.