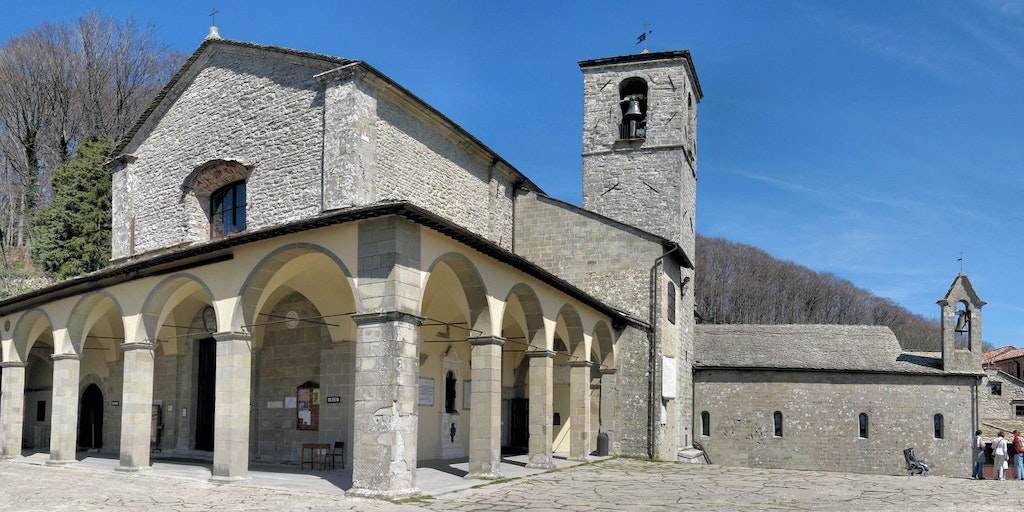 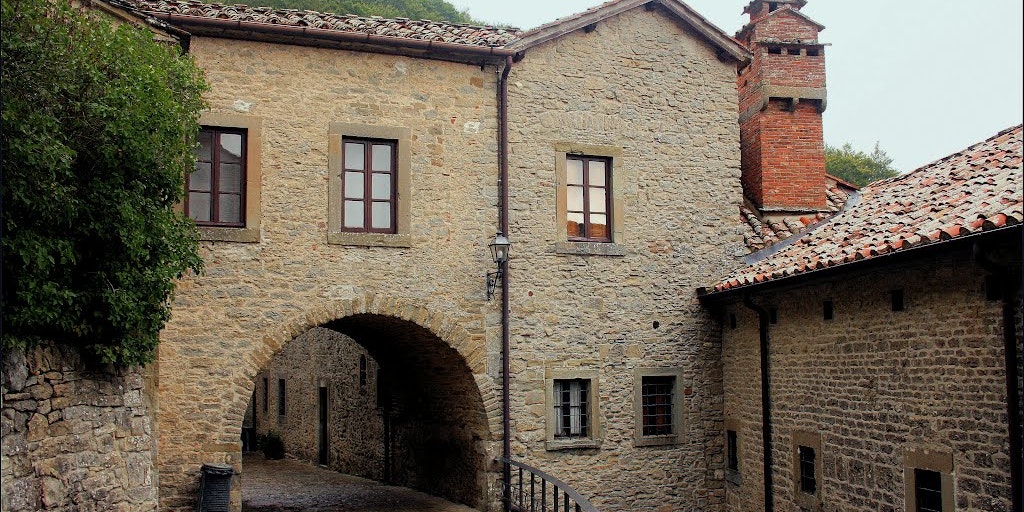 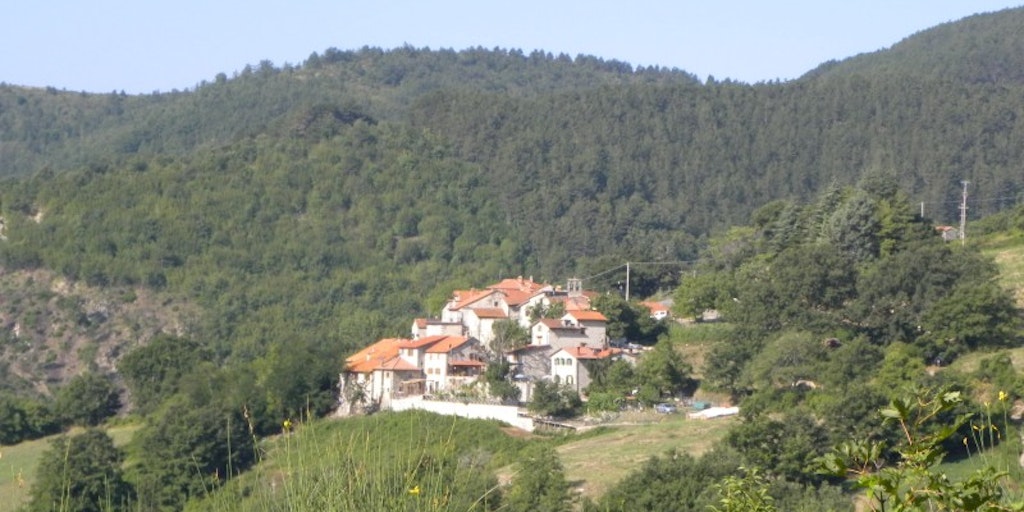 The small town Chuisi della Verna is located in the valleys between the rivers Arno and Tevere in a strategic position between Casentino and Valtiberina in a green and lush landscape.

It is on the outskirts of the nature reserve Parco Nazionale delle Foreste Casentinesi. Here you will find various restaurants, cafes and shops.

The town's population of just over 2,200 inhabitants probably doesnt exceed the number of pilgrims that visit the town each year and especially the nearby holy place '"Santuario della Verna". This is where the founder of the monastic order - Francesco d'Assissi - after a prayer on the mountain in 1224 received the stigma with marks on his hands, side and feet - just as Jesus did at his crucifixion. Until his death, a few years later, Francesco d'Assissi still had the characteristic wounds.

On October 04, the anniversary of St. Francis of Assisi's death is celebrated with a communion where the mayor of the town offers holy bread and wine to the monks from the Franciscan Order in accordance with an ancient tradition. Other traditions include: first Sunday of July sees a celebration at Casella located at 1260 metres altitude which was built in memory of Francis of Assisi.