Hotel in Cortona in Tuscany 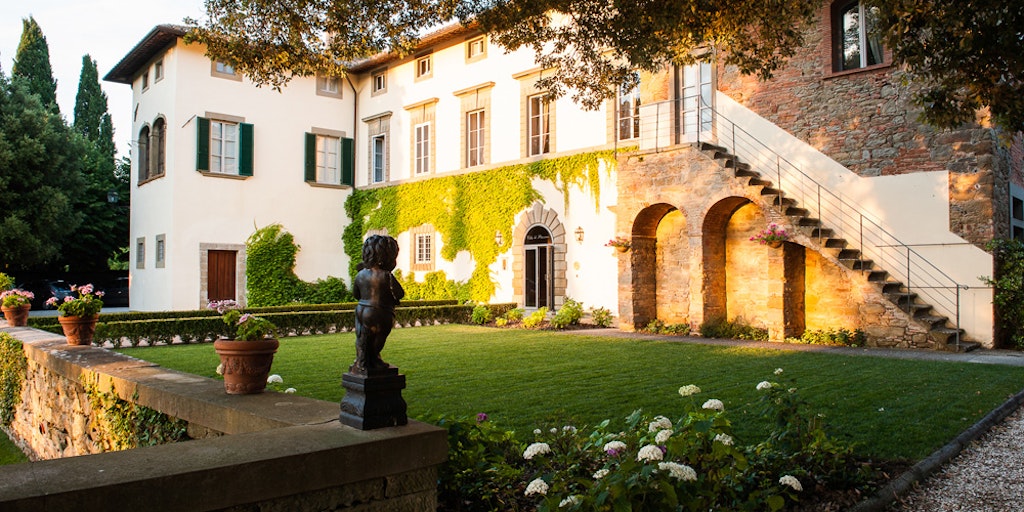 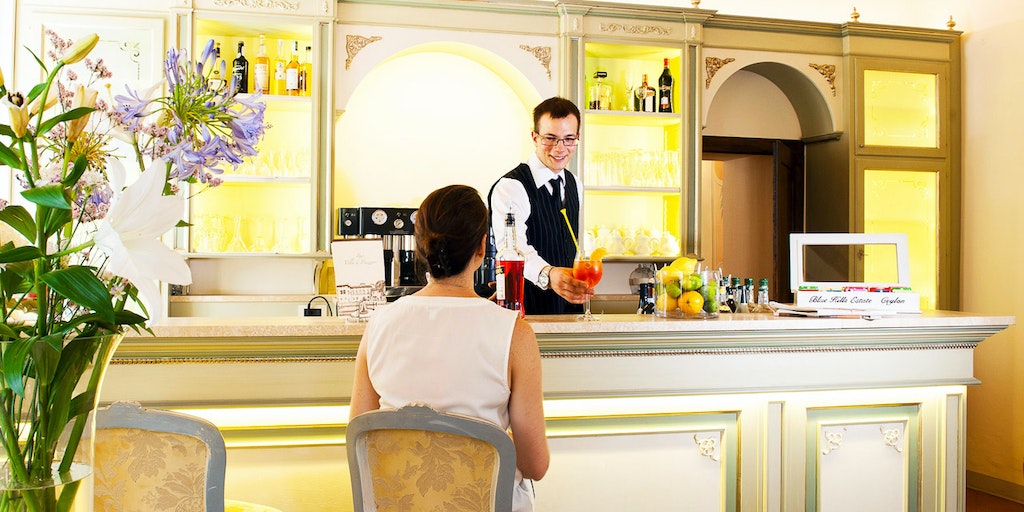 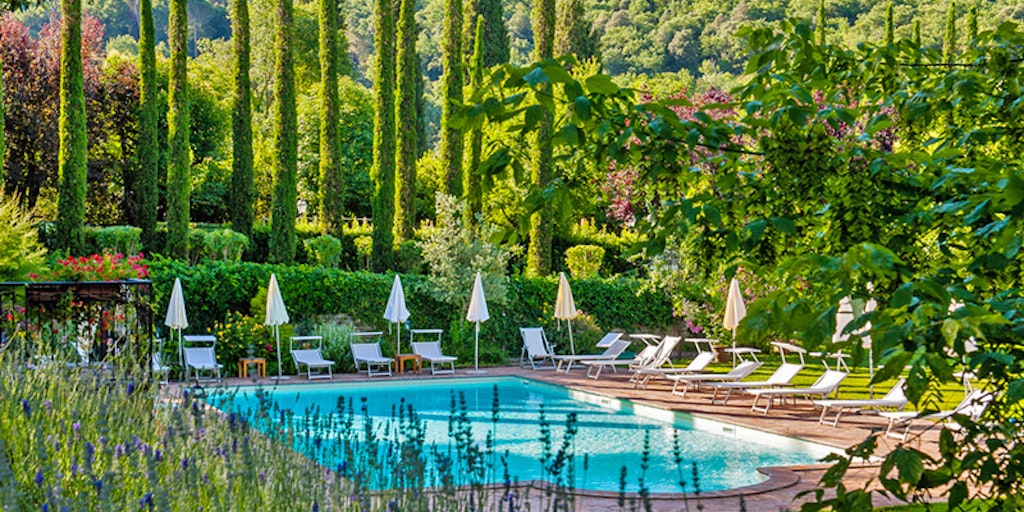 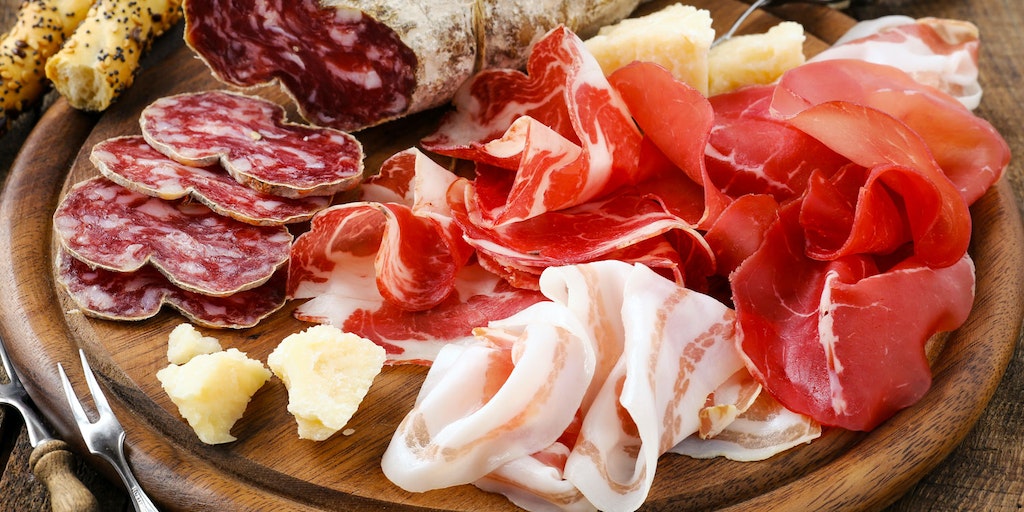 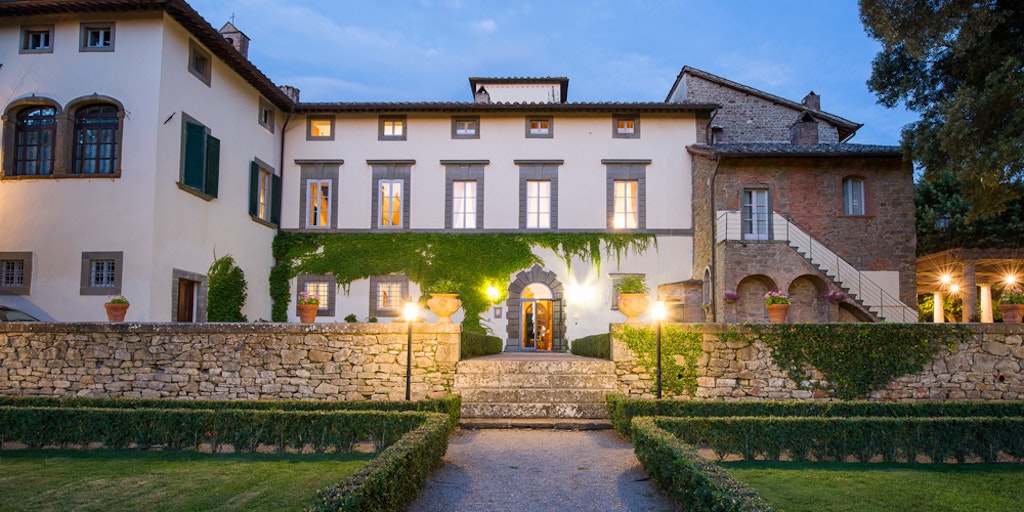 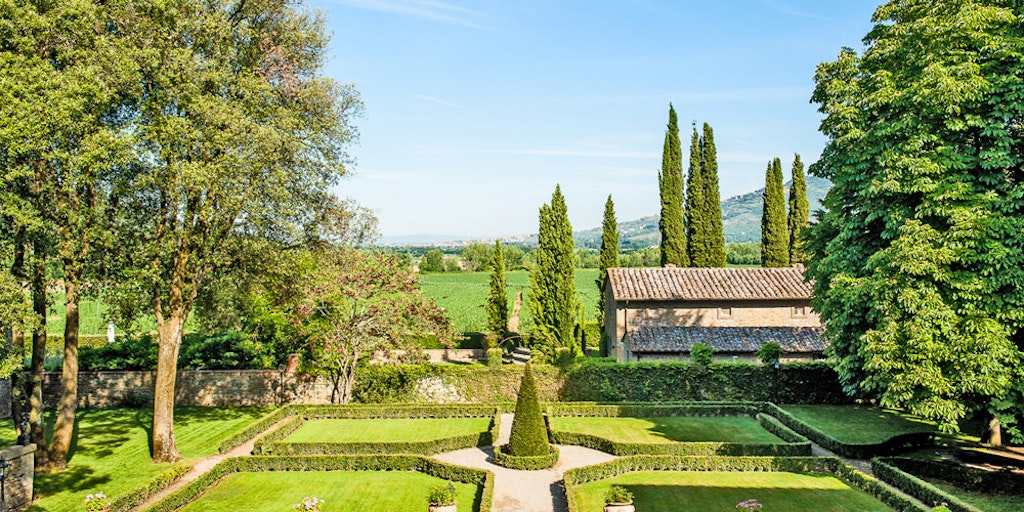 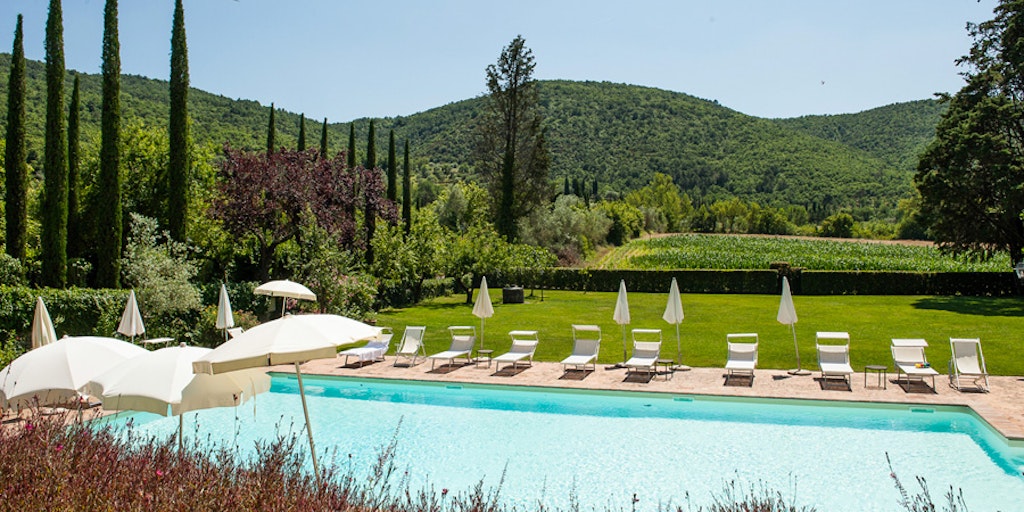 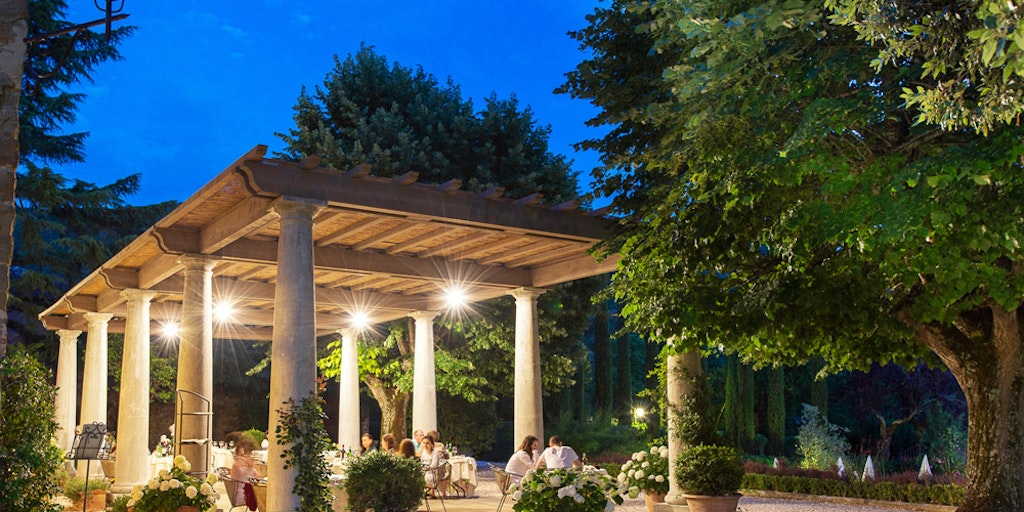 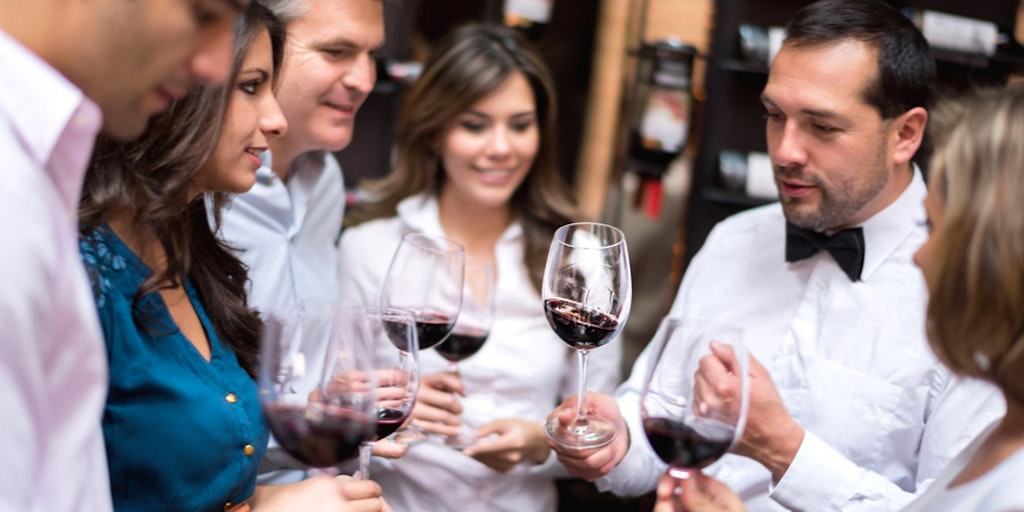 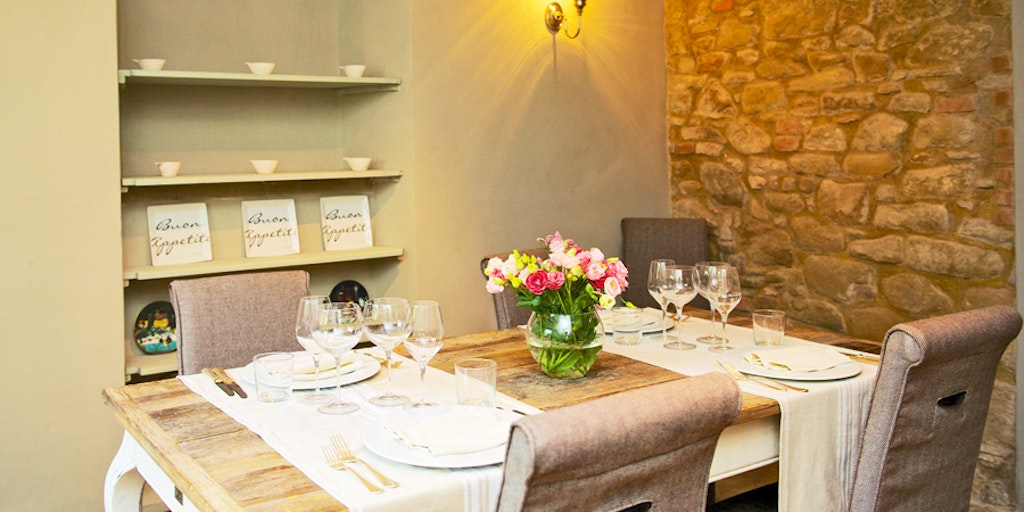 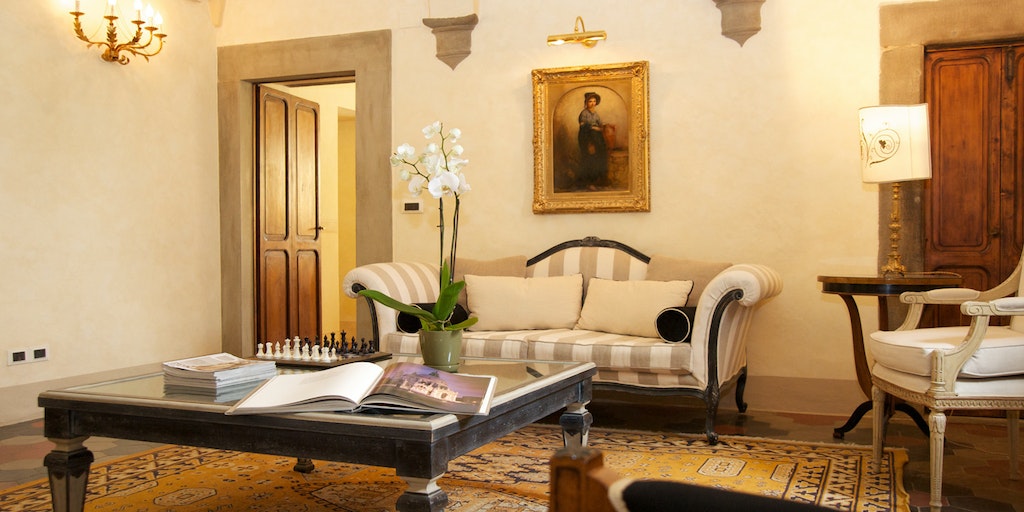 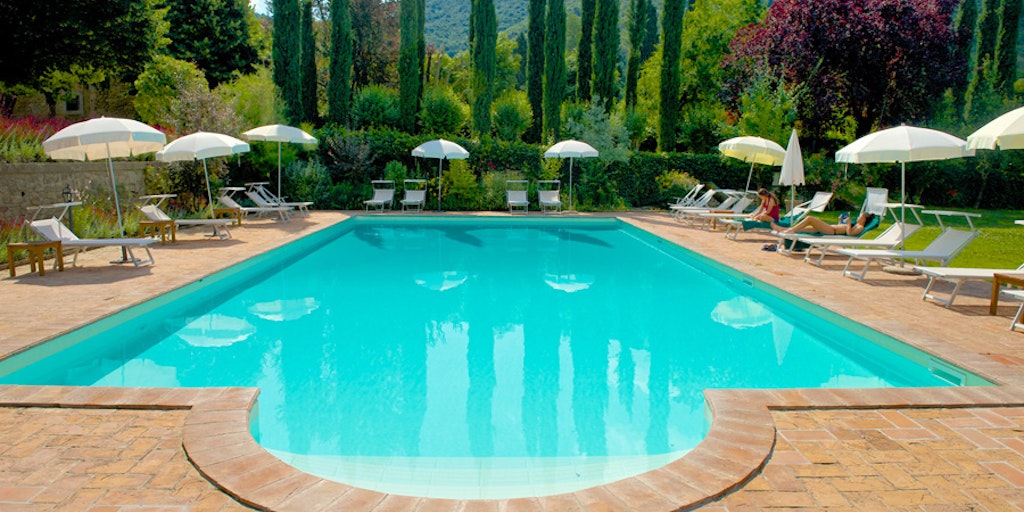 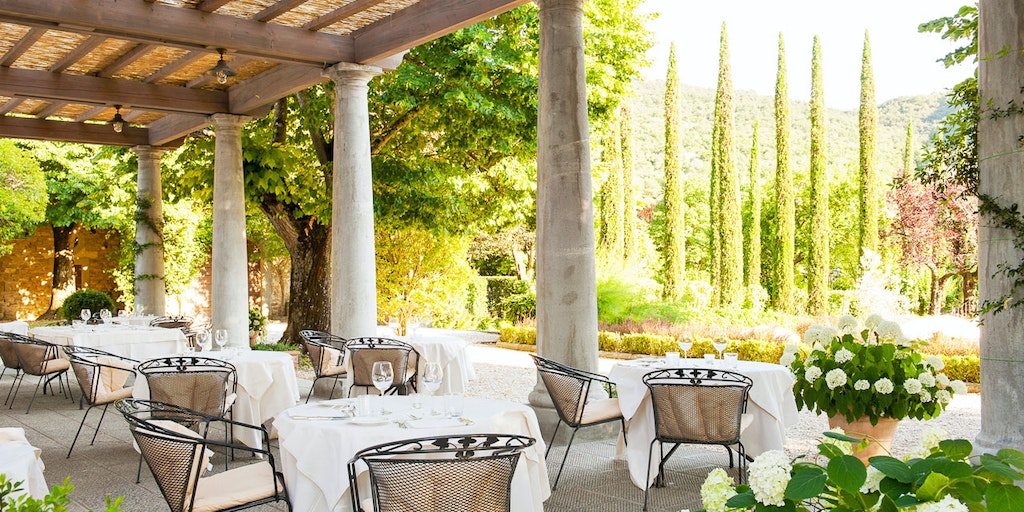 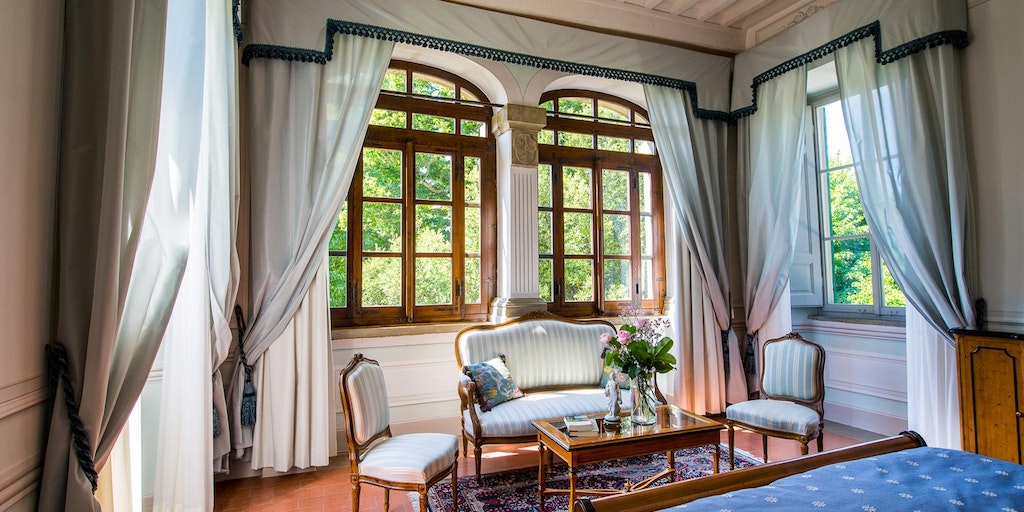 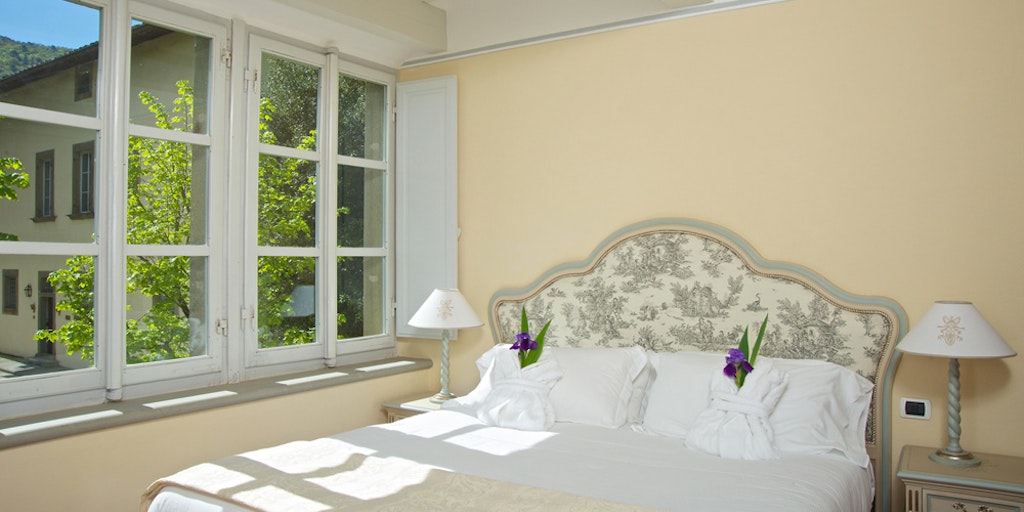 Villa di Piazzano is a most impressive villa situated on the slopes between Cortona and Lake Trasimeno. We have seldom seen more sophisticated rooms and atmospheric surroundings!

The villa is approached down a gravel driveway flanked by tall cypresses on both sides. The villa was built as a residence for Cardinal Passerini, who ruled over Cortona and contributed to its architectural and cultural development. The villa was elegantly restored in year 2000 by a diplomat family, who designed it as their place to retreat.

The villa is surrounded by an immaculate garden on one side and a large private park on the other. In the garden behind the house there is a swimming pool, where it is possible to take a refreshing dip.

As can be expected from such an old building all the rooms are different. However, antique furniture and tasteful interior design abound. All the rooms have air conditioning, mini bar, satellite TV, telephone and en suite bathroom with shower or bath and toilet.

Breakfast is served either in the breakfast room on the ground floor or in the garden under the big century-old trees, with the sunlight dappling through their leaves. On site there is a reception and a car park.

The place is recommended for couples and families, who seek a magnificent and classic Tuscan experience, the Tuscany we all know from Renaissance history and literature. Excursions and good restaurants are plentiful in the area - there is though a small restaurant also at the villa - and in the evenings you can always withdraw to your elevated residence.