Agriturismo in Fivizzano in Tuscany 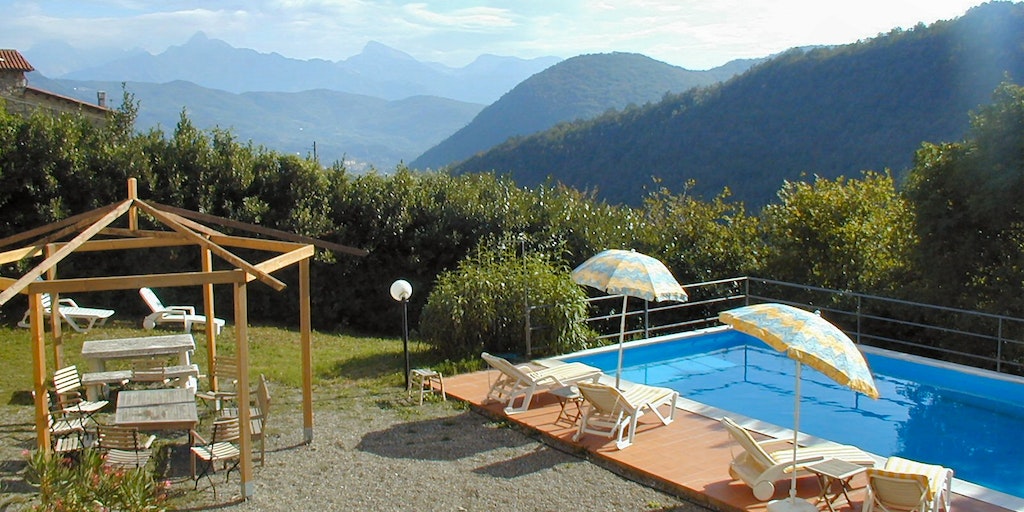 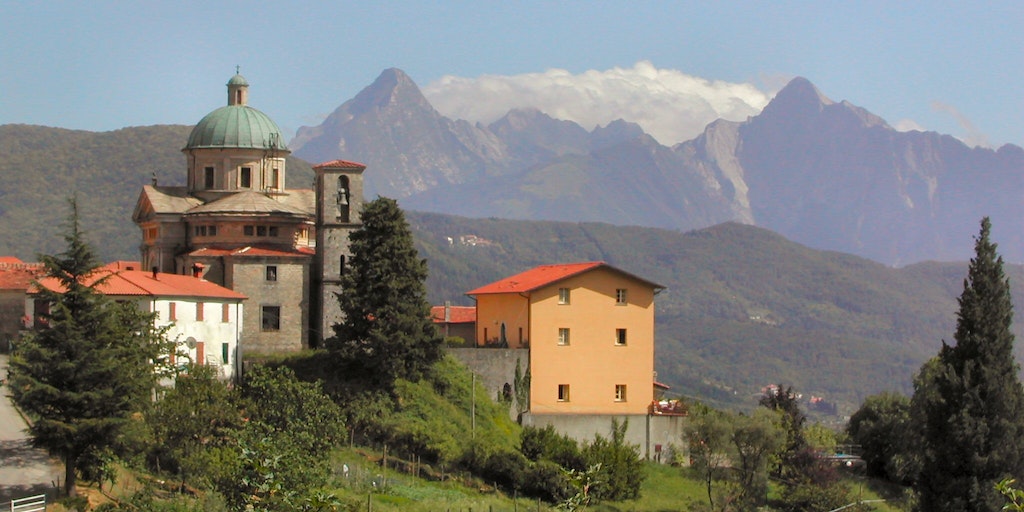 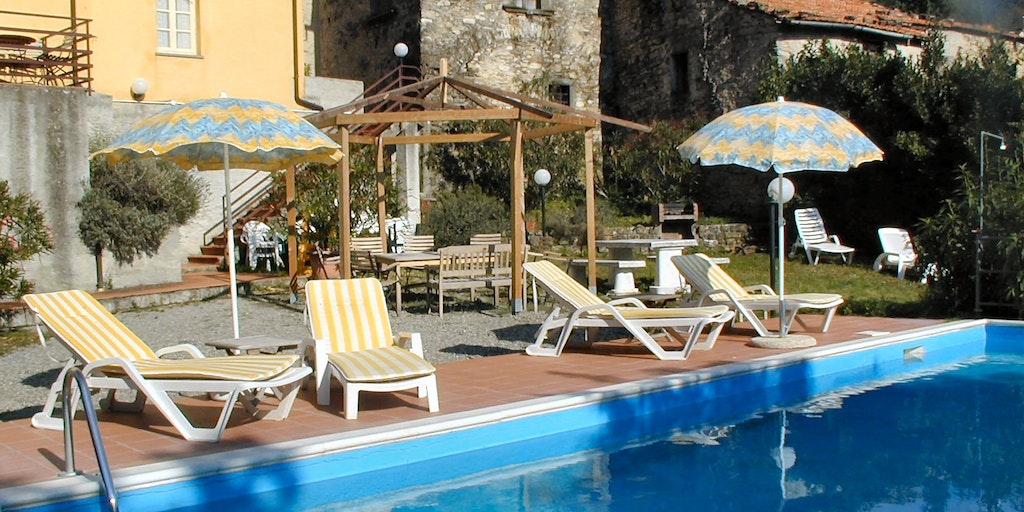 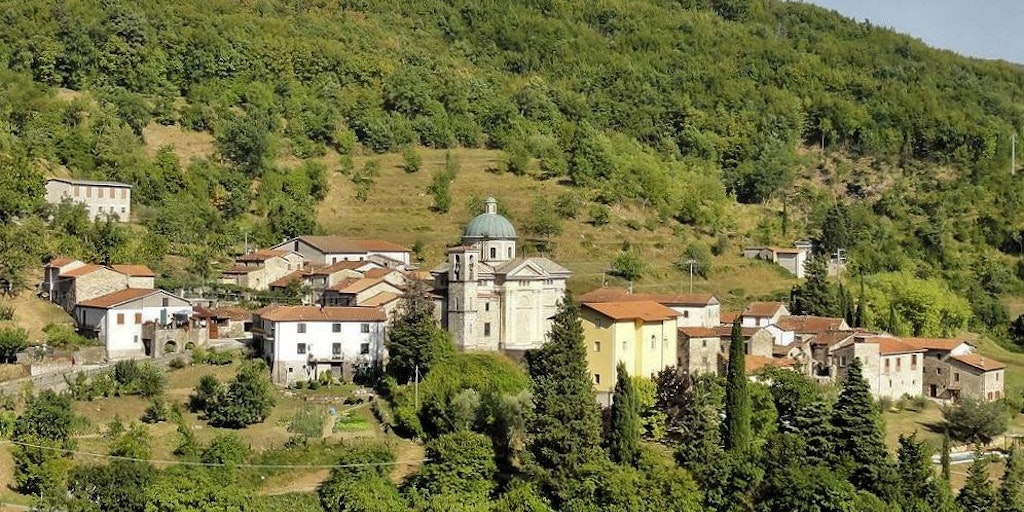 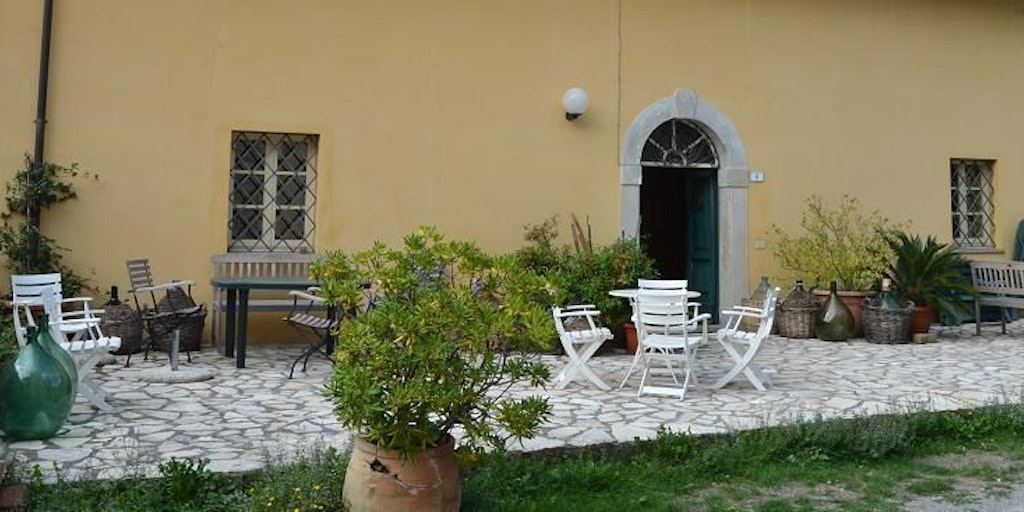 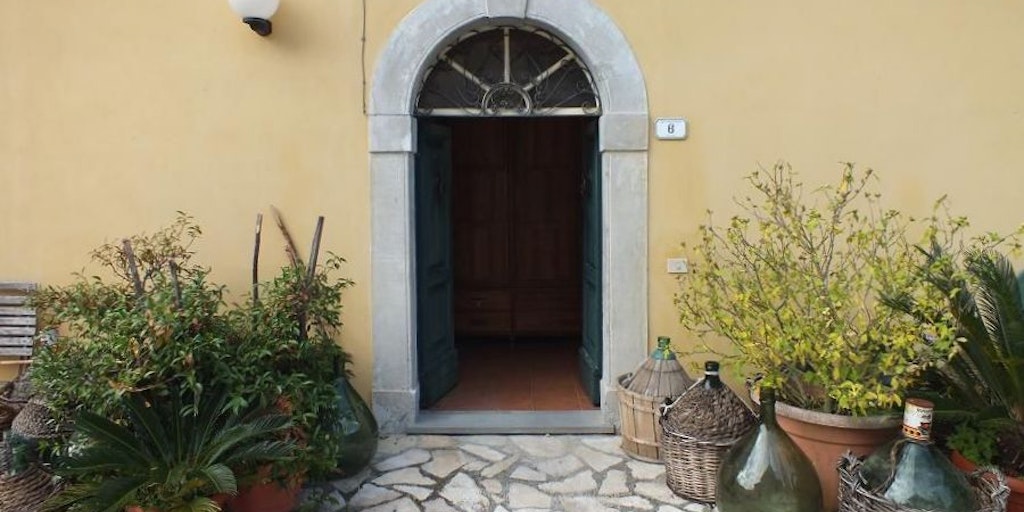 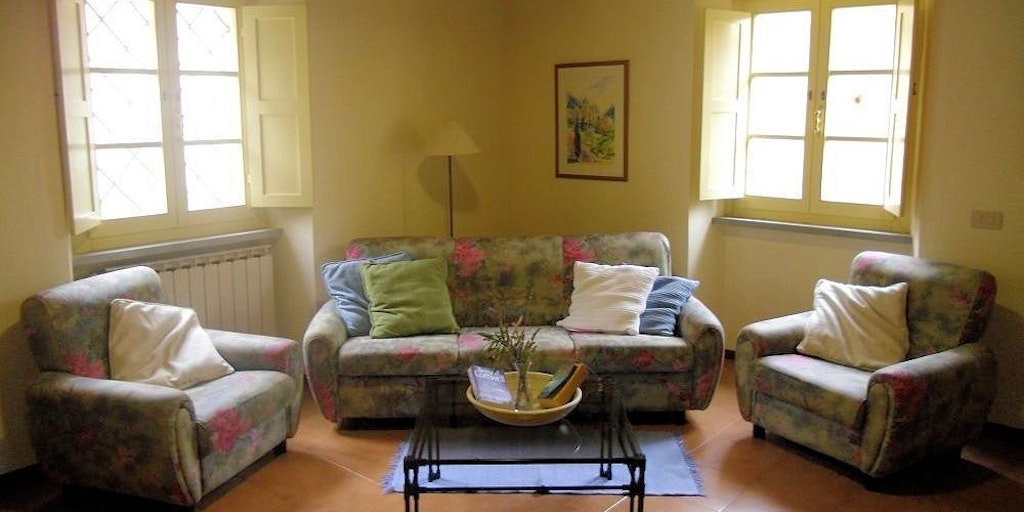 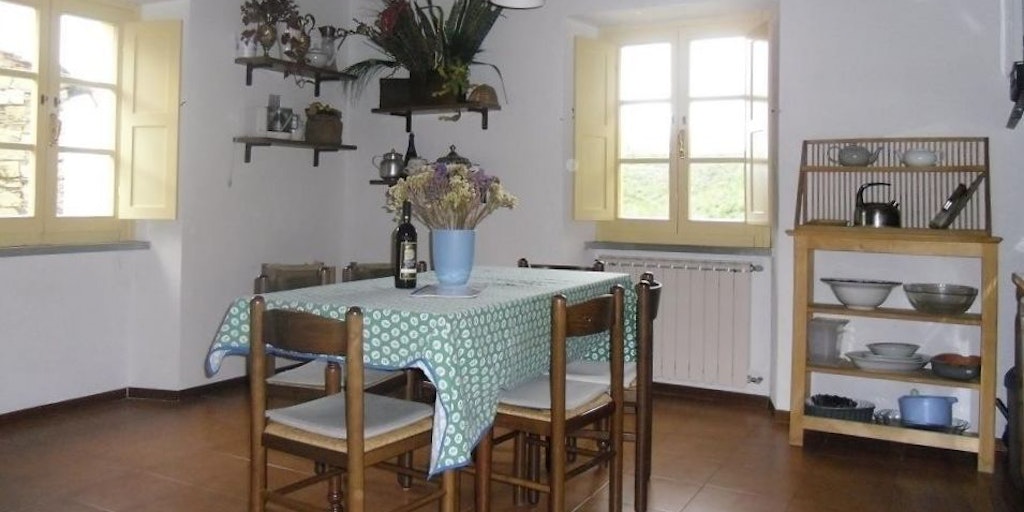 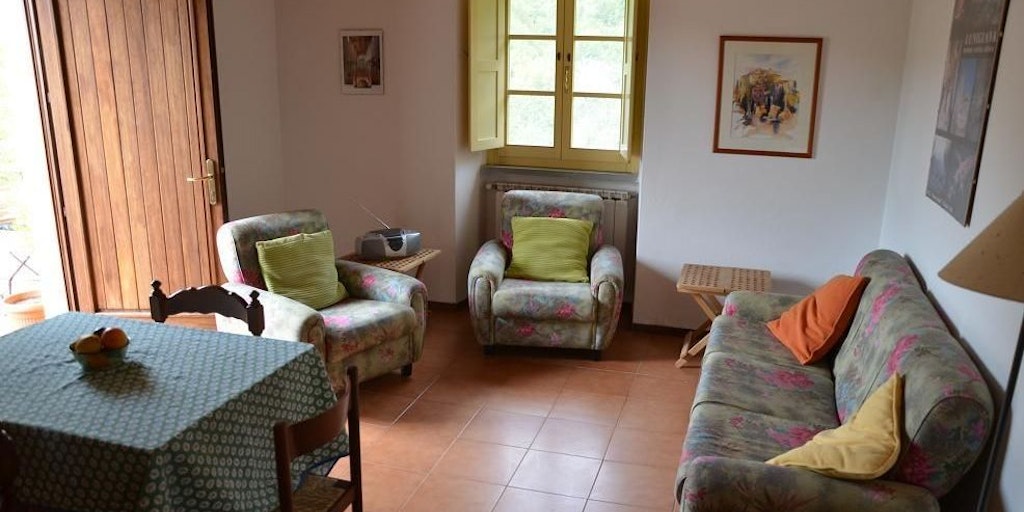 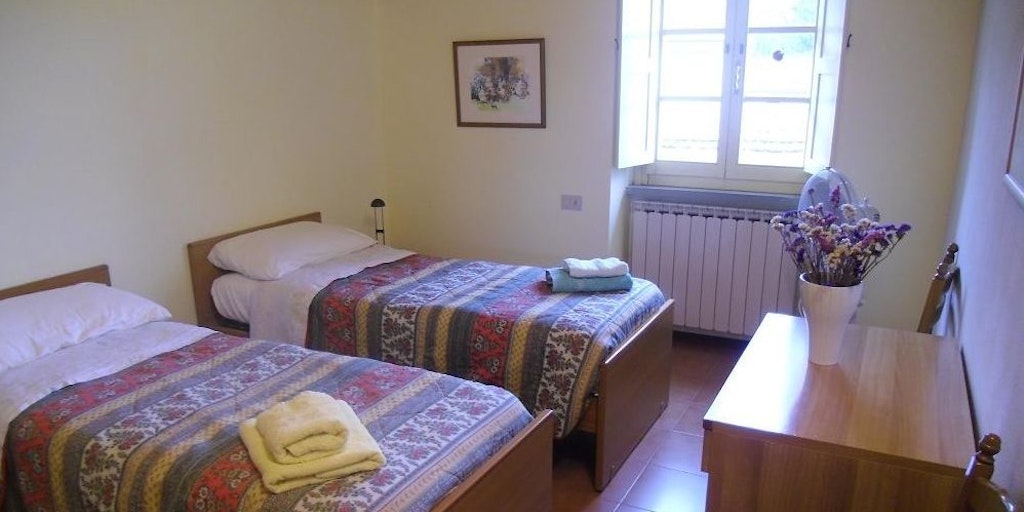 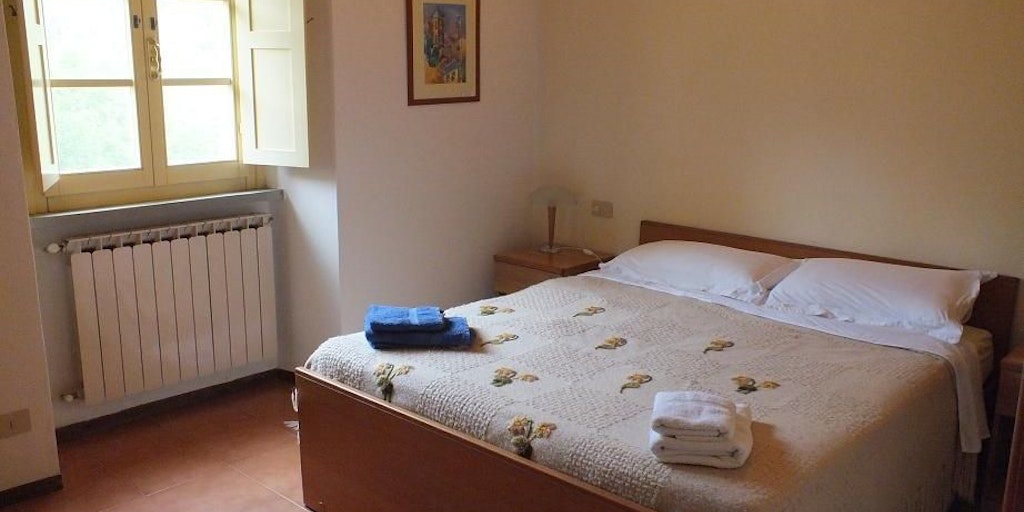 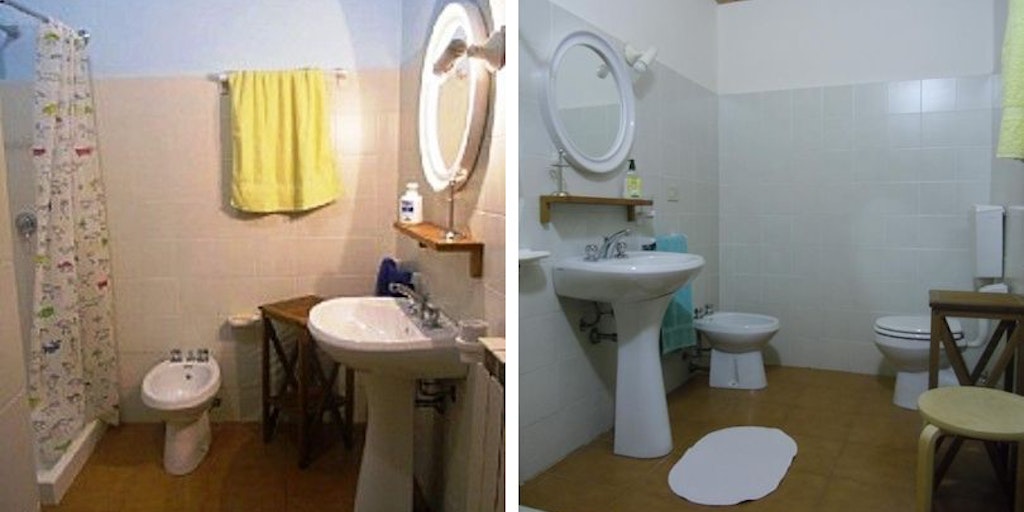 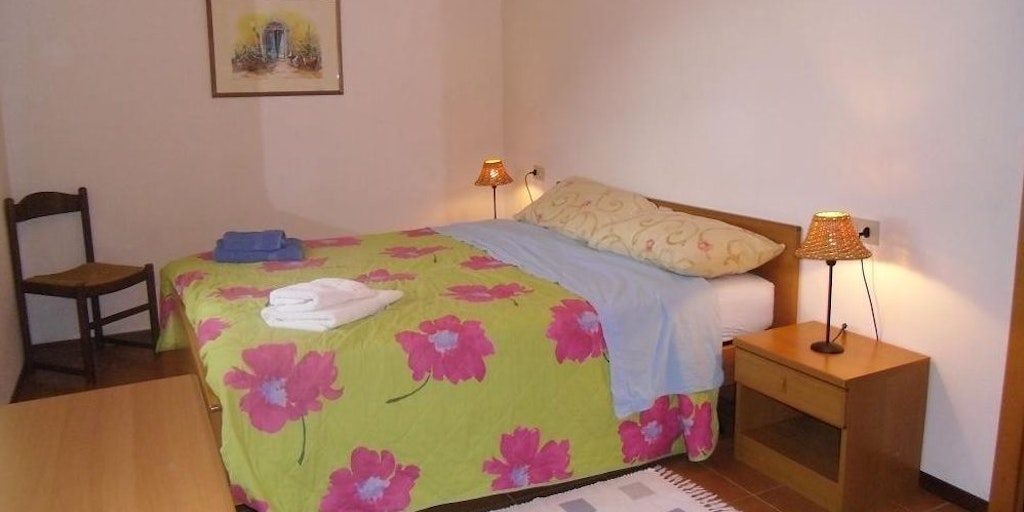 Holiday in the lush Marble mountains

La Vecchia Canonica di Cotto
Localitá Cotto, 54013 Fivizzano, Italy
A holiday at this former rectory situated in the Marble Mountains north of Lucca means that you will be surrounded by lush and beautiful countryside in a charming village setting.

The old vicarage is now a group of apartments that have been refurbished retaining some fine old features. Cotto is a tiny village enjoying a wonderful setting above Fivizzano and inhabited by a few nice families. It is approx. 5 km from Fivizzano where you will find some shops, a pharmacist, a baker and some restaurants.

Stay in a scenic village setting

The vicarage faces the old church which is hardly ever used today (but that does not prevent the bells from ringing now and again). The surrounding green countryside is lush and beautiful. You can drive to the coast in 45-50 minutes and visit both the Tuscan coast and the Nature Reserve of Le Cinque Terre, not far from the Italian Riviera.

Take a swim in the pool

The vicarage is spread over three floors. Not much remains of the original building as it was necessary to rebuild most of it during the comprehensive restoration to convert it to a delightful guest house for tourists. However, the old woodwork in the ceilings and other details from the past have been retained in the apartments. The garden around the house is perfect for children to play in as they can run around freely here. At the end of the garden, there is a car park, swimming pool with garden furniture and a barbeque for you to use.

Each apartment is fitted with a kitchen with a refrigerator and a gas cooker with an oven plus a bathroom with shower:
- There is one 1 bedroom apartment (No. 5) on the first floor which faces the swimming pool. It has a small kitchen, a living room with a double sofa bed, a bedroom with a double bed, a bathroom and a balcony overlooking the pool and the valley.

Apartment No. 2
- occupies two floors and faces the old church. It has a living room with a kitchenette, a double sofa bed and wonderful views from the window on the ground floor. A steep staircase leads up to the bedrooms, one with a double bed and one with two single beds, both with Velux windows, a bathroom and access to the shared terrace next to the church with ample space for relaxed dinner parties.

Apartment No. 4
- is on the first floor. It has a living room with a kitchenette and a double sofa bed and a little balcony overlooking the swimming pool and the valley, a large bedroom with a double bed and room for an extra bed if required, a bedroom with two single beds and a bathroom.

- The last two apartments here also have 2 bedrooms, but they are bigger and belong the category "plus".
Apartment No. 1 and No. 3
They are similarly fitted out and share an entrance with apartment No. 2. On opening the front door you enter a grand living room with a double sofa bed and a window with a wonderful view, large kitchen/dining room and a staircase up to first floor. Here is a bedroom with a double bed and a bedroom with two single beds and a bathroom. They both have access to the large shared terrace next to the church, which has garden furniture and sun umbrella plus ample space for al fresco eating.

The centre is managed by a caretaker who welcomes the guests every Saturday between 16.00 and 20.00 hours. He comes by on a regular basis to keep the pool clean. The centre is ideal for families with children – but please be aware of the steep steps leading to and from the swimming pool and also the ones in apartment Nos. 1, 2 and 3. The swimming pool is open from 15 June till 15 September – but is dependent on weather conditions at the beginning and end of the period.

Read personal reviews of La Vecchia Canonica di Cotto in in Tuscany. The reviews of the agriturismo are written by guests who have travelled with In-Italia. All reviews are of course uncensored in order for you to get an honest description and review of La Vecchia Canonica di Cotto. In addition to the review of the agriturismo you can even get good tips from our guests on subjects such as day trips, restaurants, sights, beaches, local transportation and much more.

A place which oozes of peace and quiet

We were a family of 6 adults (1 teenager of 16), who had apartment no. 3. It was big and spacious, and didn't miss anything, nice apartment considering the money we payed. There was a fantastic view, which we just could keep on looking at, a lovely peace and calm is dominating the place, great place to calm down. The pool was ok, some gravel and weed and a bit scratched, but works and is clean and ok, still fine for a cheap place. There were lots of garden recliners, and there were around 3 families while we stayed there, but problems, everybody were kind and helpful. Carsten came by several time and asked if everything as okay, and we could ask him anything, and tips for trips. There was a small villages and very nice with the church which sometimes made a sound. Unfortunately, there's a lot of flies, so remember a fly-swatter.??
The place is located very far up, away from a lot and 10 minutes drive to the nearest town. Make sure to buy groceries for several days at a time, so you don't have to drive out to get something. We ate down in Fivizzano several times, there's also a pizza place across the bus stations, which just is fantastic and cheap, and they are very nice, but we also cooked in the apartment. The place requires, that you have a car, or else you'll be lost.
The fact that you had to spend 1-2 hours in a car, if you wanted to see something, was really too bad, but when you're in Italy, you want to see the different attractions, but get up early, since it gets hot quickly, and there's a lot of traffic.
We drove to Lucca, an incredibly lovely and beautiful city, easy to find a parking spot and manageable just inside the old wall.
We also visited Lerici, where we could go bathing, we were next to the local Italians on the big rocks and sunbathe (since the beach charged a fee), it worked well an the water was great, there's a lovely sea front and marine, nice place.
We also drove to Pisa and Florence. Pisa is so nice, but everything costs, Florence is also nice, but very big and tough to walk around in when it's very hot. I think that Lucca is a better city than Florence, but it probably requires a bit of background knowledge on the history of the city (Florence).
We also visited the cave nearby, a guided tour and it was nice and exciting.
Right when we arrived to Cotto, we were a bit disappointed, we thought that it seemed very cheap, but as time went by, we were more and more satisfied with it. You can be left alone here, but next time I think we will stay more central by the water and by a town, so it's a bit easier to grocery shop, and go to and from places, especially when we are several people away together.