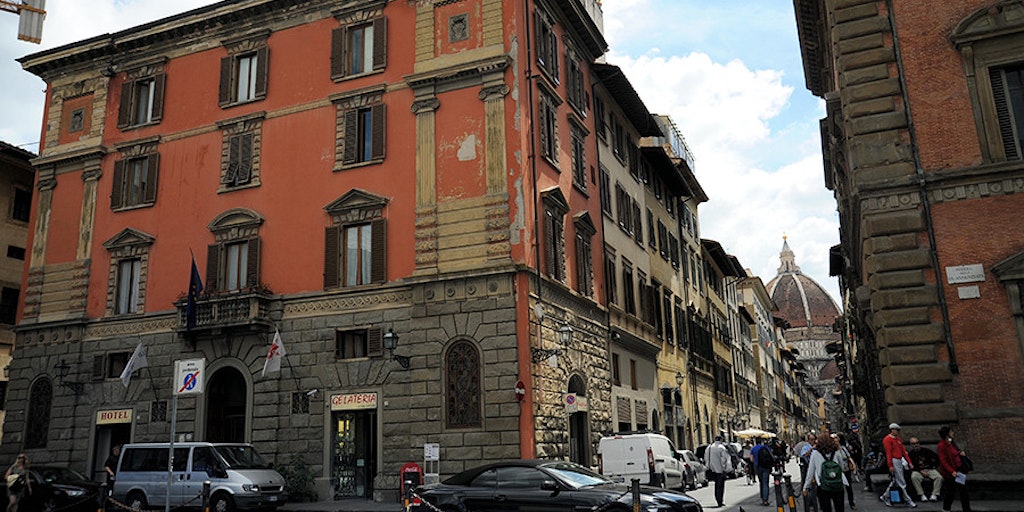 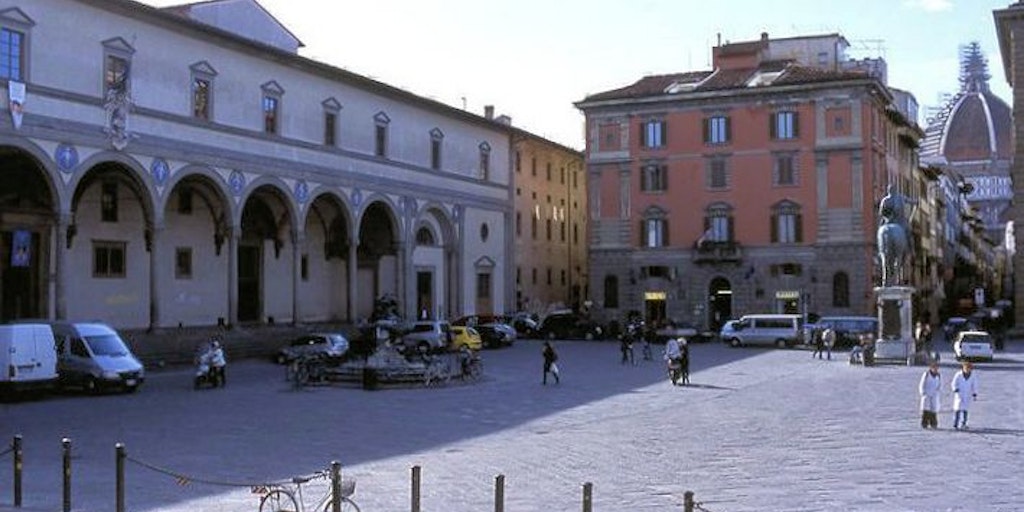 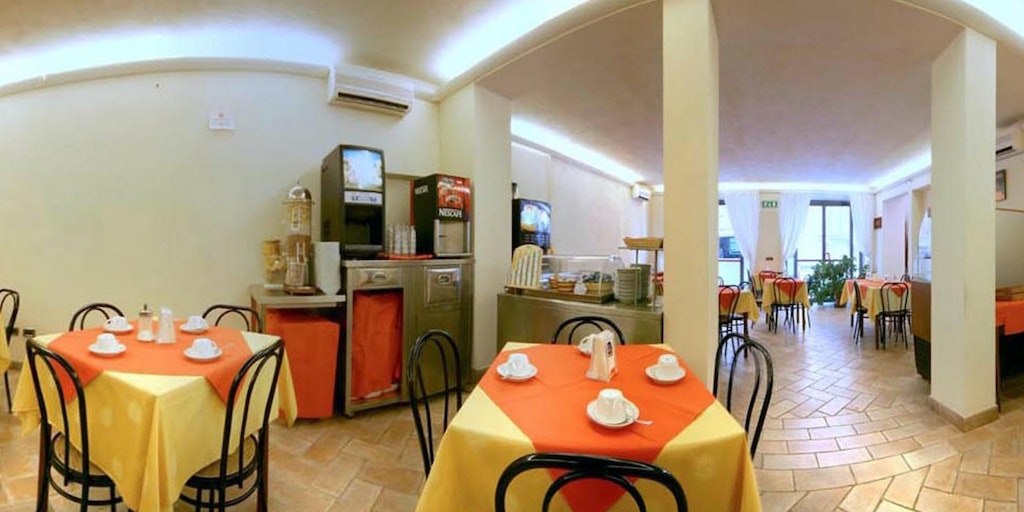 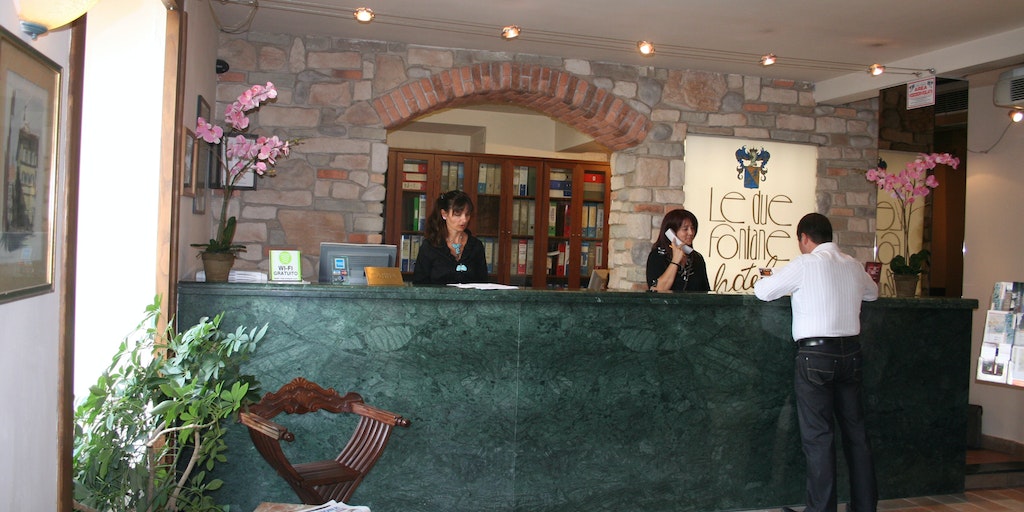 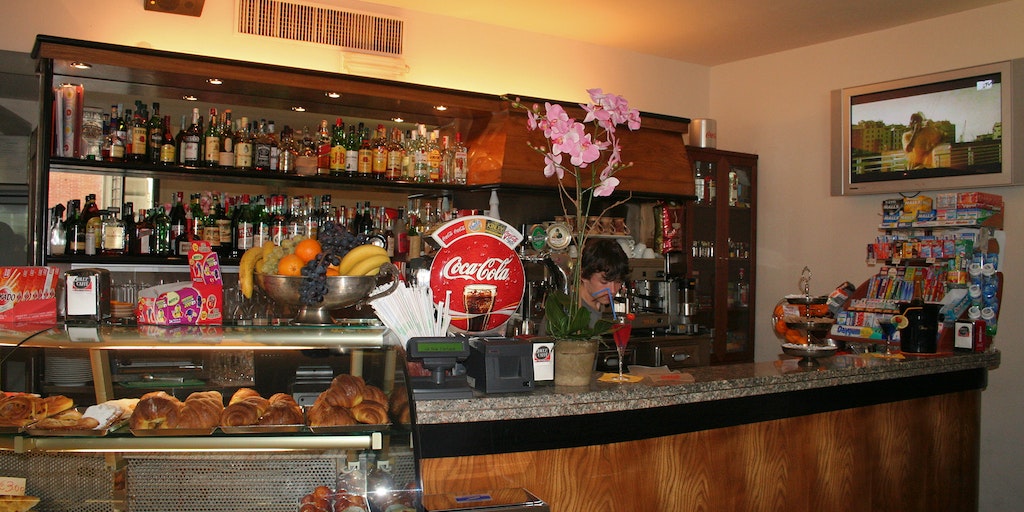 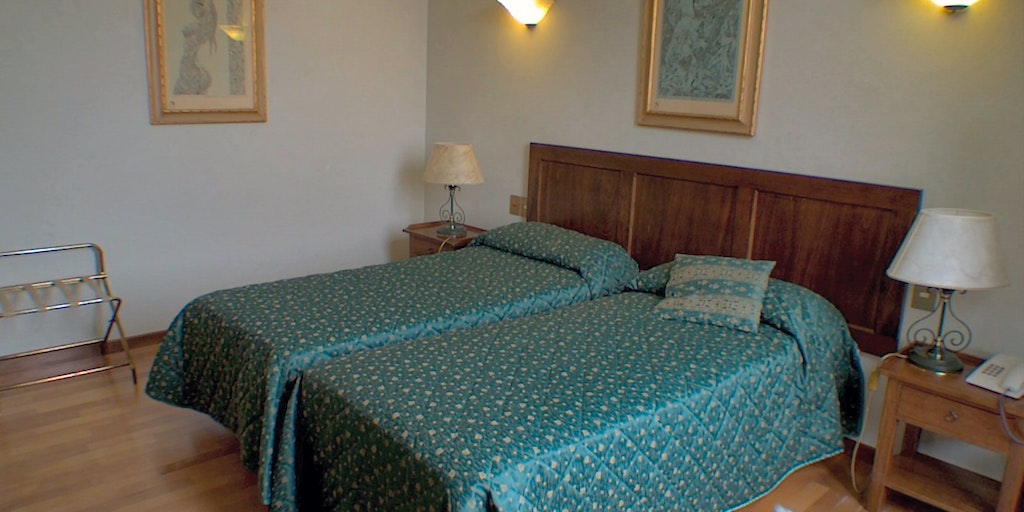 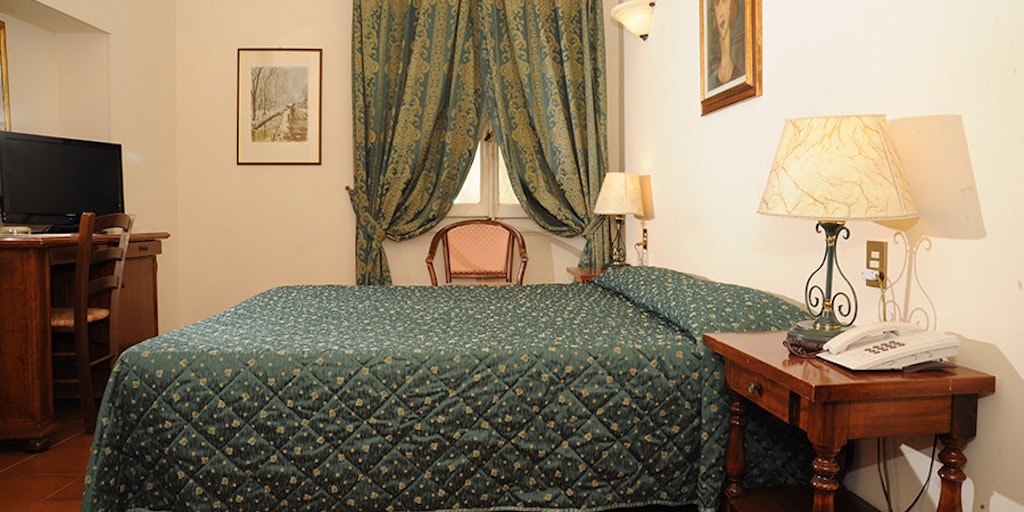 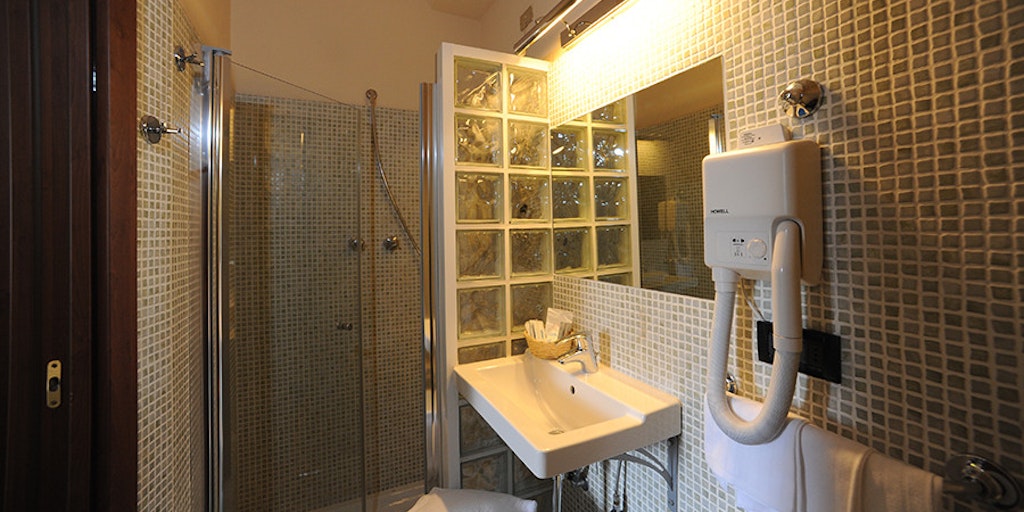 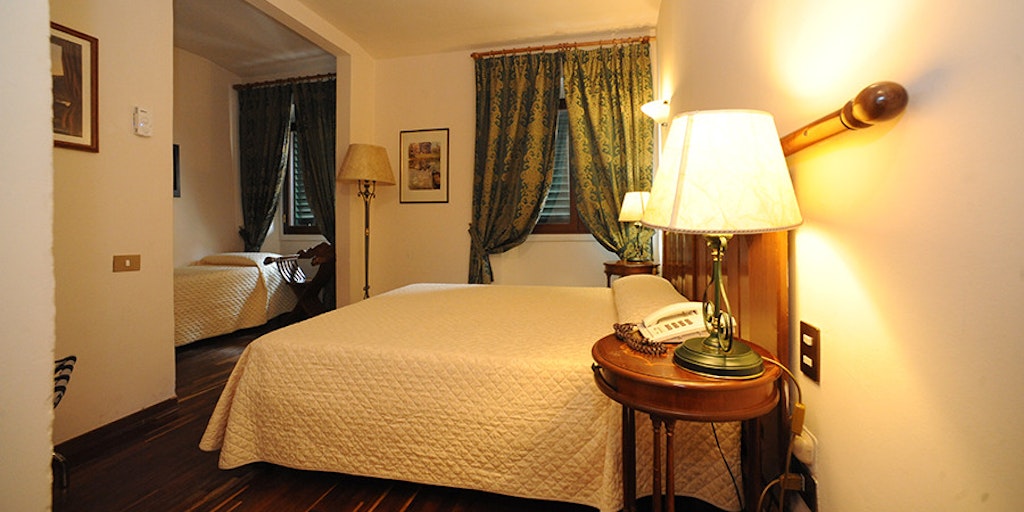 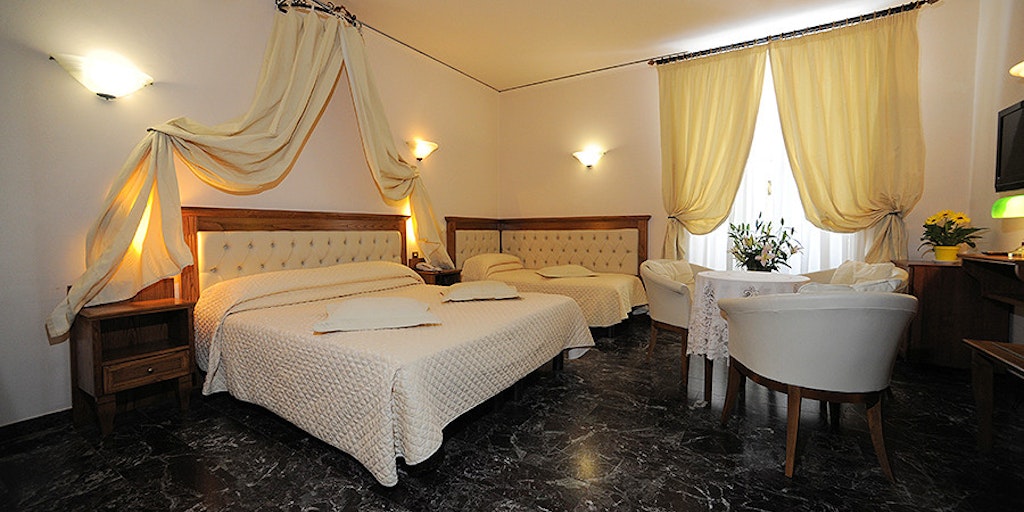 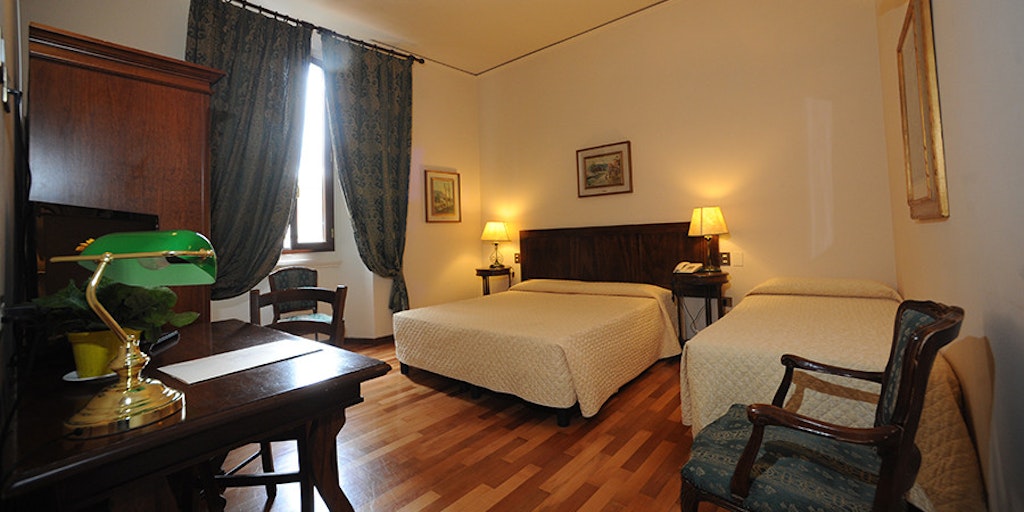 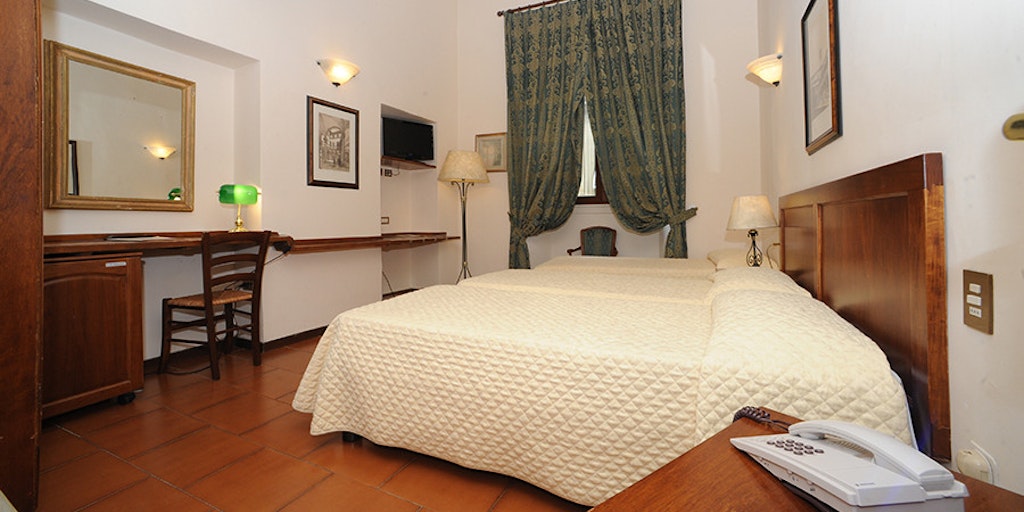 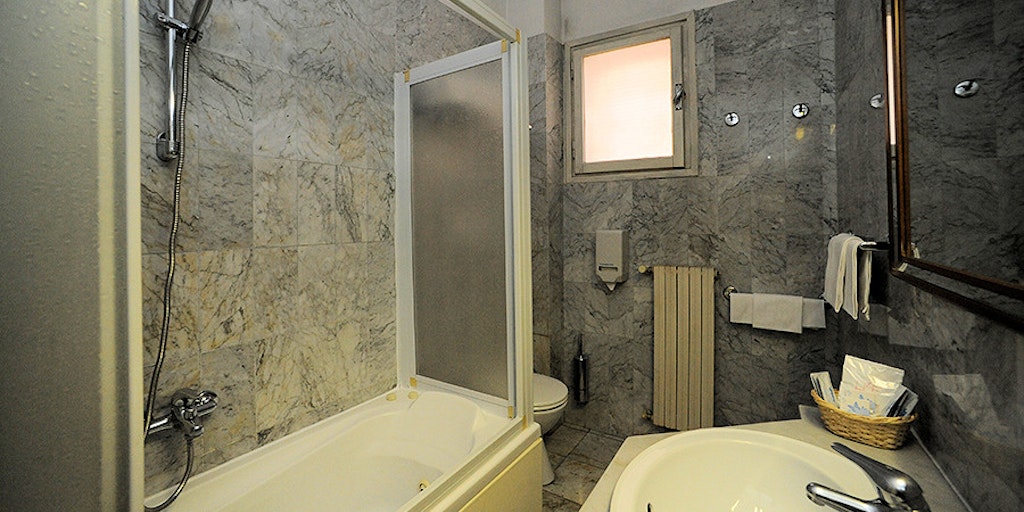 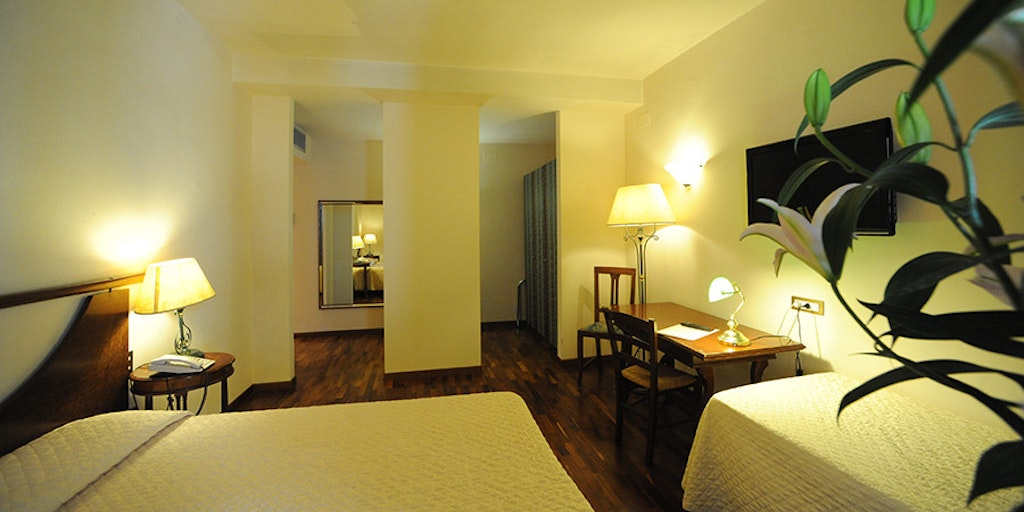 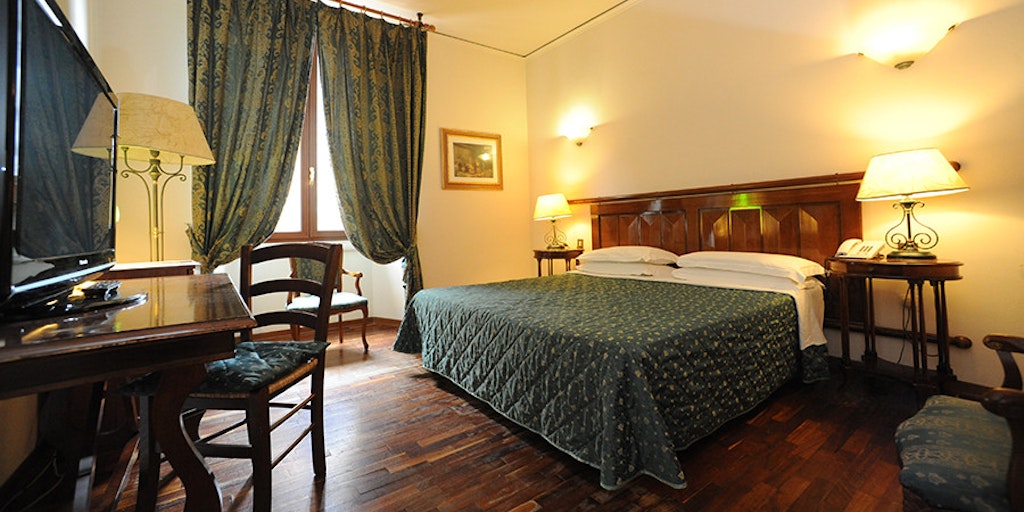 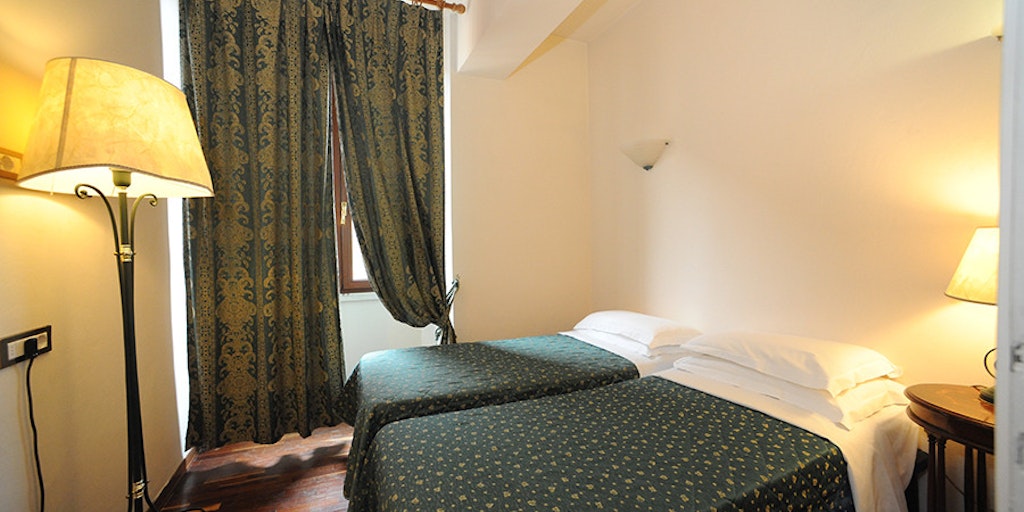 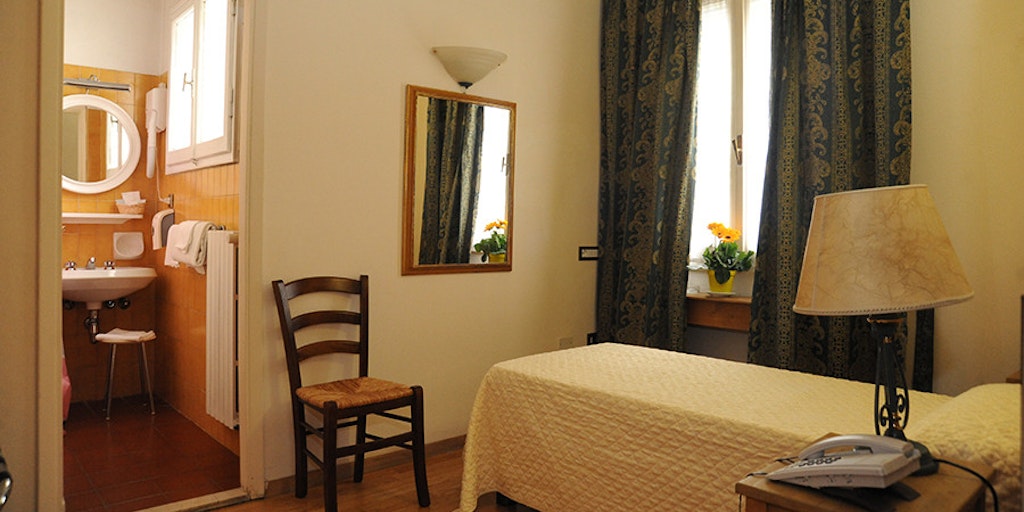 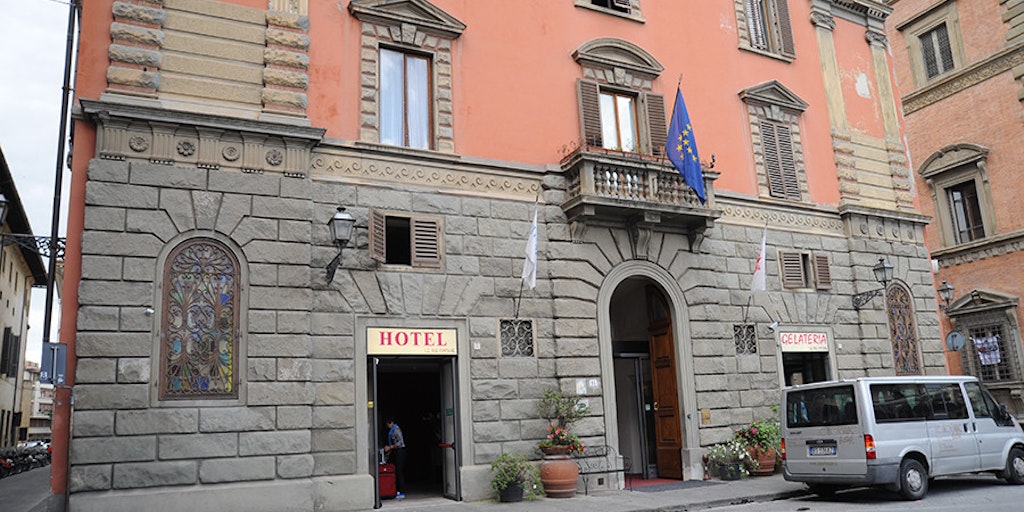 Step back in time

Hotel Le Due Fontane
Piazza SS. Annunziata 14, 50122 Firenze, Italy
The location of Hotel Le Due Fontane on one of Florence's most beautiful squares will transport you back in time. In Piazza Santissima Annunziata, the atmosphere is special and historic and central to everything.

Enter through the historic gates

Hotel Le Due Fontane is situated in the famous Renaissance Piazza ‘Santissima Annunziata’, overlooking the bronze works of Tacca and Giambologna. Within a short walk from here, you can reach the Duomo and many other wonderful and historic sights of interest in the city.

Film enthusiasts may recall that the Piazza ‘Santissima Annunziata’ was used as a filming location for ‘A Room with a View’, a film which featured many locations throughout Florence, in particular a scene where Miss Lavish and Lucy's Aunt stroll through the streets of Florence. They arrive at this magnificent piazza with the fine bronze equestrian statue (1608) of Grand Duke Ferdinando de 'Medici with the words "Buongiorno, buongiorno, we salute thee". The site is undoubtedly one of Florence's most beautiful, and one which has hardly changed appearance over the last few centuries and is virtually free of traffic.

Hotel Le Due Fontane is a cosy, family run hotel which sits at one side of the piazza with neat and tidy rooms and a good breakfast buffet. The hotel can assist you with parking (fees apply).

The tastefully furnished rooms all have air-conditioning, satellite TV, a telephone and en-suite bathroom with shower and/or bath. The reception, having been recently refurbished is inviting and comfortable, while the addition of a Gelateria or Ice cream parlour to the bar adds an extra dimension. From here you can pass through to the dining room where they serve a good hot and cold breakfast buffet to set you up for your day of sightseeing.

Read about the rooms at Hotel Le Due Fontane

Read personal reviews of Hotel Le Due Fontane in in Florence. The reviews of the hotel are written by guests who have travelled with In-Italia. All reviews are of course uncensored in order for you to get an honest description and review of Hotel Le Due Fontane. In addition to the review of the hotel you can even get good tips from our guests on subjects such as day trips, restaurants, sights, beaches, local transportation and much more.

View all 17 reviews of Hotel Le Due Fontane

We have been very happy to book the trip with you. Full satisfaction. Fine hotel. Very welcoming and helpful staff. The room was fine and clean. We struggled a bit with the water for the shower in the morning. A little dirty in the common areas. Hotel lies perfectly.

Nice hotel, but the only thing was that we've got a room without windows - or there were two windows, but the only view was a shaft, which was a bit unpleasant.