Holiday apartments, villas and hotels in Greve in Chianti 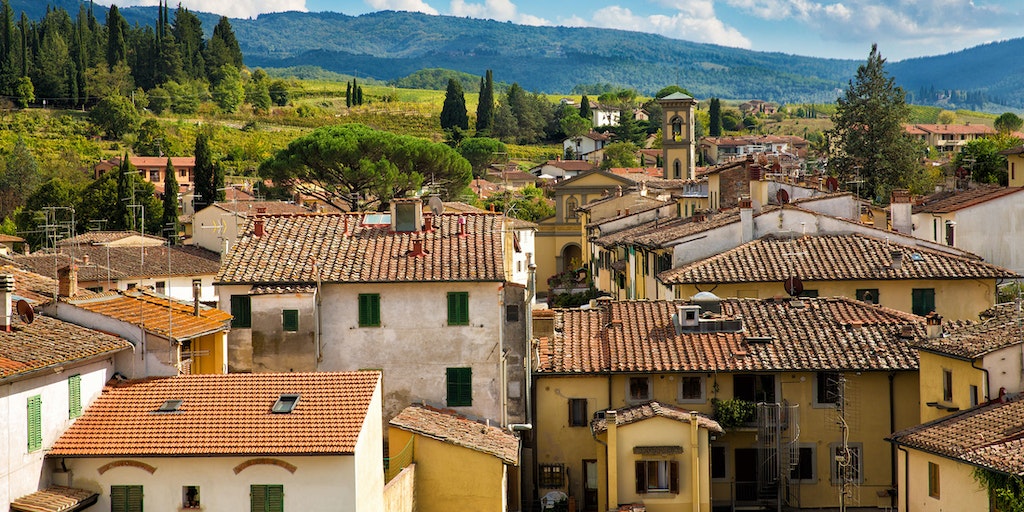 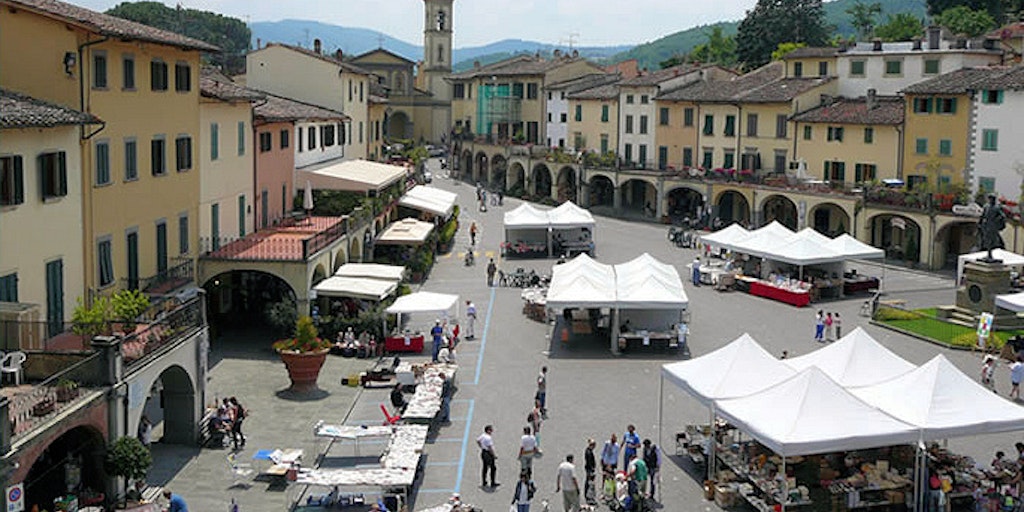 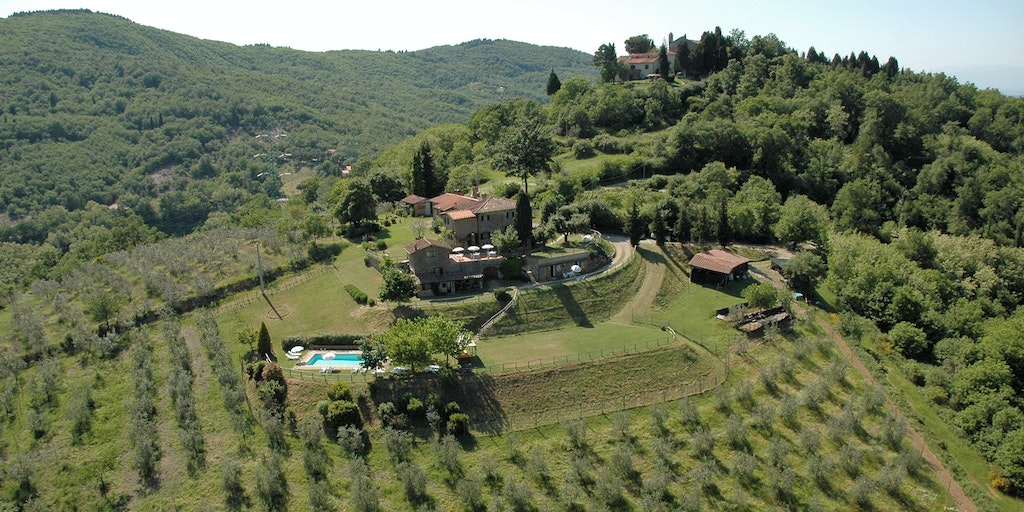 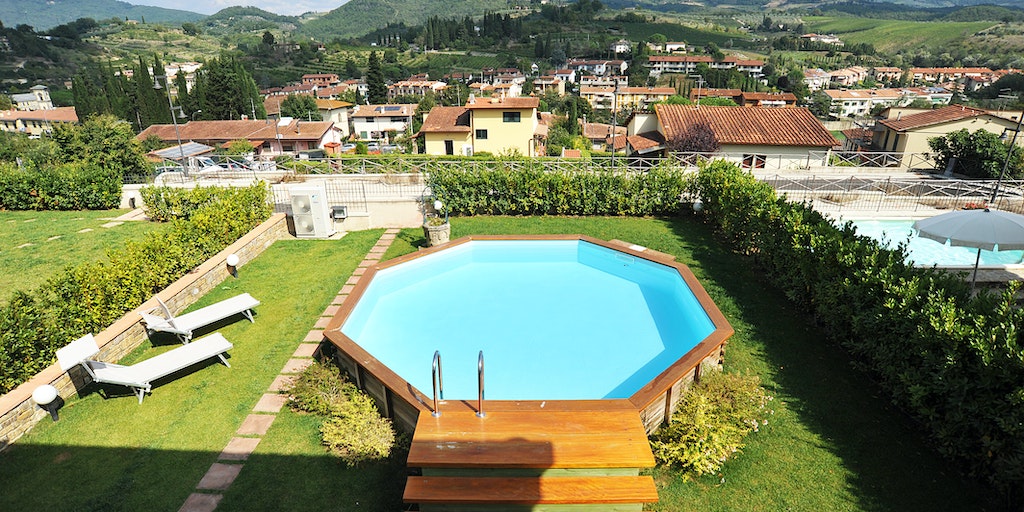 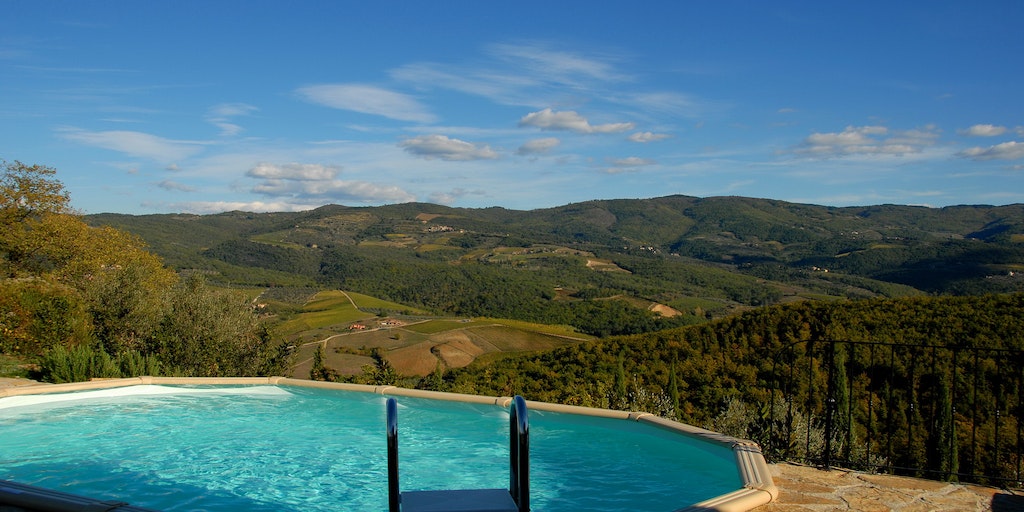 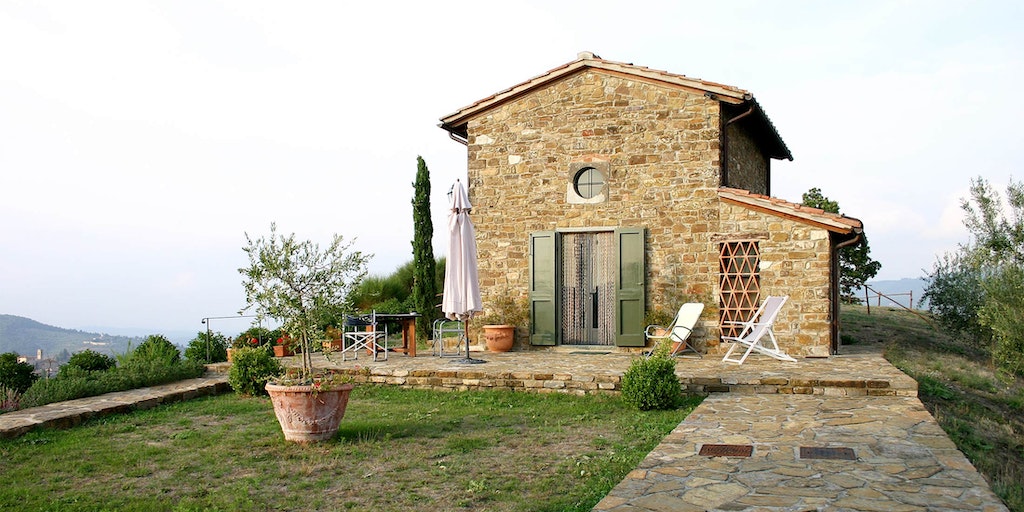 A gem in Chianti land

Stay in the heart of the Chianti Classico area in Tuscany in the magical little town of Greve in Chianti. It is one of the main producers of wine in the region and it has a very romantic atmosphere.

It would be hard to disagree with the fact that it is an extremely picturesque place and easy to understand why it is one of the most popular towns in this area. It's only around 30 km south of Florence and 40 km north or Siena so great for a base from where you can see many of Tuscany's gems.

Greve is different from many other Tuscan towns because it has no fortifications, no medieval buildings and it is not positioned on a hilltop! On the contrary, Greve lies down in the valley and the town is arranged around an irregular town square with charming, sheltered colonnades under which there are restaurants, cafés and various tourist shops all the way round. You see the impressive statue of Giovanni da Verrazzano in the centre of Piazza Matteotti who was a nobleman from a local estate who discovered New York’s harbour in the 16th century.

Read more about Greve in Chianti

A temple for meat lovers

There are lots of small cafés in the square, one of Tuscany’s best wine merchants and a butcher, which is a veritable temple for meat lovers. Antica Macelleria Falornis products are sold all over the world because, besides raw meat, they produce sausages, ham and a huge variety of other charcuterie of a very high quality. This exclusive butcher’s shop has been trading from this site since the 19th century and now, as a concession to market demands, you can also buy fine wines and cheeses here.

Reviews from Greve in Chianti

Rating 4,4 of 5
Very good
Based on 24 reviews
See customer reviews

Greve in Chianti is perfect for families. With playgrounds, beautiful countryside for walks and lots of restaurants, you can't go wrong. Definite... ly worth hiring a car. We visited nearby markets in Panzano, walked to Montefioralle, day-tripped by car to Siena and day-tripped to Florence by bus - easy to buy tickets at 2 local restaurants/cafes. The information shop is really useful. They told us that to visit a winery, you need to book first and don't just turn up! I've fallen in love with the rolling hills of Tuscany and can't wait to go back!Read more

View all reviews of Greve in Chianti