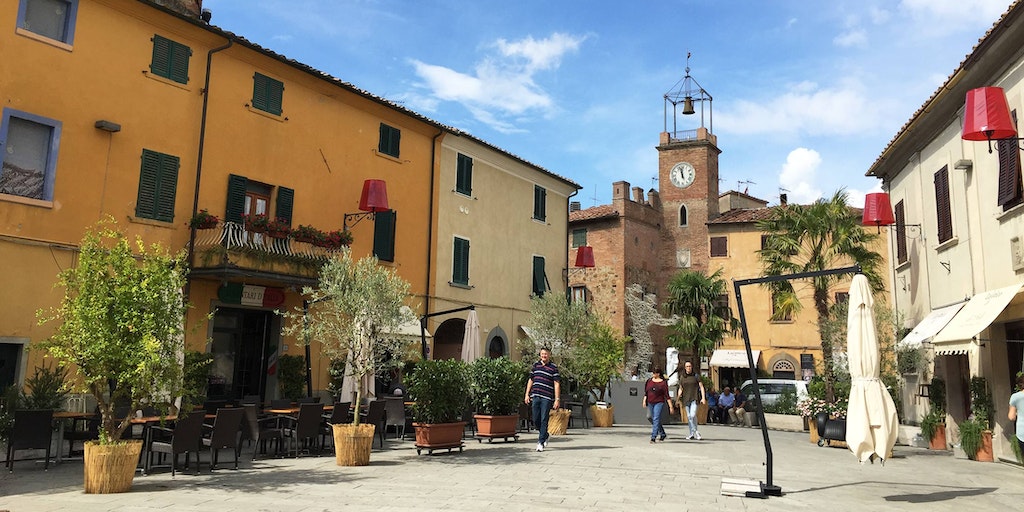 Lajatico is situated 205 metres above sea level on a hilltop amidst the lush and well-known Tuscan landscape, characterized by its undulating surface of rolling hills and valleys.

The village was first established as a real city in the 13th century and was based around a castle that belonged to the Pannocchieschi family. The city changed rulers throughout the ages, until it gained municipal status in 19th century. Today the city is known as Andrea Bocellis hometown.

It is located nearby Volterra and San Gimignano with approx. 50km to Pisa and within a reasonable driving distance to the nearest coast and the regions famous beach 'Rosignano Solvay'.

Today the city is known as the birthplace of Italians most famous tenor - Andrea Bocelli. You can stop and taste the families wine in the city. There are a few coffee shops, some grocery stores with basic supplies, a local butcher and baker and a small family restaurant in the piazza.

Rating 4,2 of 5
Very good
Based on 23 reviews
See customer reviews

2 of our group arrived via trains from Verona and the nearest station is Pontedera- approx. 30Km away. We found a taxi straight away and the cost was ... 50 euros to Bellavista. There was a large supermarket en route where we bought provisions, but the local shops on the square in Lajatico supply wonderful local and home made produce . Opening times as expected -7am and closed around midday for the afternoon re-opening around 5pm. There are a couple of bars in the same place and a restaurant. Read more

Art and coloured lights on the buildings in the evening.
The restaurant at the square is often booked and overcrowded, but try the patio at the pizza... takeaway place behind the square, past Comune di LajaticoRead more

View all reviews of Lajatico