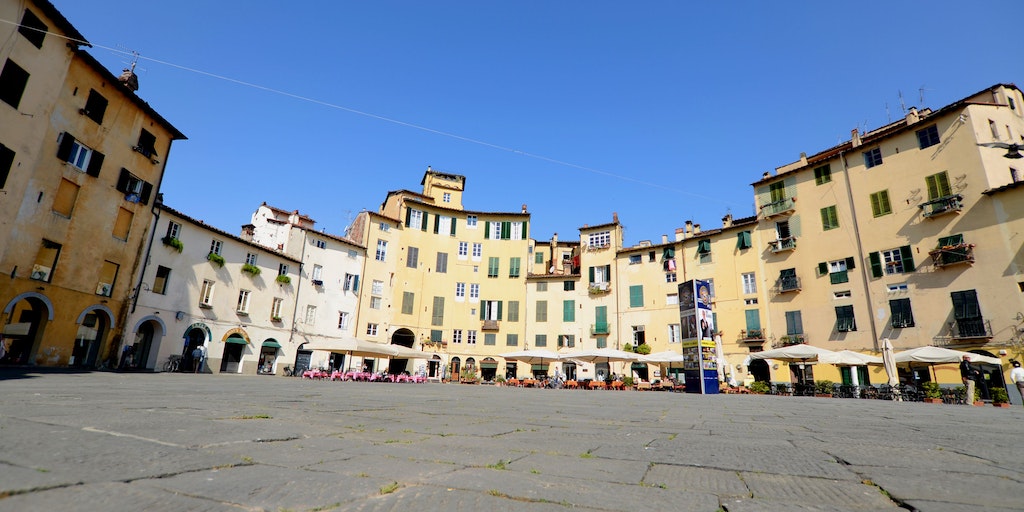 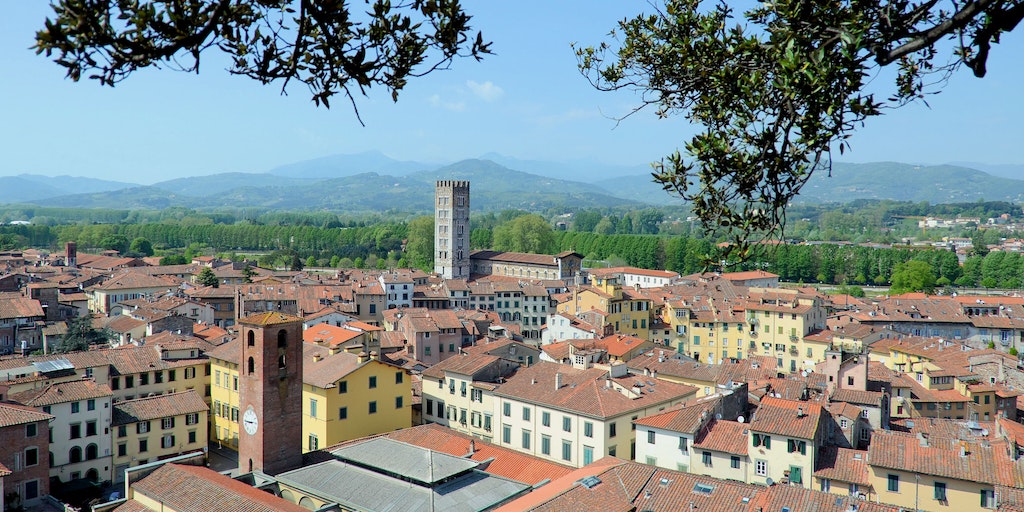 Lucca was under the Lombards (500-700 century) Tuscany's capital city, or rather the seat of their Duke. The city reached its heyday from the 11th to the 14th century. At that time it was an independent city-state, important for it's banking and silk trade.

Lucca lost at the beginning of the 14th century it"s independence to Pisa, but regained it soon and was a time during the despot of Castruccio Castracani, close to subjugate the rest of Tuscany. However, this was made impossible by Castrucceos untimely death, because of Malaria. Lucia remained independent but relatively insignificant, while Florence conquered the rest of Tuscany from the 14th to the 16th century. After Napoleon dropped, the city-state came under the Bourbons control and finally, for a short while before the Italian meeting in 1861, the Grand Duchy of Tuscany was the ruler of the area. Lucia today is still not derived it"s independency, so at least, a unique city that differs from the rest of Tuscany. Where to anywhere else in the province, people drive on scooters in the city, in Lucca is they use their bikes! Duomo di San Martino is a magnificent church with an imposing façade, the bas-reliefs dating from different periods and artists: from the 5th century to Nicola Pisano in the 13th century. In the church, we see the famous Volto Santo, the figure of Christ in cedar, reportedly carved by an eyewitness to the crucifixion of Nicodemus. More scientifically minded, you will probably argue that the figure is a copy from the 13th century. A copy of the 11th century. Of an original from the 8th century. Anyway, the legend says that the sculpture came to Italy on its own power and desire on a boat, from the Holy land in 782, and as soon as it had come ashore, it continued. Still guided by the divine will, in an ox cart to Lucca. The figure was invaluable in the Middle Ages: the English king William Rufus swore usually by the ( "per sanctum vultum de Lucca") and in France was a saint"s name, Saint Vaudeluc by a distortion of the French name Saint Vault de Lucques. Other treasures in the cathedral include the tomb of Ilaria del Caretto of Jacopo della Quercia (1410). Illaria wife of Paolo Guinigi, one of Lucca's most powerful men. There is also a "Presentation of the Virgin" by Bronzino (1598), a "Last Supper "by Tintoretto and a" Madonna with saints "by Domenico Ghirlandaio, and a" Trinity "by Filippino Lippi. Close to the cathedral we find the Basilica di San Giovanni, which was Lucca Cathedral before the current cathedral; it was rebuilt in the 12th century. and again in the 17th century. Nowadays it is used for more mundane purposes such as various exhibitions and concerts.

On the town square we find San Michele in Foro, which in addition to possessing Tuscany's most impressive Romanesque facade, also the city has the highest bell tower. Inside, we find a beautiful cross and a antique board of Filippino Lippi.

Just west of San Michele, we come across San Paolino, a sad Baroque church whose only merit is to house Lucca's patron saint bones, as well as being the church in which Puccini made his first experience as an organist.

Other attractions include Piazza dell'Anfiteatro whose stone Most of it was used to build churches in the 12th century. Here once stood the Roman amphitheater, and the site has still the shape quite like the theatre's floor plan. Some parts of the theatre's walls can still seen in the surrounding houses, especially in the north.