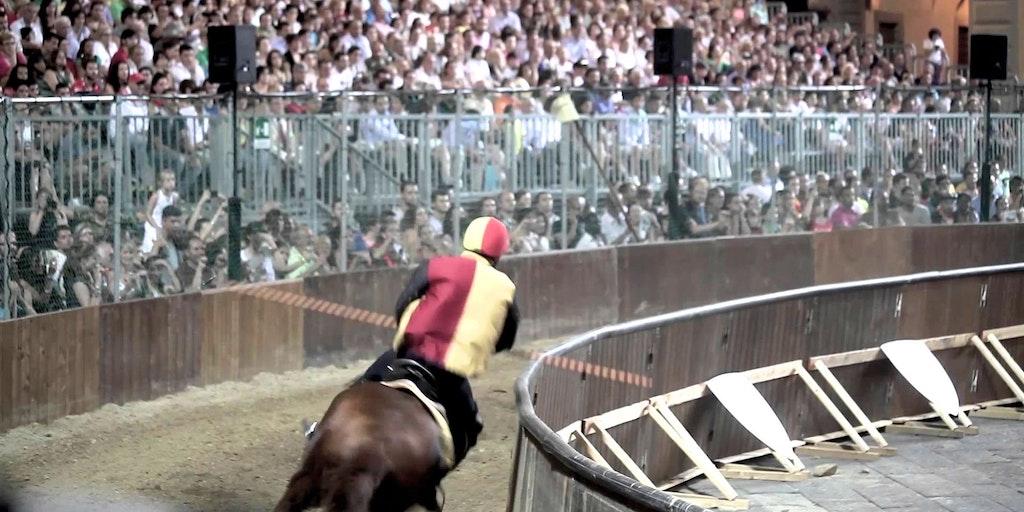 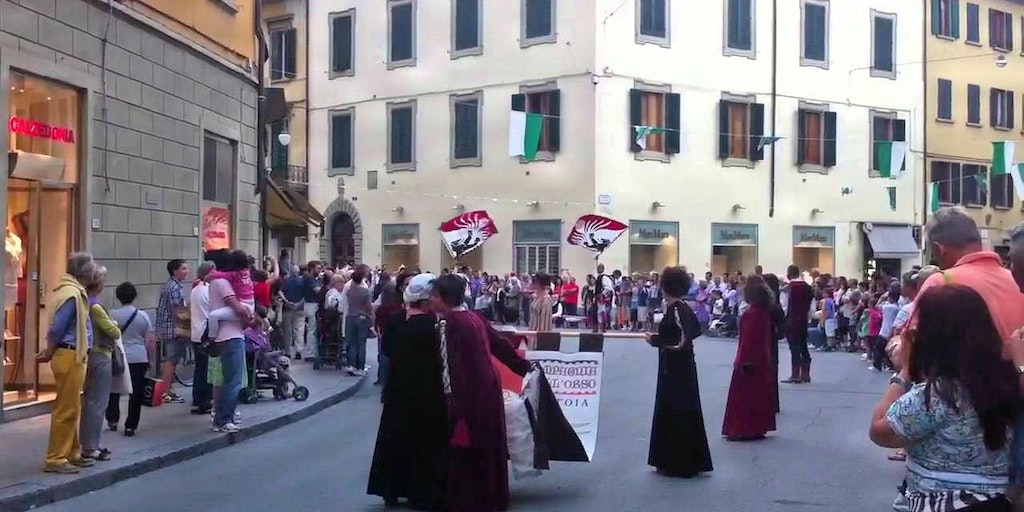 Giostra dell'orso , Bear contest or battle for the bear, is part of the feast of the patron saint Piston Saint Jakob, held at Jacob saint day, at. 25 July. Giostra dell'orso dates back to around 1200, when it was called palio dei barber , the stallion race.

Residents noted that the race meant so much to the city's residents, that the race was only canceled in case of war or severe epidemics. Somewhere in the last century was decided, to change the name after the bears battle.

The very cozy day starts in the morning with a procession in honour of Saint James. Costumed participants in specific traditions meet at the square, piazzetta Romana. There are fixed figure groups as "The four released prisoners" and "Saint Jacob's four helpers" *. The medieval parade wanders from the square through the city with its standard-bearers, fire-eaters, heralds and much more. Man reaches the cathedral square and encounters here a closed door. We hear drums and trumpets until the doors opened and the bishop comes out, to welcome the procession inside the church.

And then to contest

After the religious coloured ceremonies it's time to start on the competition, giostra. It is almost always in the numerous Italian paleo'er, a battle between districts, rioni as they are called here in Pistoia. Pistoian four rioni puts out every three knights armed with lances, and the twelve knights to fight against each other in pairs in eighteen heats.

The Cathedral Square is the occasion aptly made into an oval riding arena, which periodically is set shield with a carved bear head at the top. Now the games begin. It is both a battle of skills to horse and to men with lance. The idea is to reach as first to the shields with the bears and hit them so they fall **. You get one point for his team for every bear that felled. It is an intense fight at a high pace, and they actually changed the rules a few years ago because it was too dangerous for both horse and rider. When the last races are held in the evening, the winning rioni is crowned, it is the team that has felled most bears in the 18 heats. And the victorious district is proud to be added into the tournament annals.

* The Apostle Saint James is called here both San Jacopo and San Giacomo
** The bear in the city's coat of arms is called pistoiense.