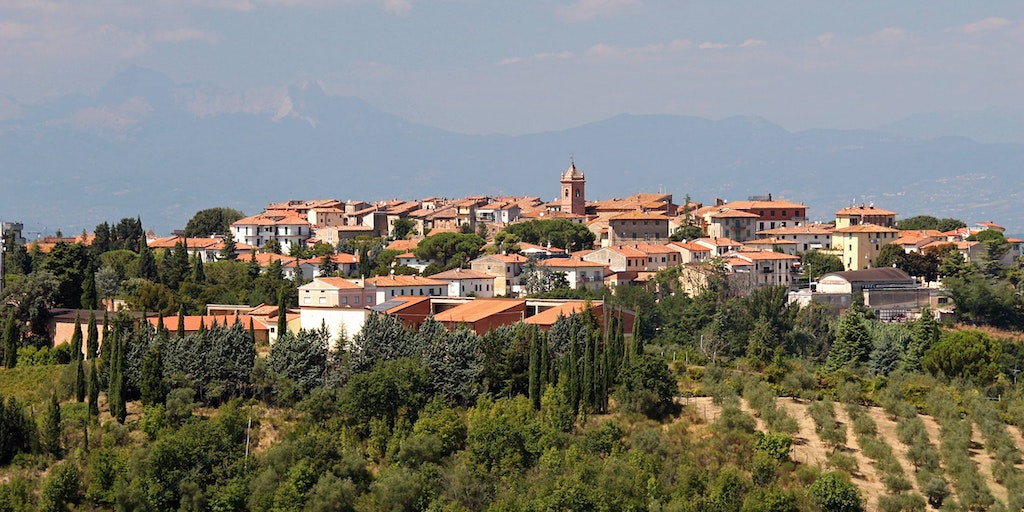 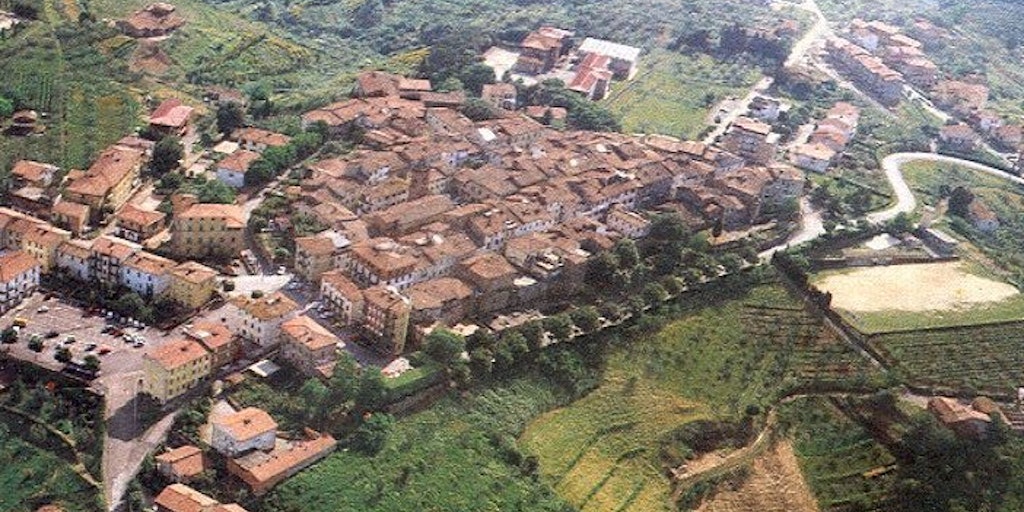 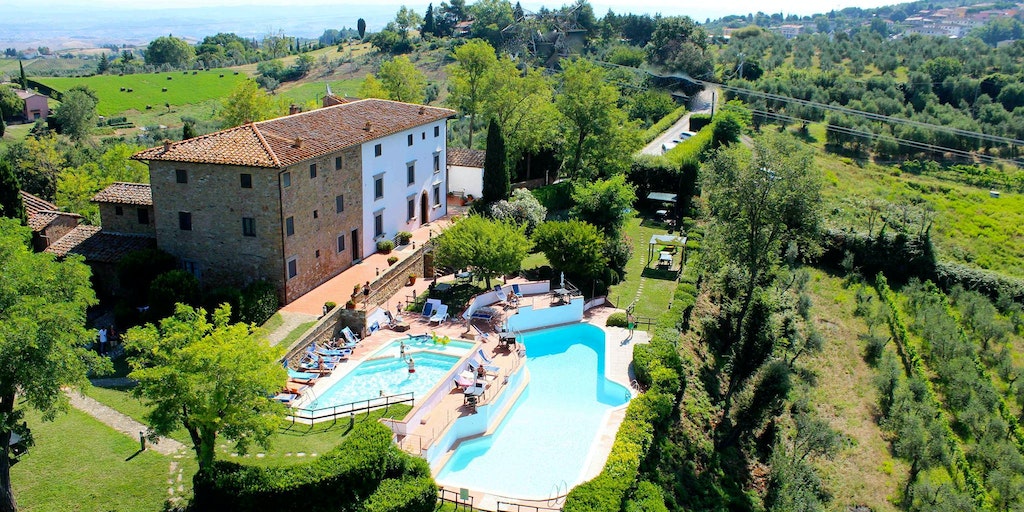 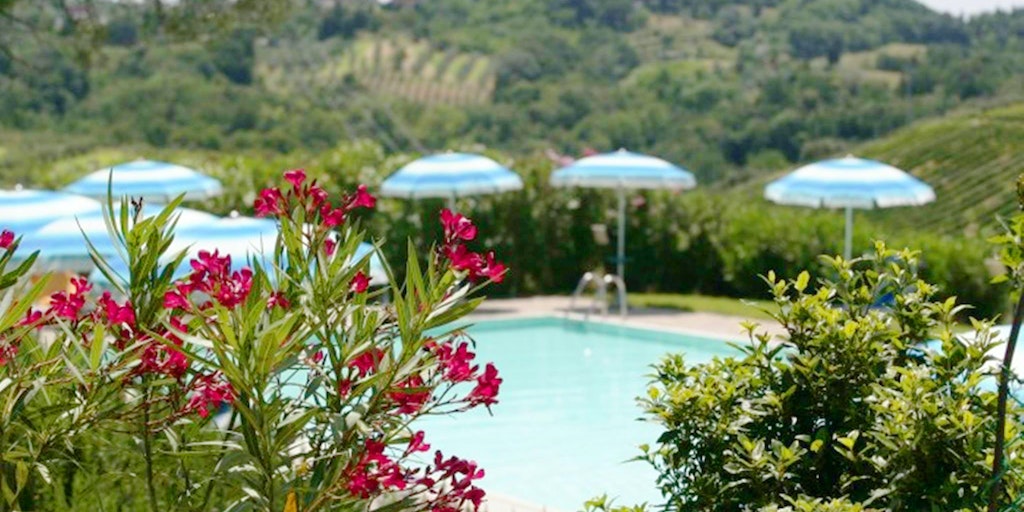 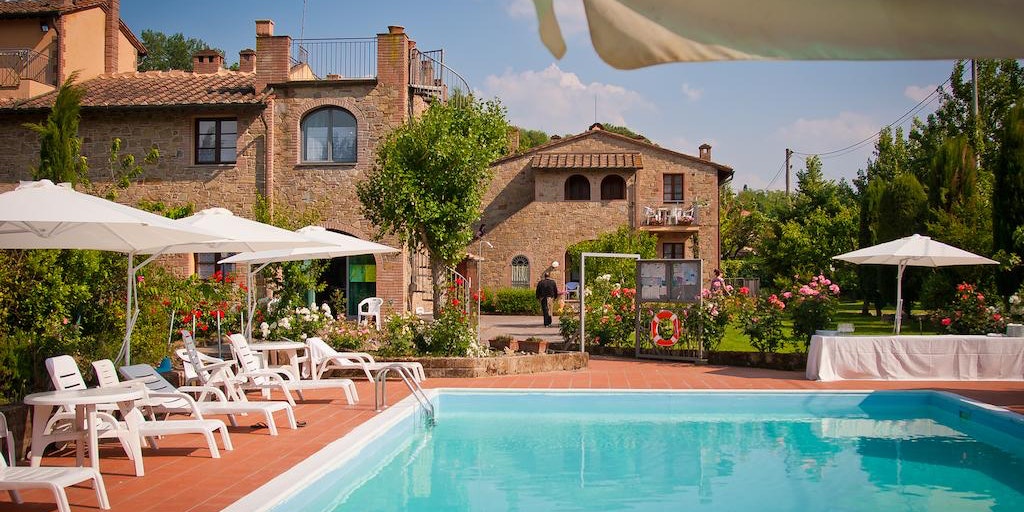 Loading content
Montaione is in the hills between Florence and Volterra, close to Castelfiorentino, where you can find the nearest train station. Pisa and Florence airports are within a reasonable distance if you prefer to fly to Italy.

Montaione is in the hills between Florence and Volterra, close to Castelfiorentino, where you can find the nearest train station. Pisa and Florence airports are within a reasonable distance if you prefer to fly to Italy.

The town has been inhabited since Roman times. In the 2nd century AD, the Romans built a huge cistern on this site, which can still be seen from the road from Montaione to Gambassi Terme. The cistern is 27 metres long and 3 metres wide and divided into three pools. It could hold 400 cubic metres of water, which came from the springs at Aglione. Legend has it that there used to be a villa on this site built by a Roman noble family, and that before this, there was an Etruscan village. Archaeological excavation is in progress and is trying to establish the truth of these claims.

On the same road is the monastery Monastero di San Vivaldo, which is surrounded by the beautiful Boscotondo forest. The monastery’s location was chosen when the Franciscan monk, Vivaldo Stricchi, who lived as a hermit near the ancient church of Santa Maria, was found dead in the hollow tree that he lived in. The tree has since disappeared, because of the many pilgrims who visited the site looking for a relic. The tiny church was later restored and then rebuilt, when many Franciscan monks moved here. At the same time the monastery was built. A number of chapels dedicated to Jesus’ life, were built in the 16th century. Of the original 33 chapels, there are only 17 left. In 1722 Pope Innocence XIII awarded the monastery the dubious honour of being appointed the monastery where errant priests would receive their punishment.  The monastery was closed in 1808 and reopened in 1887, when the Franciscan monks returned. A full restoration of the entire building was started in 1971.

11 km from Montaione, on the road to Pontedera is Borgo di Castelfalfi. The village was founded in the 8th century by the Lombard Faolfi. The fortress was obliterated in 1395 during the war between Pisa and Florence, but was later rebuilt with an extra four towers, bastions and more substantial walls. The fortress is today in private hands and home to a good restaurant and a golf course.

Rating 3,9 of 5
Good
Based on 53 reviews
See customer reviews

A really wonderful area right in the middle of vineyards and beautiful old cities.

Amazing region to visit, as one can visit cities such as Florence, San Giminagno...

Montaione is not so interesting in itself.

It is possible to... ride horses (ranch in Mura) or drive a four wheel motorbike (in Montaione, but closed in August). Read more

One of Francescos tips was to drive to a smaller town (Castelfiorentino) and park the car, and take the train to Florence from there. There's a 2... 0 min. drive to the town, and barely an hour with the train from there. It worked nicely.
If you want to walk to Montaione, you don't have to walk along the big highway. but you can walk "inside" some of the smaller, very steep roads, where the traffic isn't so bad.
Certaldo with the "funicular" (the cable railway) to Certaldo Alto, the old, elevated castle town, is a lovely experience without too many tourists even in July - but with lots of places to eat at the place, however. The pool could feel a bit cool in the morning, so it was nice with an excursions first, and then pool and sunbathing.Read more

View all reviews of Montaione