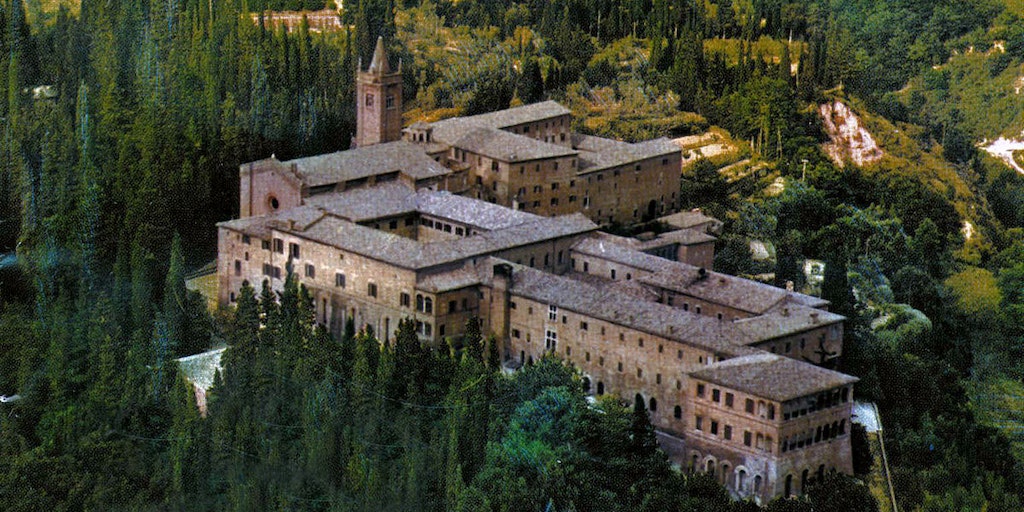 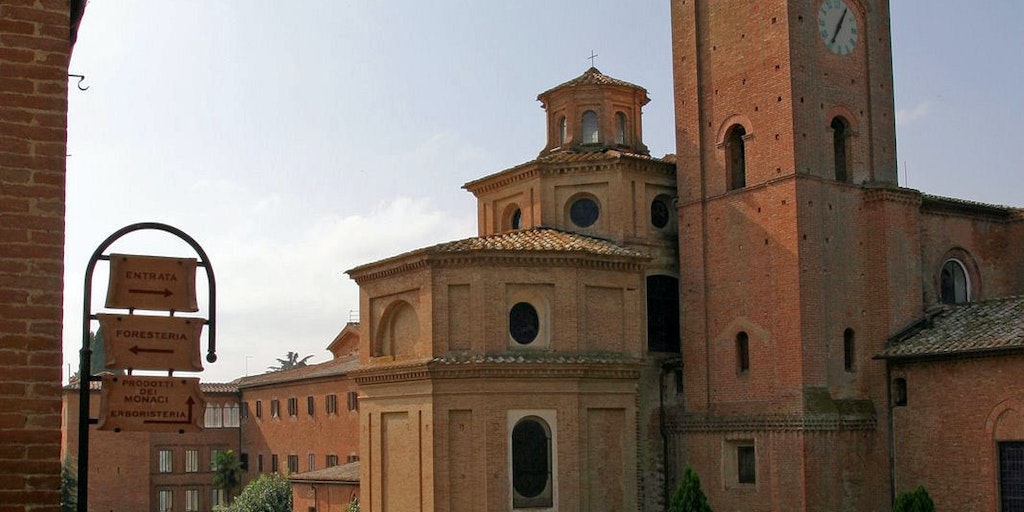 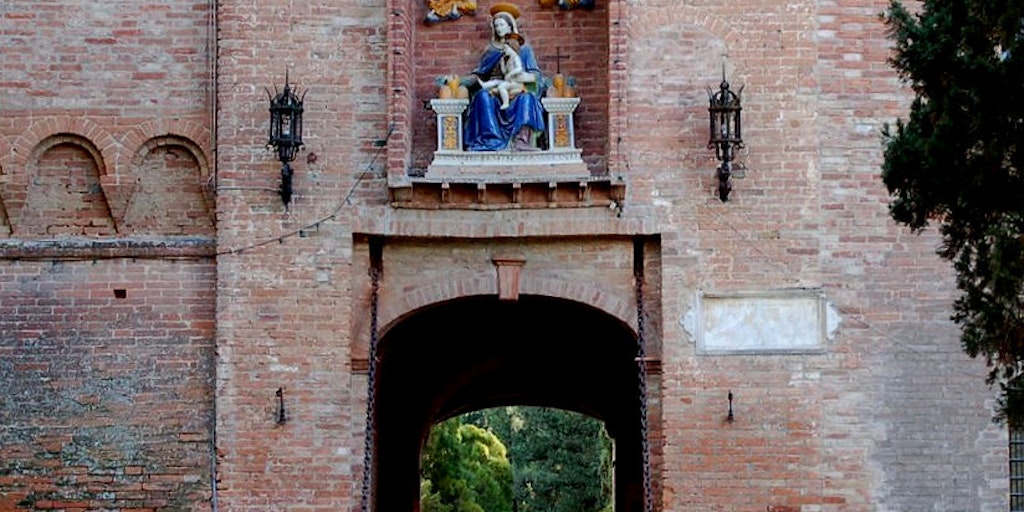 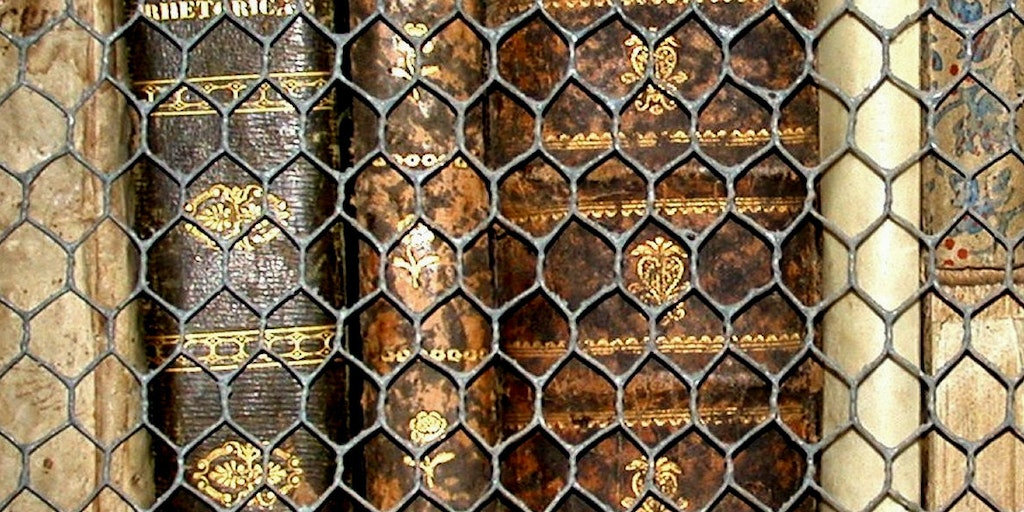 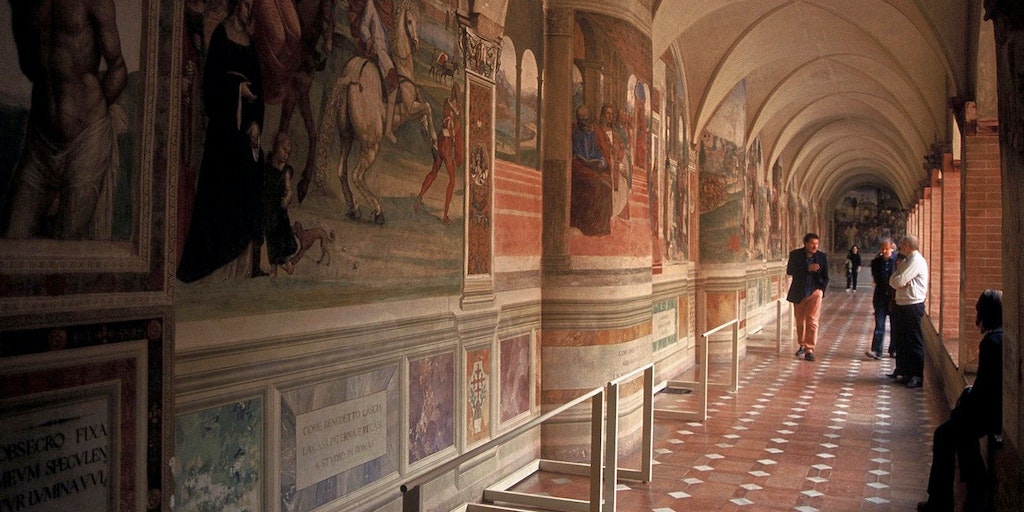 Loading content
At the top of a forest covered peak in Tuscany the monastery Monte Oliveto Maggiore stands in solitary majesty. You get here by driving up the winding country road before arriving at the impressive building complex. The monastery was built at the start of the 14th century when 3 Sienese noblemen and the holy Bernado Tolomei settled in this rugged place to pray and work.

The monastery was founded in 1319 as a suborder of the Benedictines. The order “Olivetans” grew quickly and during the time of the Black Death became famous because its members voluntarily left the safety of their monastery to minister to plague victims in the towns. Bernado Tolomei and 80 of his monastic brothers lost their lives because of this.

As time passed the monastery also improved its good reputation because of the many great religious figures who came from here, and in the 1400s the order was at its height with no fewer than 53 monasteries and 900 monks throughout Italy.

The majority of the monastery’s impressive buildings and artworks date back to the 15th and 16th centuries. The monastery’s colonnade is decorated with frescoes by great artists depicting life of Saint Benedict.

Like so many other monasteries, Monte Oliveto Maggiore experienced a downward turn in its fortunes in the 18th and 19th centuries. One reason for this was the anti-clerical policies of the various governments. At the end of the 1800s the monastery grew once again and today it is home to the largest and most active group of Benedictine monks.

The abbey church is open daily for visitors and there is also a little restaurant, a café and a souvenir shop all run by the monks.