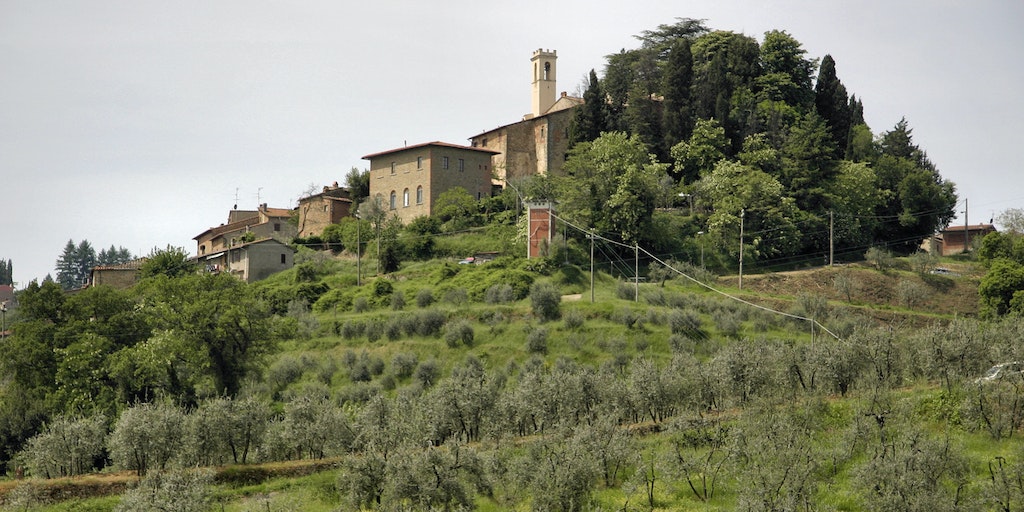 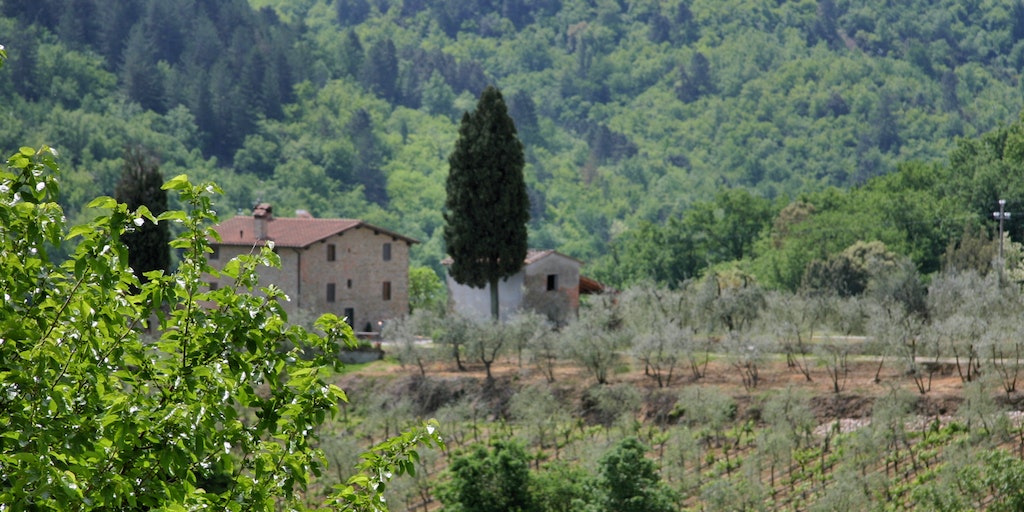 Loading content
In the Cavriglia province, you find Montegonzi where you can still see the former greatness and wealth of the town.

In the Cavriglia province, you find Montegonzi where you can still see the former greatness and wealth of the town.

There are lots of castles and Roman village churches, with simple architecture and often elaborate stone masonry, which all inspire much contemplation (and reflection that standards have since declined). But this is happily one of Tuscany’s least visited corners, so you won’t have to queue for hours or live in fear of being spoken to in German...

Near Castelli Rocche Torri are the ruins of Castello di Montedomenichi, which was built in the 13th century by the aristocratic Ricasoli family. This family produced an excellent representative in the middle of the 19th century, in the shape of Baron Bettino Ricasoli, who under the epithet of ‘the iron baron’ was foreign minister in the first coalition Italian government. Bettino Ricasoli has, however, etched his name on the minds of all wine lovers as the man who first described the combination of grapes that is most likely to produce the good Chianti we enjoy drinking today. The wine from this family’s vineyard, Castello di Brolio, is today amongst Italy’s best. In 1314 the Ricasoli Castello di Montedomenichi family surrendered to the Province of Florence, which wanted to strengthen its borders against Arezzo. In the 14th century the castle was an important Florentine bastion, and today you can still clearly see traces of the old impressive defences.

A little outside of the village of San Martino we find the castle Castello di Pian Franzesi, which was once owned by the aristocratic Franzesi family. This family from Staggia Senese originally came from France (as the name suggests), but after settling in Tuscany in the 13th century, the family became so rich from trade and banking that they eventually managed to acquire (buy) an aristocratic title. Today the old castle is a magnificent estate, with many of the original features still in evidence.

You should also visit some of the impressive village churches in the area. Of particular interest is Pieve di San Pancrazio – records of this church date back to the 11th century! This simple church has to a great extent retained its original appearance from Roman times, and consists, as was traditional practice then, of just one nave. Notice the simple capitals that top the columns, and the harmonious apses at the end of the nave and the transcript.

We can recommend the restaurant 'Daniele e Riccardo Ristorante' in Montevarchi. We got this recommended by some locals and it was definitely... worth it. You don't get any menucard, but a lot of tasty Italian surprises for almost no moneyRead more

The town is very small, but lovely with the small grocery store and a osteria. It takes about 10 minutes to walk to the town.

View all reviews of Montegonzi