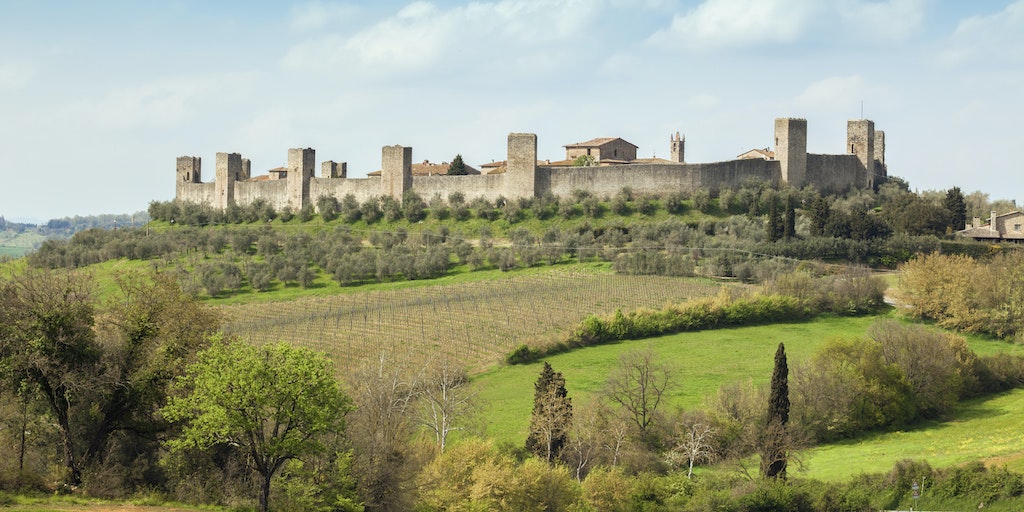 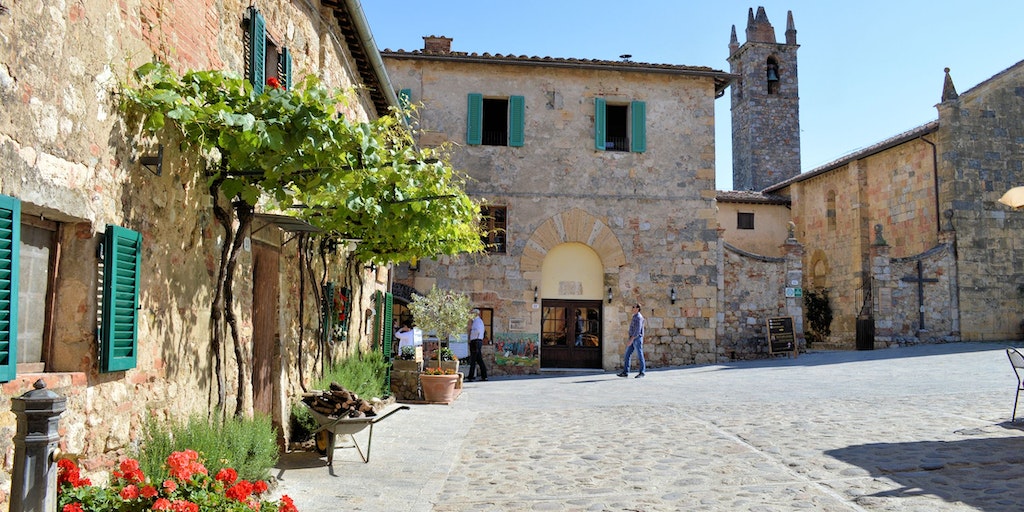 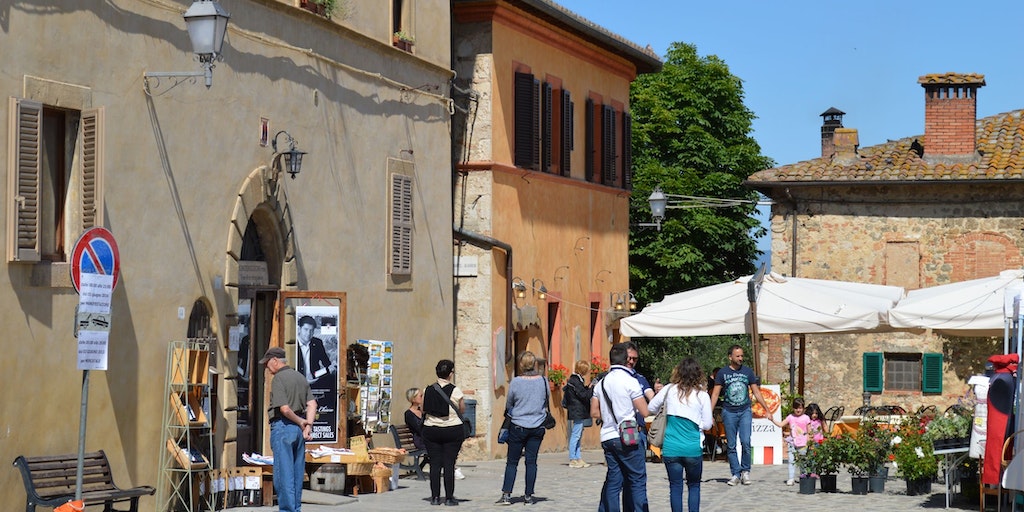 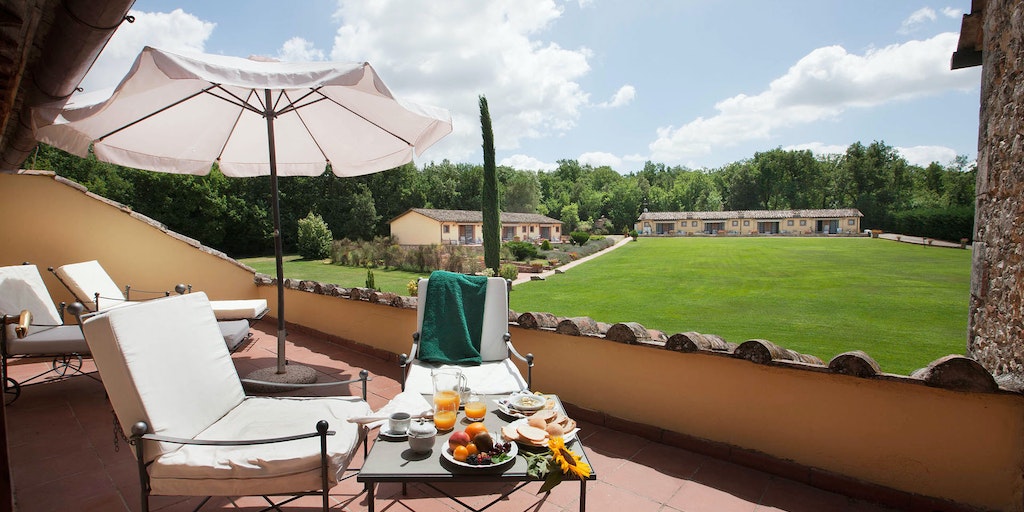 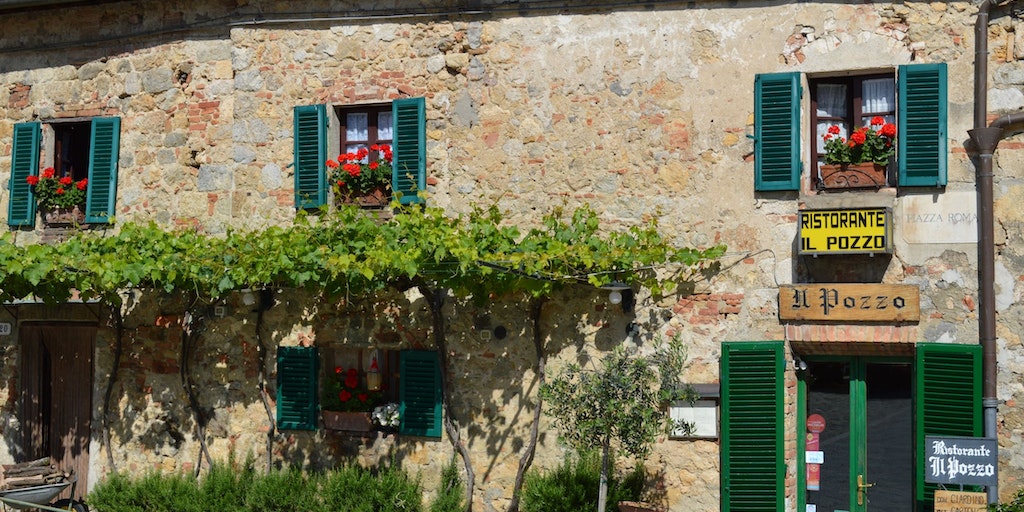 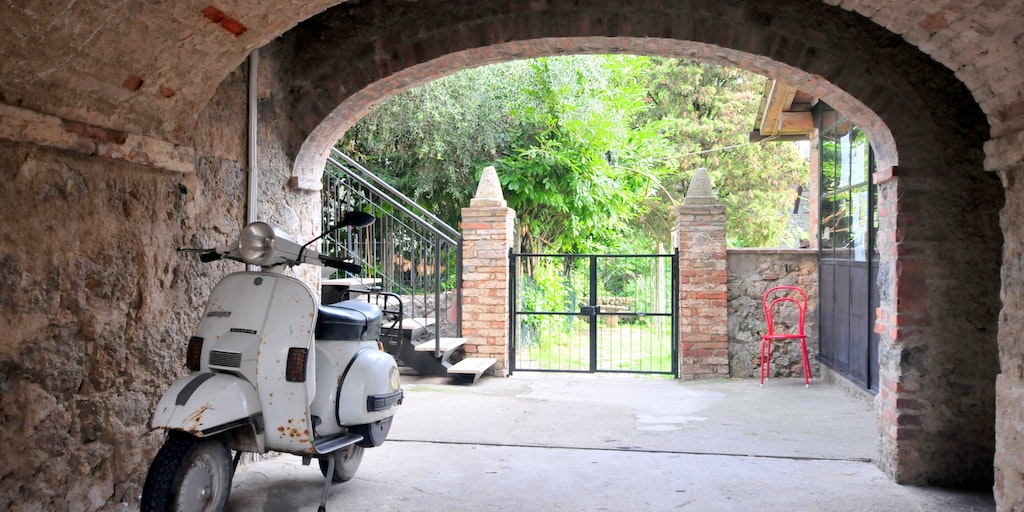 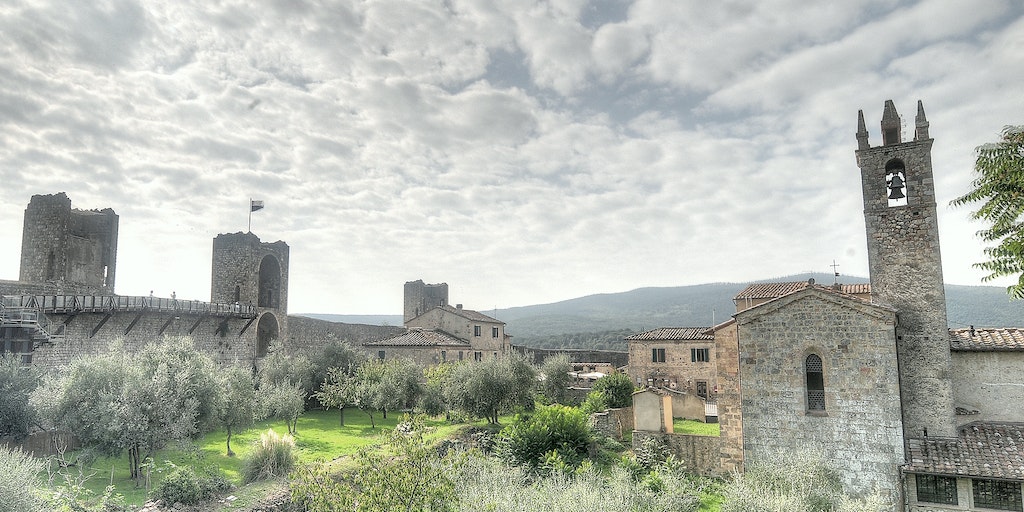 Loading content
In 1213, the province of Siena built this unique castle on the remains of a Lombard settlement from the 8th century to function as an outpost to guard against the Florentines, who often invaded Sienese territory.

“For just as the wall around Monteriggione is topped by a throng of high towers, there stood around the rim of the chasm, with their heads, necks and torsos on show, the same powerful warriors that Jupiter still keeps in check with thunderclaps from Heaven".
This is how Dante described a troop of Titans, sitting round a well, in his Divine Comedy  (Hell, XXXI, 40-45). He was here referring to something famous and revered throughout Tuscany: the castle town of Monteriggioni. In 1213, the province of Siena built this unique castle on the remains of a Lombard settlement from the 8th century to function as an outpost to guard against the Florentines, who often invaded Sienese territory. Six years later the castle was complete and extremely impressive with its town walls measuring 570 metres long by 2 metres thick. There were 15 towers 15 metres tall around the walls and these provided the inspiration for Dante’s powerful analogy.

Throughout the centuries, the castle frequently functioned as a safe house for Sienese battalions, as the battles against the perfidious Florentines raged. In 1349 the castle became home to a specially appointed captain for quite some years. His mandate was to crush the many bandits who were laying waste to the area in the wake of the Black Death. But when the castle was put to the ultimate test in 1554, when the Florentines and Spaniards advanced to occupy Siena and crush the Sienese Republic, the Monteriggione commandant surrendered without a fight.

Today the magnificent towered wall is in as good a shape as ever, and from the top of the hill that is covered with vineyards, it watches over the.... motorway between Siena and Florence! Yet despite the modernity of the view, the village, which has grown up within the walls, is delightful as almost all the houses are at least a few hundred years old. It’s not without good reason that every July, the village holds a medieval festival, with dancing, singing, jousting, music and much more!  It takes no more than one or two minutes to walk from the southern gate to the northern gate, but there are still two cafés, two good restaurants and a couple of small shops here. You have to either park in the large free car park, a few hundred metres from the town wall, or in a little private car park (where you have to pay) a little down from the wall. Understandably cars are not allowed within the town walls.