Pisa, Tuscany The history of Pisa 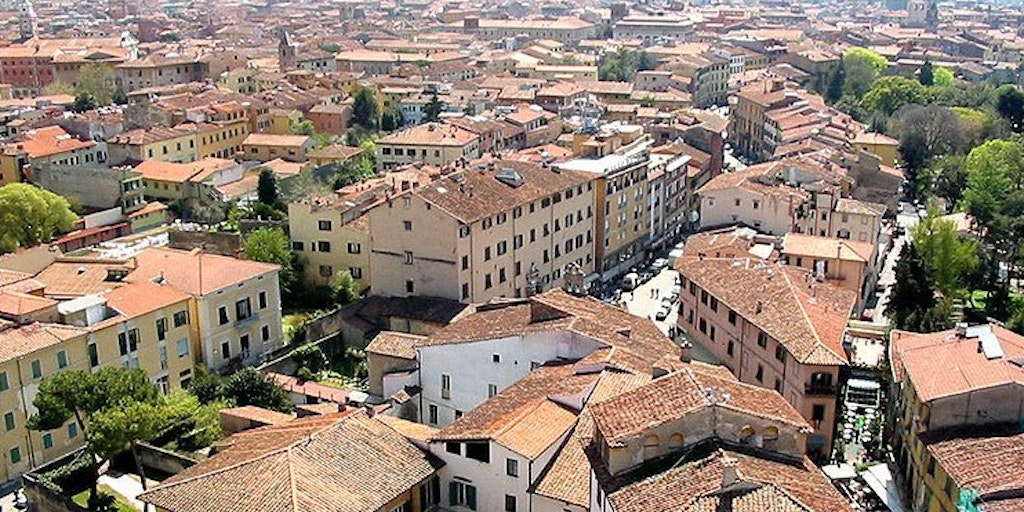 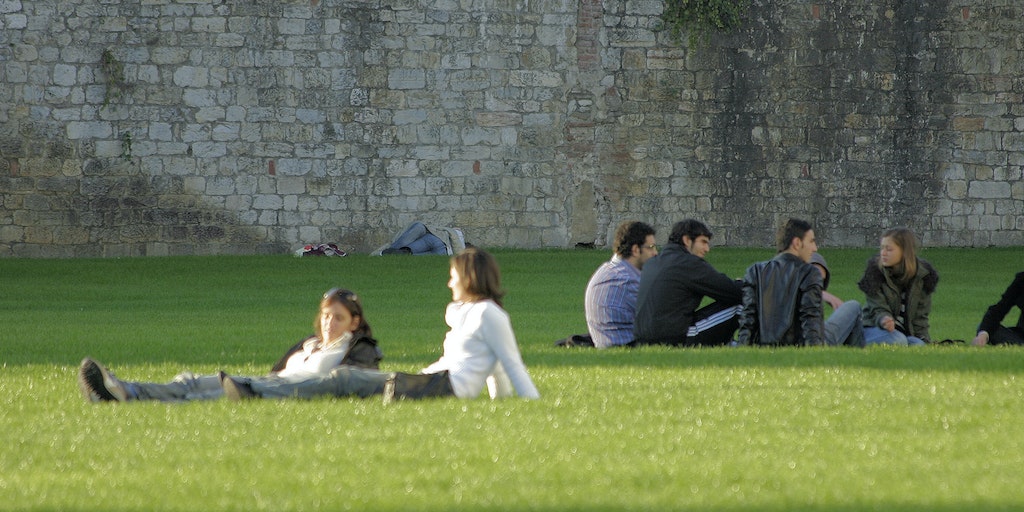 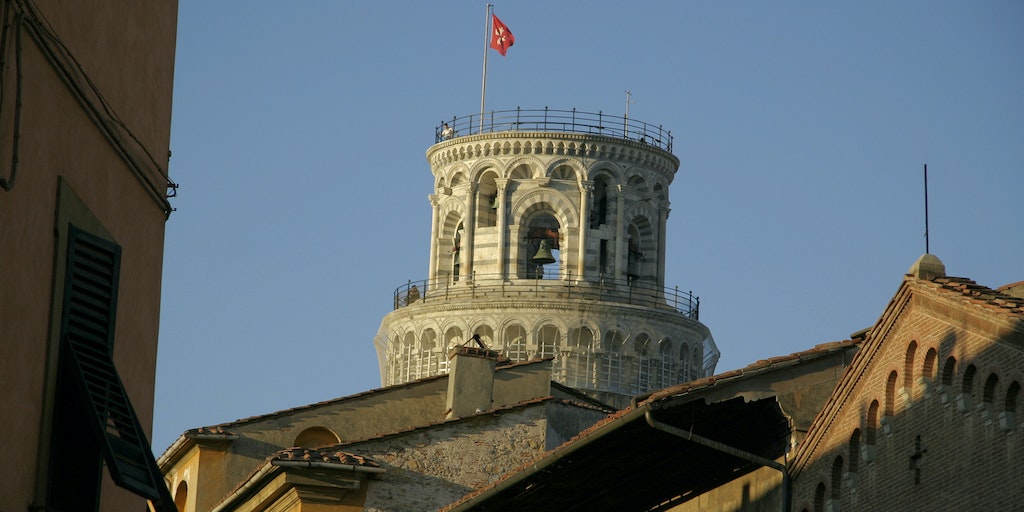 Loading content
“Pisa is more than just the Leaning Tower – but not much. The town has surprising little to offer the tourist once you have seen the tower and the other famous buildings: Duomo, Battistero (Baptism chapel) and Camposanto.” Gads Guide - Firenze and Toscana

And that says it all! Although not many people or guidebooks are as matter of fact as Tim Jepson in the quote above, this is the attitude towards Pisa found in many of the guidebooks. The town is way down on the list of sights in Tuscany. When the town does get a mention it is almost exclusively because of the monumental buildings on and around Piazza dei Miracoli. Even the Tuscans themselves have been known to say that were it not for the tower, Pisa would not be a tourist attraction.
Tourists are, as a rule, good at following the guidebooks and therefore only a tiny part of the millions who visit Pisa actually get away from the obligatory Piazza dei Miracoli. When they do venture down the side streets, it is normally in search of a cup of coffee or a meal. There is a vast gulf between the Pisa the tourists see and the rest of the town. Unlike other places in Tuscany, Pisa is not there for the sake of the tourist.
Agriturismo il Colle
What follows here is a little taste of the history of Pisa and some suggestions to sights that are not overshadowed by the Tower.

Pisa through the centuries
It is unknown who founded Pisa. Historians have said it could be the Greeks in the 6th or 7th century BC or the Ligurians. What is known is that in 5 BC Pisa was occupied by the Etruscans and Etruscan Pisa was allied with Rome in the Punic Wars before it came under the control of Rome. At this time, Pisa was a powerful maritime power and it kept this role under Roman rule. Pisa in Roman times occupied the area between the cathedral, San Zeno and Arena Garibaldi. The town centre moved to its present area in the Middle Ages.

Pisa was a large and important town in the Roman Empire but despite the town’s importance during this period there are no Roman remains in Pisa apart from some sarcophagi and sparse ruins.

Its position as an important maritime power did not change during later periods of Gothic and Lombard dominance in the 6th to 8th centuries. Under Carolingian rule in the 9th century Pisa was an important town and with the start of regional government in the 11th century the town’s role as maritime power in the Mediterranean was strengthened. Pisa also defeated the Saracens in Sardinia, created trade colonies everywhere and was one of the largest suppliers of ships for the crusades. During the first crusade alone (1095-1099) the town contributed with no less than 120 galleys.

In 1092 the status of the town increased as it became an Episcopal city with jurisdiction over Corsica. This was increased to include Sardinia in the next century. The 12th century was undoubtedly Pisa’s financial, political and artistic zenith. The city overshadowed all other Tuscan city states and was one of the greatest powers of the age. A clear sign of the importance of the city are the town walls which were started in 1155. They are over 7 km long and encircle more than 390 hectares making Pisa one of largest western cities of that age.

This period of time was marked by constant battles with other city states to gain the greatest possible territory and the best conditions for trade and production. Alongside and mixed up with these battles was the great power struggle between the emperor and pope, a struggle in which cities and families often took sides – often more according to speculation of own gain rather than conviction: if my enemies choose the emperor’s side (the ghibellines) then I will  choose the pope’s (the guelphs)! Pisa chose to support the emperor while its neighbours Lucca and archenemy Florence chose to support the pope. This decision led to the city receiving Sardinia from Frederik I Barbarossa in 1165.

However, towards the end of the 13th century, Pisa started its decline into provincialism. This was mainly due to the competition between Lucca, Florence and the other maritime power Genoa, but also due to the fact that Pisa chose the wrong side in the struggle between the pope and emperor. The battle at Meloria 6th August 1284 resulted in a painful defeat to Pisa’s navy by the Genoese. This was a defeat from which Pisa was never able to recover. Pisa lost nearly all of its navy, many Pisans lost their lives and many thousands languished in Genoese prisons for years. This fiasco increased internal tensions and in 1288 led to a dispute between Count Ugolino della Gheradesca and the archbishop Ruggieri. The words ascribed to Count Ugolino in Dante’s Inferno 33rd song have immortalised this episode. Archbishop Ruggieri accuses Count Ugolino of being a traitor and as punishment, the Count and his two sons and two nephews are walled into a tower in the city where they die one by one. The tower has ever since been known as the Torre della Fame – the Tower of Hunger.

In the 14th century Pisa alternated between a “republican” region and dictatorship. At this time Pisa moved further away from its traditional ghibelline policies as financial interests demanded peace with the Guelph powers, including Florence. This was the case during the dictatorship of Pietro Gambacorti (1370-92), which came to a sudden end when he was murdered on the doorway to his magnificent mansion house by some conspirators led by Iacopo d’Appiano who immediately took power. In the years 1399-1405 Pisa was ruled by the Milanese family Visconti, which caused an unavoidable defeat to the hated Florentines. In 1405 a rebellion against the Milanese rulers and a famine and population decrease led to the Florentine attack in 1406. The siege did not last long but Pisa finally capitulated.
Although Pisa tried to escape Florentine rule and for a short period, 1494-1509, managed it, the city’s history as an independent city state was now over. From 1509 until the unification of Italy in 1860, Pisa was a part of the Grand Duchy of Tuscany and was under Medici rule for most of this time. The Pisans are unwilling to admit it, but under the Medicis the city experienced a modest financial and cultural advance. Lorenzo de’Medici in particular gave the town new wind in its sails by re-establishing the old university. The scientist Galileo Galilei was a teacher there.
During the Second World War Pisa suffered more damage than the majority of the other Tuscan towns. Many of the town’s most beautiful buildings and works of art were damaged by the bombing but luckily most of the town has been restored to its former glory.