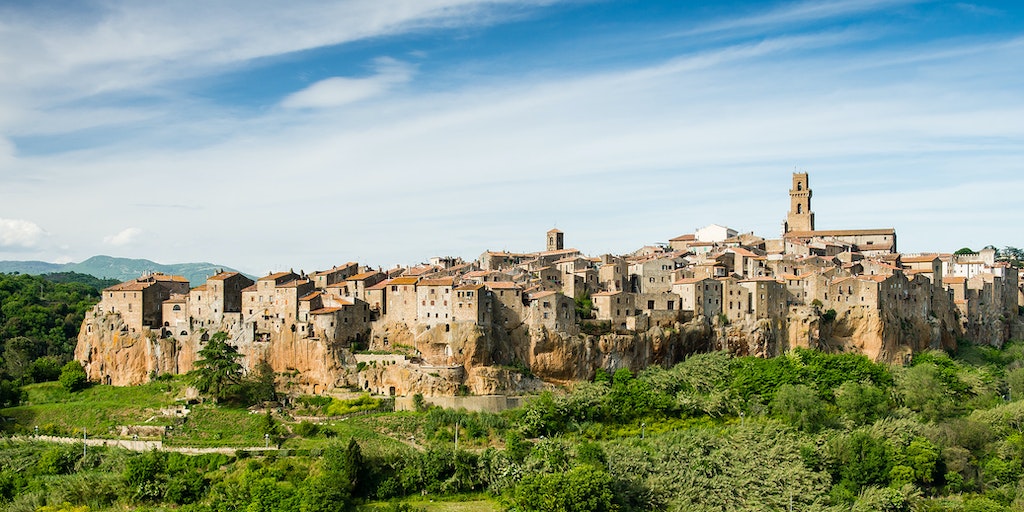 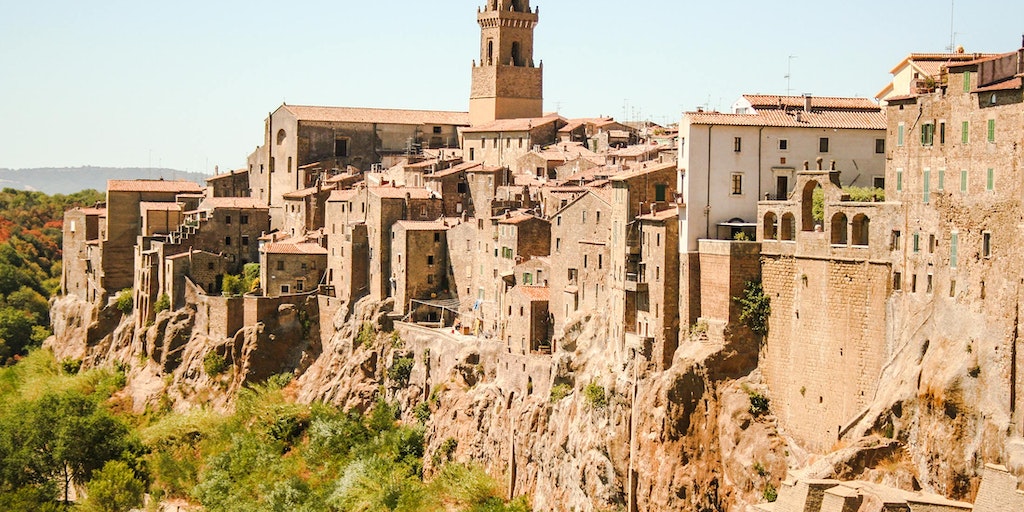 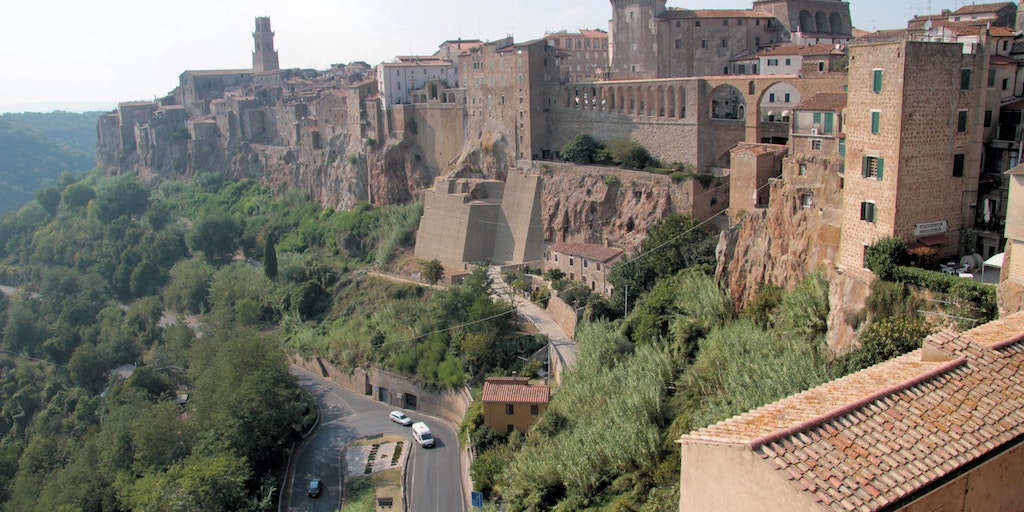 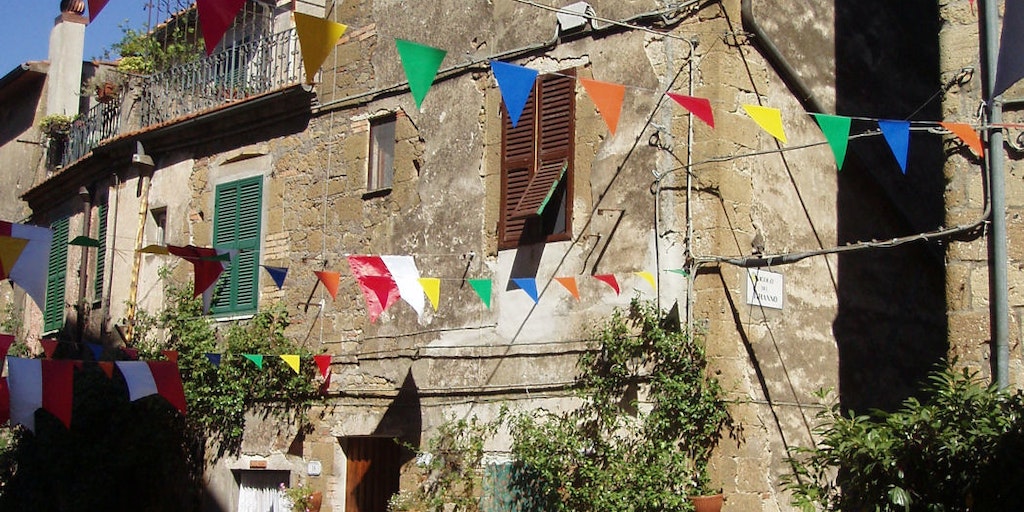 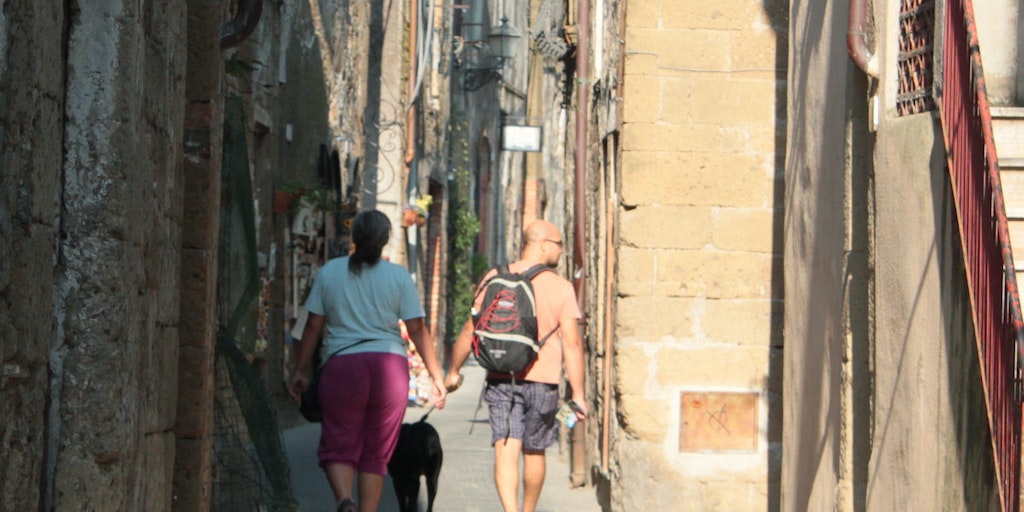 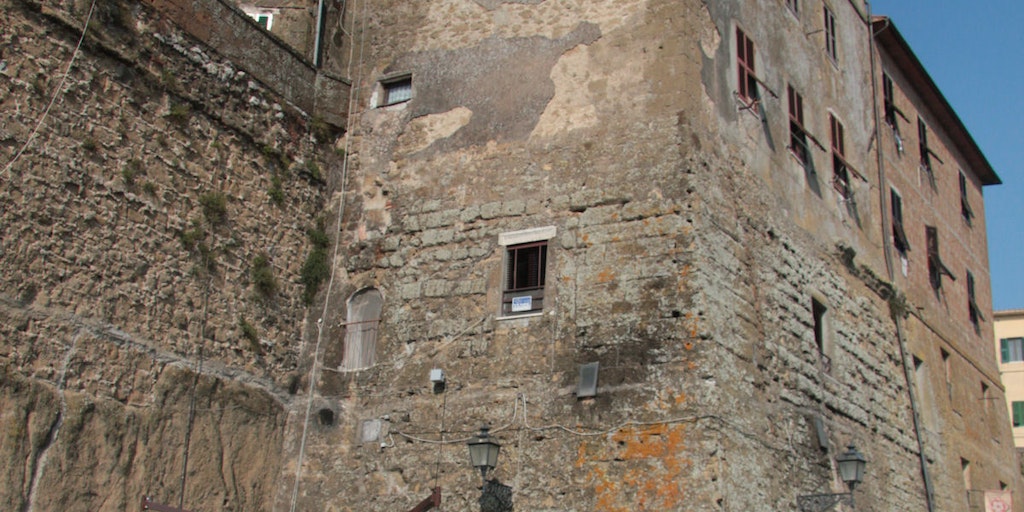 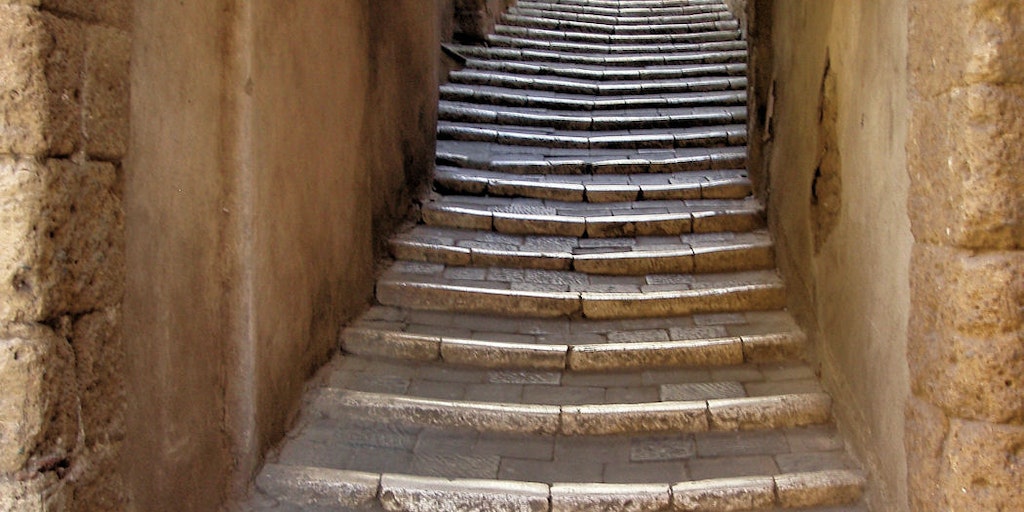 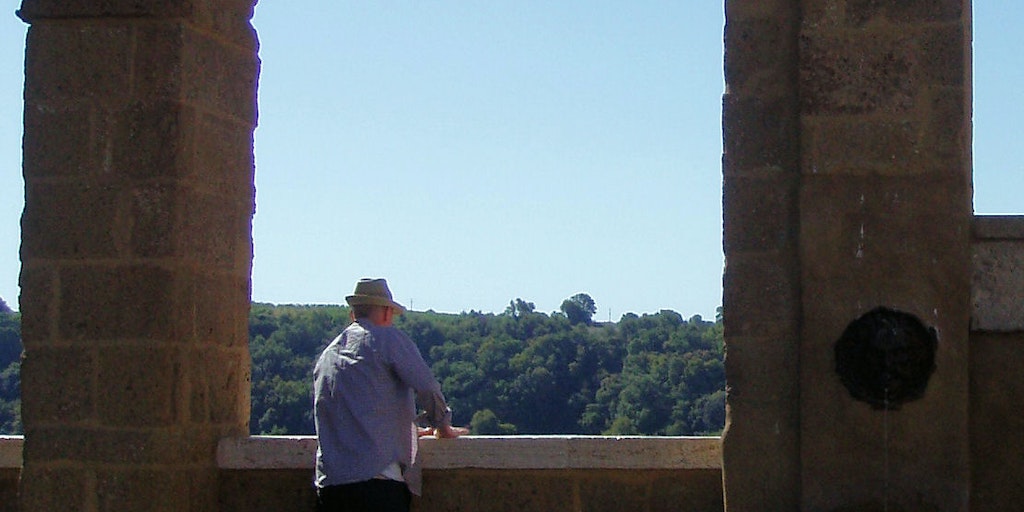 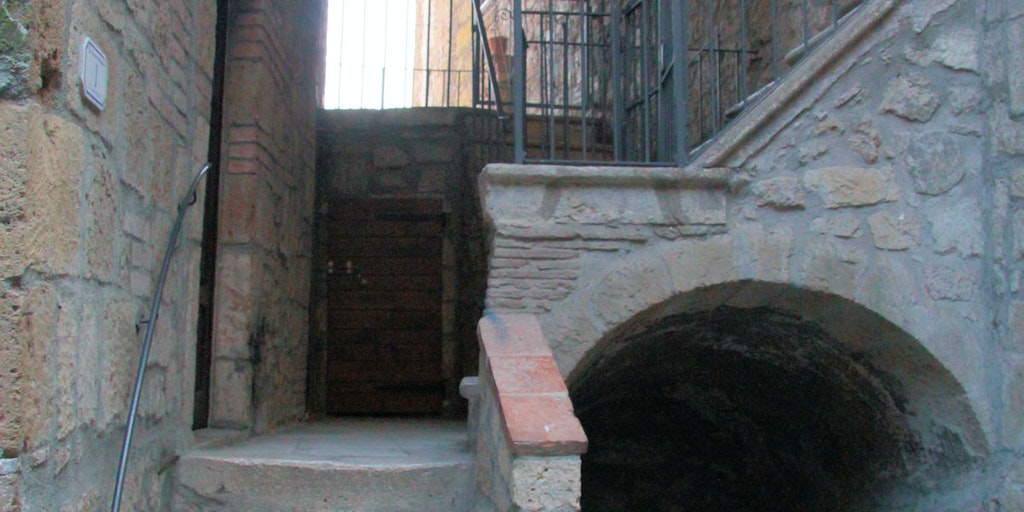 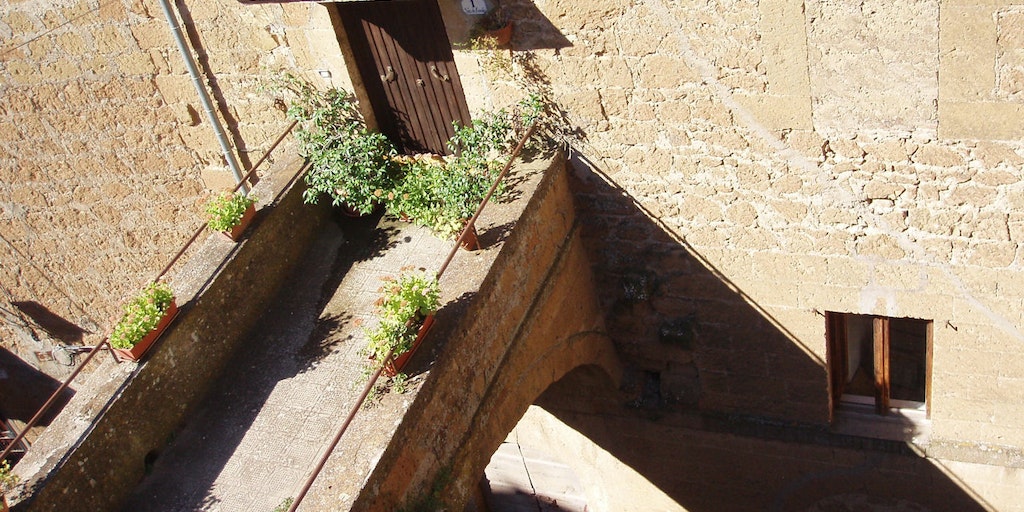 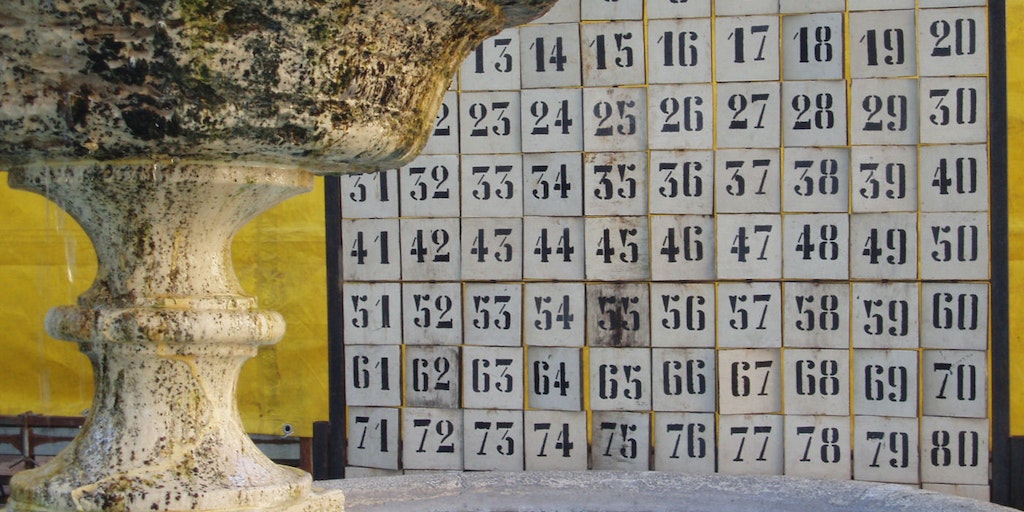 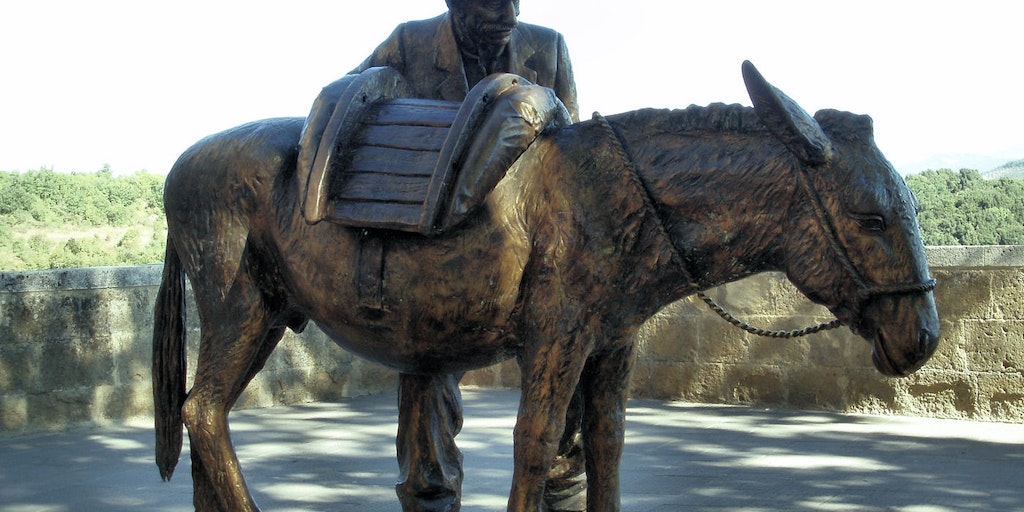 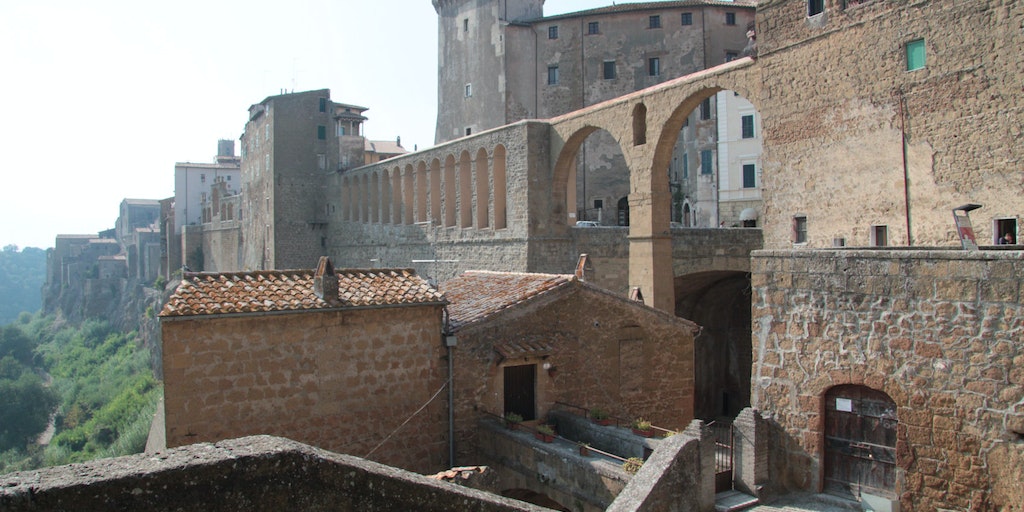 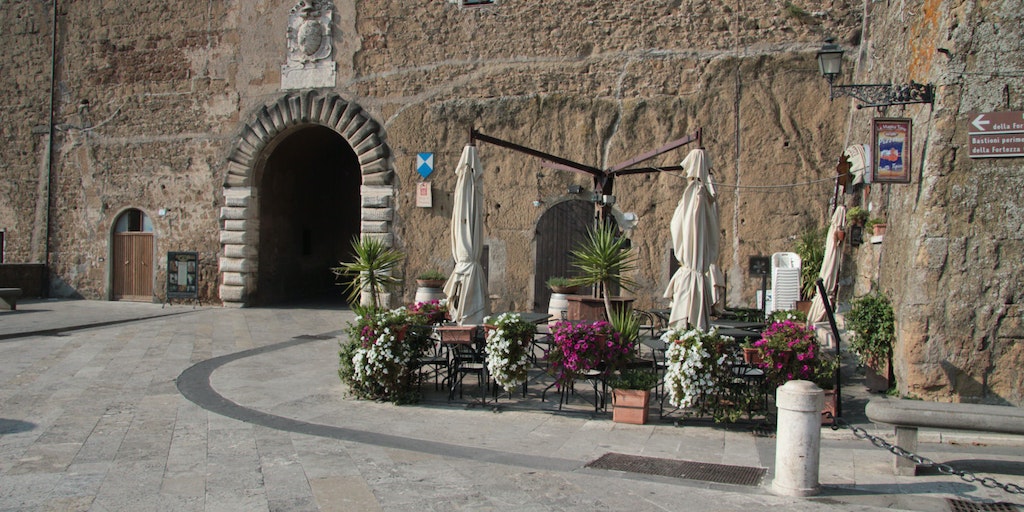 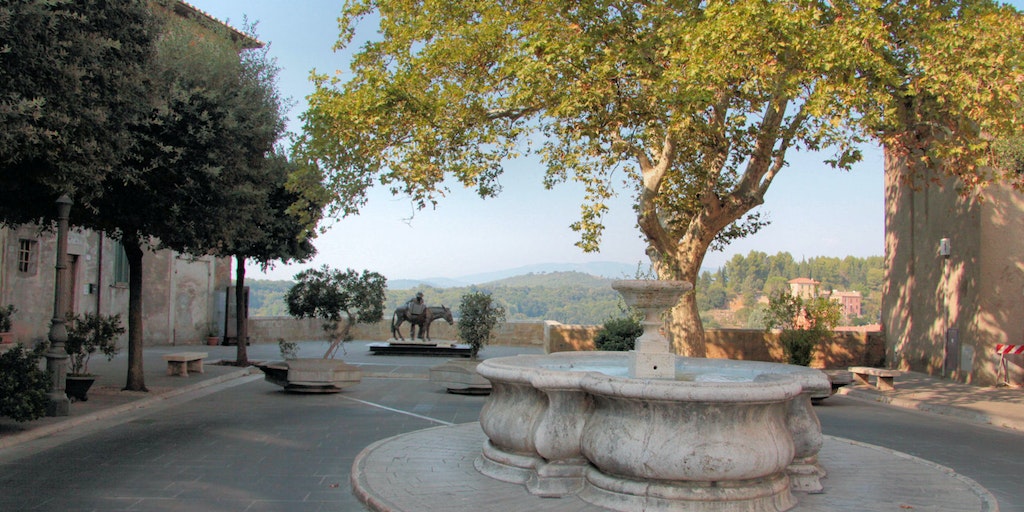 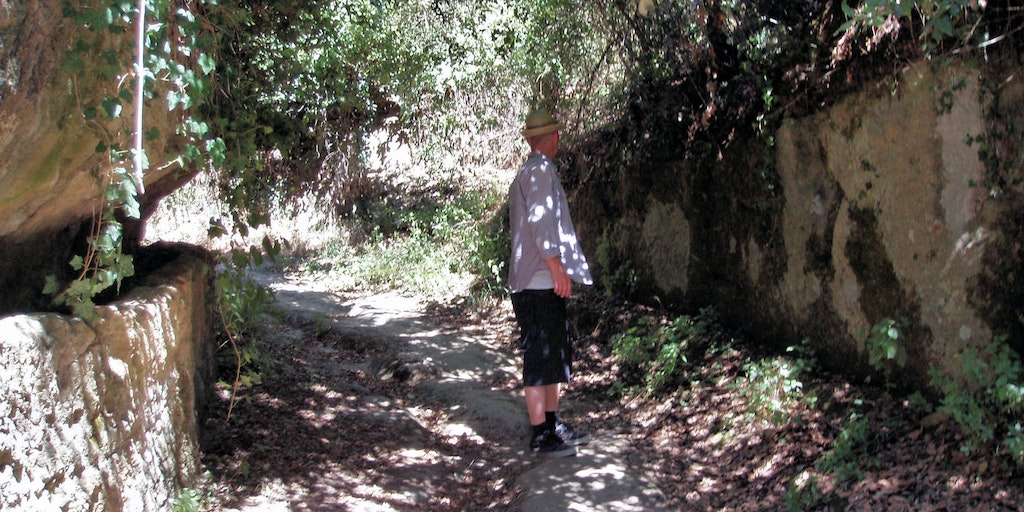 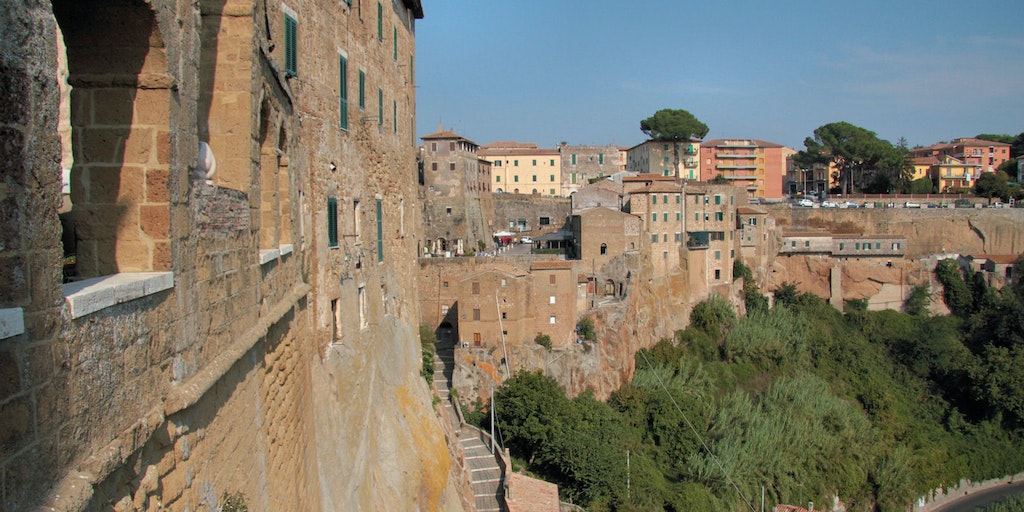 Pitigliano is filled with Etruscan footprints in the foundations of the town's architecture. It is also fascinating for its surrounding countryside and greenery.

We strongly recommend a visit to this charming and unique town that is built into the rocks! It is small and cosy and has a myriad of fascinating winding streets to explore.

See the town carved out of rock

It is tuff (a type of rock consisting of consolidated ash) that characterizes this town, as its tradmark is that it is carved out of rock in the hills. With its narrow streets, its squares, its scenery, countless streets linked together in a fantastic maze, a trip round this town could make you dizzy at times! Though it does have two parallel streets full of shops around which the rest of the streets revolve around.

It realy is an enchanting experience to wander the streets here and discover the many corners with interesting shops, restaurants and cafes that know only too well how to satisfy hungry tourists. The Piazzo del Mercato hosts a weekly market in the newer part of the city on a Wednesday morning, and you will also fine supermarkets, a hospital, pharmacy and other useful shops in this area.

Summer Events: The town is filled with life in August and September with flags floating in the streets, dance groups and live music and various other entertainment is put in place for children and for adults. There are inflatables, sweet stalls, fair games (where the men put on a show for women in the hammer throw), wine tastings, lectures and cultural exhibitions and so on. During this time the people can access the Palazzo Orsini, whilst the rest of the year, the town lives in utter tranquillity.

Little Jerusalem: Most houses in Pitigliano are the second homes of Italians from other regions, especially the Romans. Formerly, Pitigliano was a small Jewish centre which is why some Jewish people still come here to visit the synagogue, the kosher wine cellar or the butcher, the former dyeing workshop at the Jewish cemetery, Jewish restaurants in the town (which are however not purely kosher). Today there are no longer Jews amongst the towns inhabitants, however, Pitigliano has retained its nickname as Little Jerusalem since the fifteenth century.

Wine lovers: Pitigliano is also home to a wine festival which seems obvious when you consider that the town has an industrious white wine production. So you can expect to find different wineries that are perfect for tastings in the hills surrounding the town. It is said that one of the first white wines, which became known as DOC, was Doc Bianco di Pitigliano in 1966. Today's methods have become a little more refined than back in the 60's, but the wine is still Doc.

Vie di cave: Around Pitigliano there are some historic footpaths called Vie di cave that were built by the Estruscans. These date back many years and even up until after World War II they were used as many byways due to the lack of real roads by the locals with their donkeys and carts.

It is an amazing experience to walk in the sun along these ancient paths, sometimes interrupted by Etruscan necropolis, such as the Cava di San Giuseppe. Remember to wear good shoes for pounding roads such as these that are dotted with holes and tree roots. These areas are home to a rich variety of insects and other animals and if you are lucky, you can see small snakes, and if you really do not have luck, you could be bitten by horseflies!

At the bottom of the valley of Pitigliano there are a number of small rivers which cross at certain points and form bucolic waterfalls. The water is fresh but not always easy to swim in but you can have a go in the summer.

Excursions:
Pitigliano is an hour from the coast, and you can visit the beaches that extend to Albinia Orbetello. These white sandy beaches are very beautiful, suitable for children and have shaded parking under the pine trees. We also recommend excursions to the nearby towns of Sovana and Sorano, Bolsana and Lake Bolsana (where you can also swim) and to the town of Scansano, Mount Amiata and its charming small towns. Finally you can visit the hot springs of Saturnia.