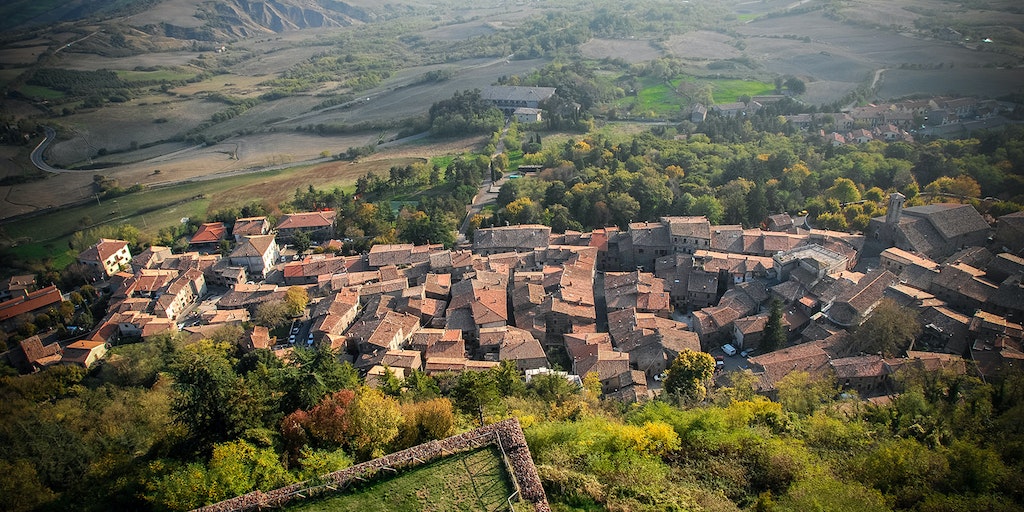 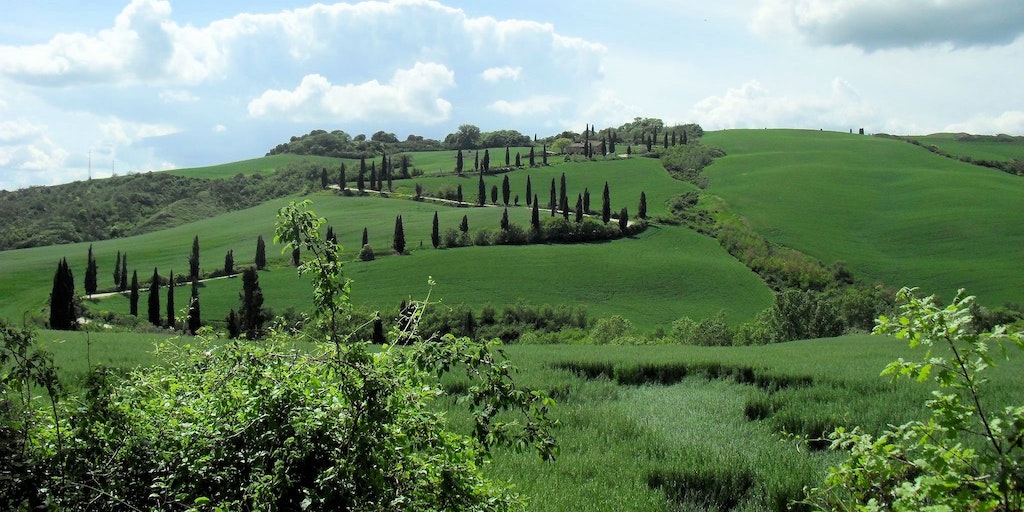 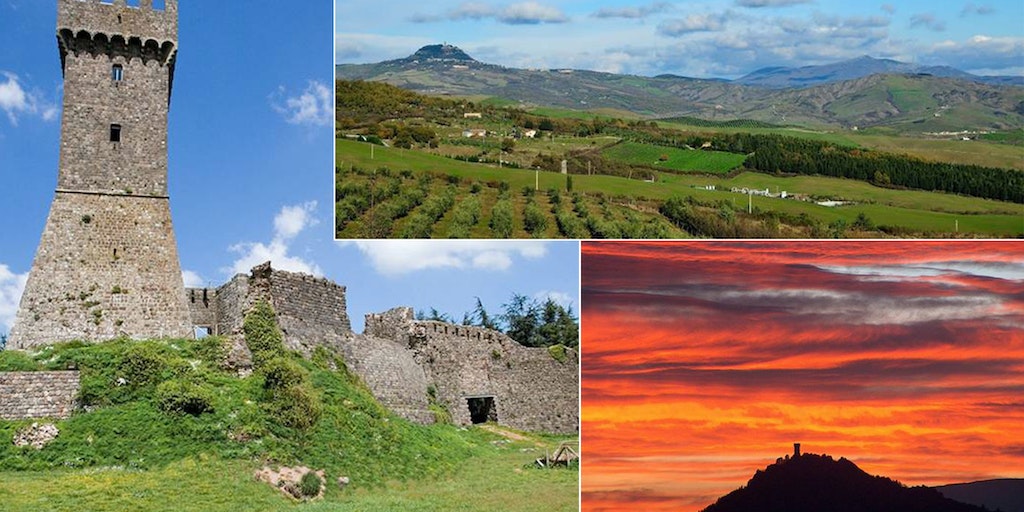 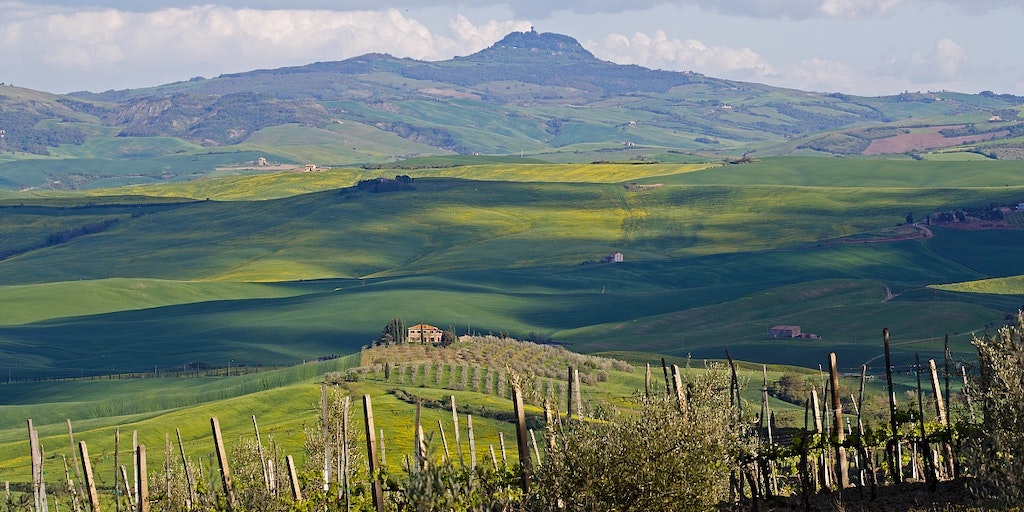 Loading content
From Mount Amiata to the Appennines, through Bolzena and past Lake Trasimeno you are in the midst of wild and untouched nature. The town lies on the top of a dramatic 896 metre high mountain, which is an ancient extinct volcano.

Radicofani is on the eastern side of the Amiata Mountain, about one hour’s drive from Siena, Grosseto and Perugia.

From Mount Amiata to the Appennines, through Bolzena and past Lake Trasimeno you are in the midst of wild and untouched nature. The town lies on the top of a dramatic 896 metre high mountain, which is an ancient extinct volcano. The impressive fortress dominates the landscape from where the border between Tuscany and Lazio was controlled for centuries.

The town is built on an ancient Etruscan settlement, and there are numerous ruins and museums bearing evidence of their presence in this area. Although the town was occupied in Etruscan times it did not play an important role under the Romans until the last Lombard king 'Desiderio', recognised its strategic position and made it into a key communications post. During the following centuries, the town came under papal dominion, then under Siena, then the Grand Duchy of Tuscany and finally, along with the rest of Tuscany, it became part of the new Italian state in 1860.

The fortress was originally built in Carolingian times. Pope Adrian IV strengthened and extended it and finally Cosimo de’ Medici requisitioned its final conversion. The Ghibelline Ghino di Tacco defended himself up here. Dante and Giovanni Boccaccio make reference to these events in their works. After the fall of Siena, the fortress held out heroically for some time, until finally, like all the other fortresses, it fell on 17th August 1559 and the La Balsam flag – the symbol of Sienese independence – was taken down.

On the outskirts of the town is the old town court, a palace where the council still meets. It was built in 1255 and decorated with the coat of arms of the Sienese Republic on the facade. Down the main street you can find the church Sant'Agata, a former monastery where there is a magnificent altar decoration by Andrea della Robbia and a wooden crucifix from the 13th Century.

On the square just opposite is the San Pietro church, built in Romanesque style in the 14th century. There are many valuable works of art in the church and it is well worth a visit.

We should also mention the statue of Ghino di Tacco, which is found in the garden at the side of the square, and the impressive Villa Medicea further down the valley.