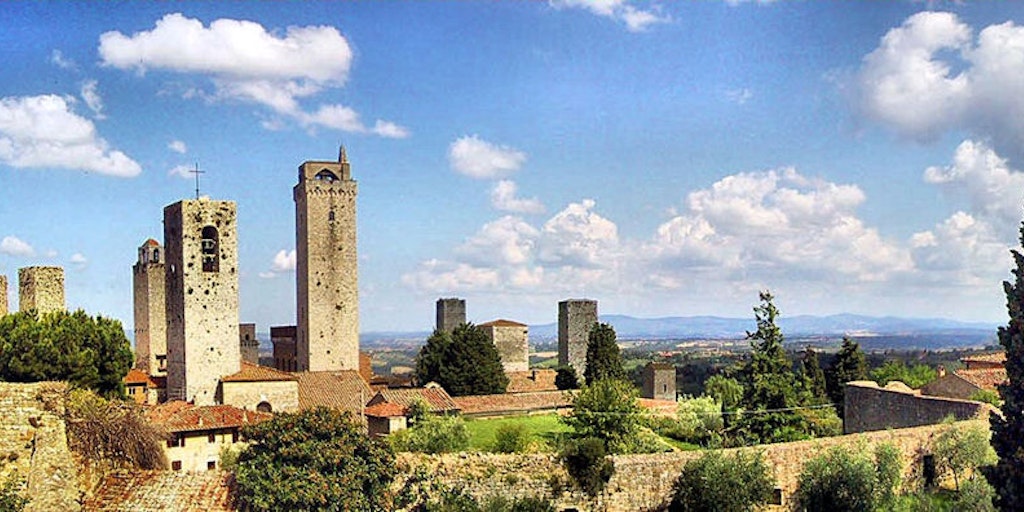 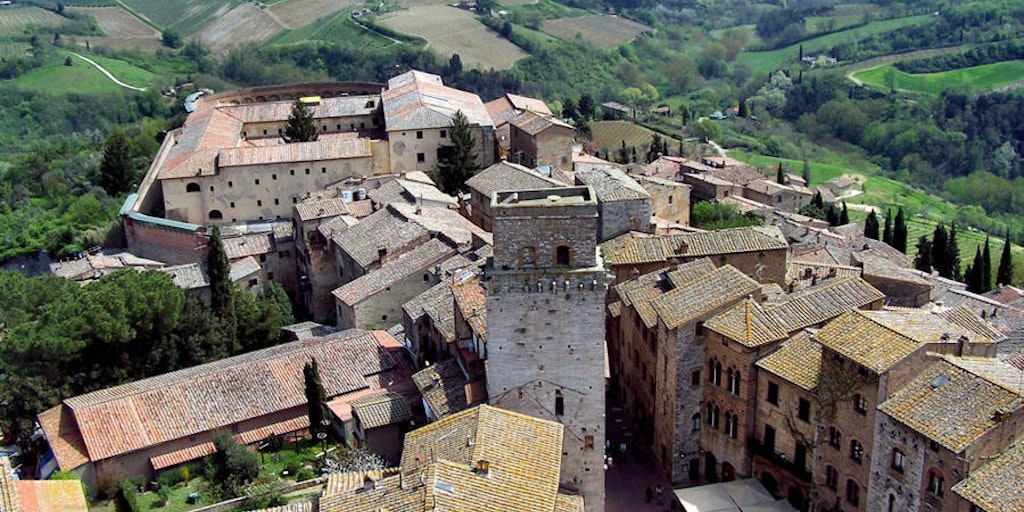 Loading content
Ardinghelli and Salvucci had been fighting constantly for almost 100 years. The only time when the town was united was during wars with other towns. But the Black Death put an end to the town’s golden age.

In just a few months of 1348 half of the town’s population died and as the pilgrims stopped coming all life disappeared from the town. Following an intense debate the town council finally decided to adopt a proposal from the Ardinghelli faction and seek protection from Florence. The power of the nobility was crushed instantly and that is why the towers here were not torn down as they were in towns where the nobility posed a danger to the new rulers. Many of the towers decayed and others were used in house constructions, but many still stand. Another reason for their survival was the recession that the town suffered leaving San Gimignano a forgotten village. This is why there are very few buildings from the Renaissance and later periods. This really is a medieval town.

When we enter the town through the Porta San Giovanni, one of the town’s 5 gates built in 1262 like the rest of the town walls, we find many interesting buildings. The first is San Francesco, originally a Romanesque church but now home to a wine cellar! After a few tourist shops we go through Arco dei Becci (part of the town’s original fortifications before the expansion in the 12th century) to Piazza della Cisterna, named after the 13th century well in its centre. Here we are in the absolute heart of the town where the town’s most powerful families lived.

Piazza del Duomo is very close by and has not changed in appearance since the end of the 1200s. Here you will find all the most important public buildings. Opposite the former cathedral is Palazzo del Podestà (built 1239, expanded 1337) with a 51 metre high tower “la Rognosa”. On the left of the cathedral is Palazzo del Popolo (built 1288, expanded 1323) with its Torre Grossa from 1311 and 54 metres high. The museum is also worth a visit but needs time to be fully appreciated.


The cathedral, or diocesan church as San Gimignano is no longer a cathedral city, is worth spending some time visiting. The church was consecrated in 1148 but was expanded right up to 1460. From the outside it appears humble, some might even say boring, but on the inside there are many beautiful frescoes. The entire left hand wall depicts a series of episodes from the Old Testament. These were created by Bartolo di Fredi from Siena around 1367. More disputed is the creator of the episodes from the New Testament shown on the right hand wall. Some people allege that they were done by Simone Martini’s brother-in-law Lippo Memmi, others think Barna di Siena, also a disciple of Martini. What is certain is that they were painted between 1333 and the 1350s. Taddeo di Bartolo’s “Judgement Day” from around 1400 is a real joy to behold. Finally, Benozzo Gozzoli’s “Saint Sebastian” completes the decorations and takes us through a total of 100 years of art history! Another sight is the Capella di Santa Fina, dedicated to a local female saint from the 13th century where you can admire Domenico Ghirlandaio’s two splendid frescoes, which played their part in the film “Tea with Mussolini”.

Once you have seen the cathedral, you have to choose: You can either go up to la Rocca, the ruin of a fortress situated above the town. Or you can continue to the other end of the town and see the church Sant ‘Agostino. This church, built between 1280 and 1298, is wonderful and made more splendid by the large fresco cycle by Benozzo Gozzoli (1464-65) adorning the chapel behind the alter. The church is also decorated by other frescoes by Lippo Memmi and local artist Vicenzo Tamagnu. Its churchyard is an oasis of peace.
In fact, the walk to the church is an experience in itself especially if you walk down Via San Matteo, one of the best streets in the town flanked by various medieval houses and buildings that include the Romanesque church of San Matteo (1200s).