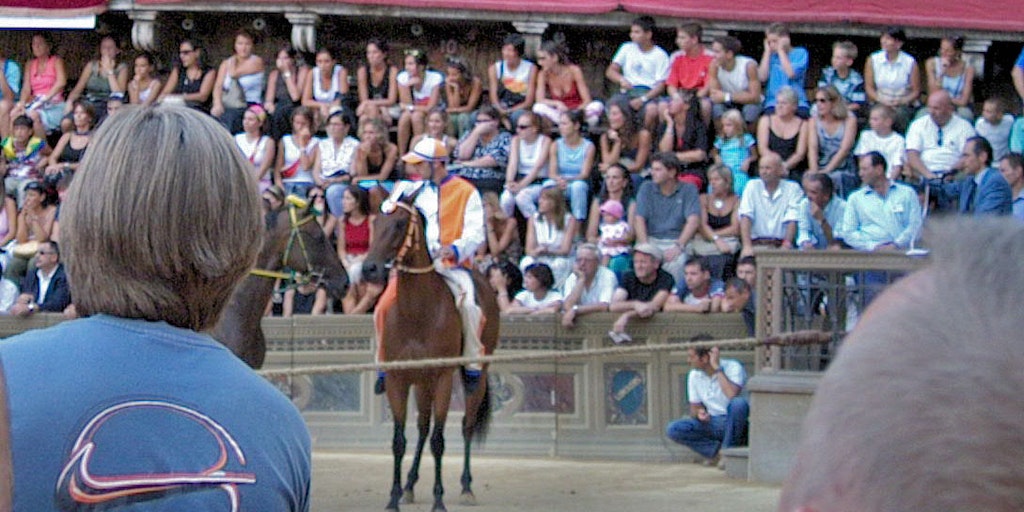 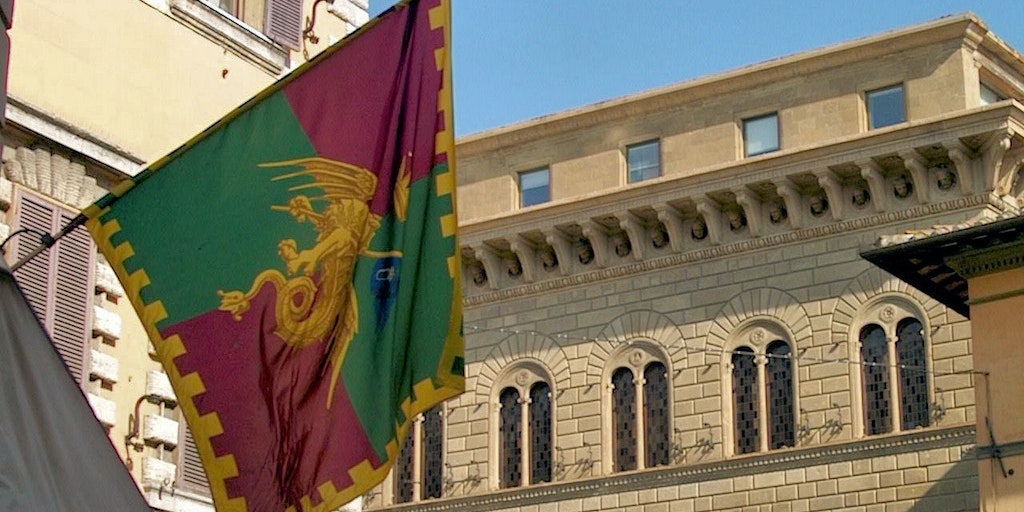 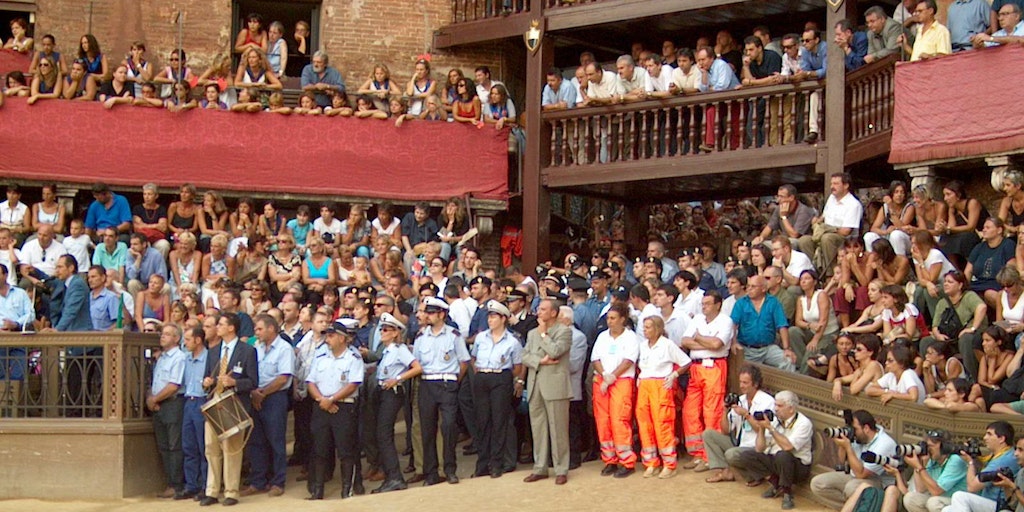 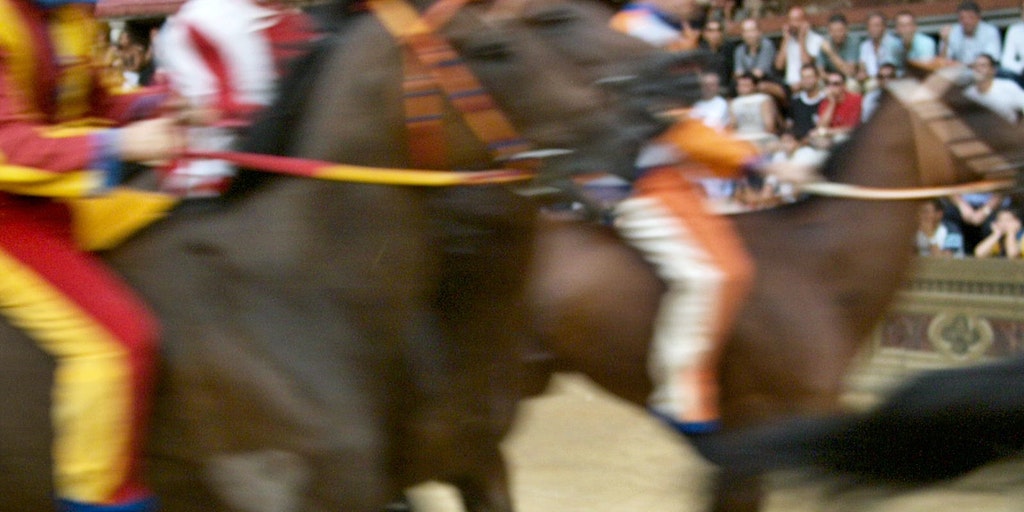 Loading content
Palio is being Senese, and those who have not experienced Palio, really don't know Siena. Twice a year the worlds most beautiful place - Piazza del Campo is converted into a race track and covered with soil to host this exciting horse race.

To describe Palio is an impossible task. You might as well try to define love, faith or the meaning of life, and it would not be wrong to say that Palio is in a true sense, all three of these components!

Siena is not like any other city in the world in the sense that it is divided into 17 independent states with specific borders, flags, patron saints, national anthems, churches, administrative bodies, governments and constitution. These states are called Contrada and when you walk the streets of Siena you will see indications of each state, represented by a different name and often a symbol of an animal belonging to each state. The districts were set up in the middle ages in order to supply troops to the military companies that were hired to defend Siena's independence from Florence. As time has gone by however, the contrade have simply become areas of localised patriotism rather than independant states, and each area likes to proudly demonstrate their civic pride with festivities and extravagant street decorations.

Twice a year the world's most beautiful place - Piazza del Campo is converted into a race track and covered with soil to host this exciting horse race called Palio. To be precise it is held on the 2nd July and the 16th August in the evening and attracts thousands of spectators. Although there are only two events, it occupies the locals throughout the year; the preparation, the training, the planning and so on. Ten horses and riders, bareback and dressed in the appropriate colours, represent ten of the seventeen contrade, There is much glory for the winners, and pain for the losers as this is a custom so deeply entrenched in history that you would need to be Senese to fully appreciate it's depth and value.

If you want to experience palio, we recommend that you read at least one book on the subject before and try to visit Siena for at least 3 days before the actual race. If you turn up on the race day itself, there is the chance that you won't understand or just think that the whole thing is chaotic, meaningless and ridiculous. Remember that both ex Siena residents and tourists come to stay in Siena from June 29 to July 2 and from 13 to 16 August, therefore many hotels get booked in advanced so you are advised to book early.

Palio is being Senese, and those who have not experienced Palio, really don't know Siena.