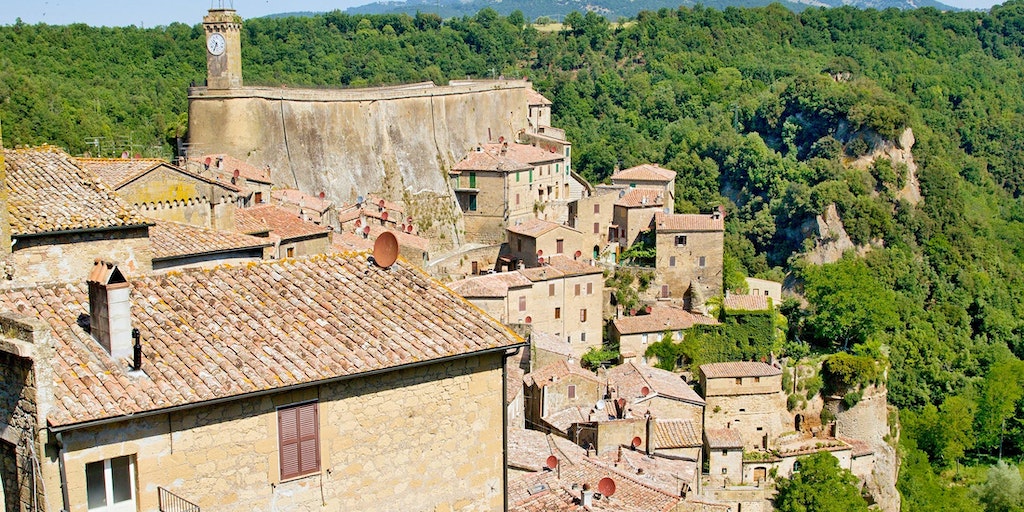 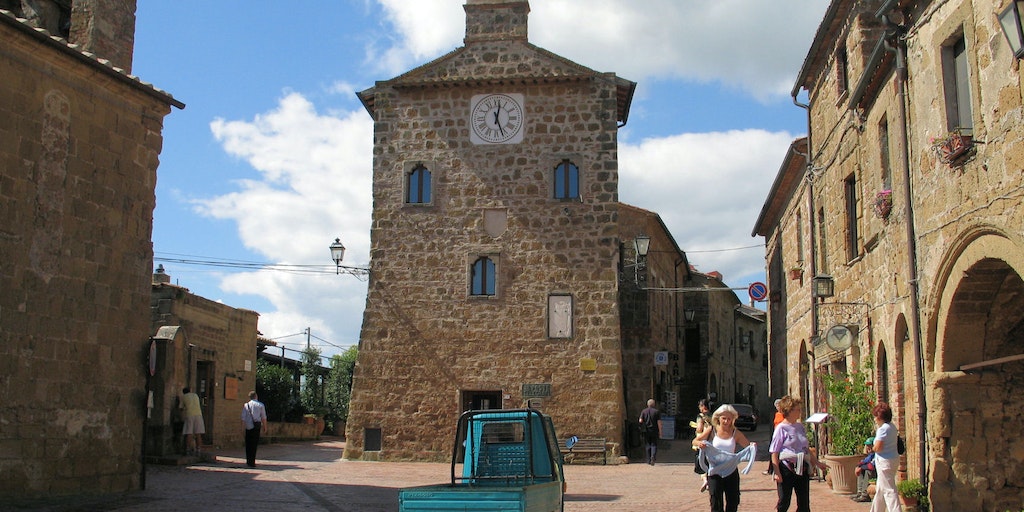 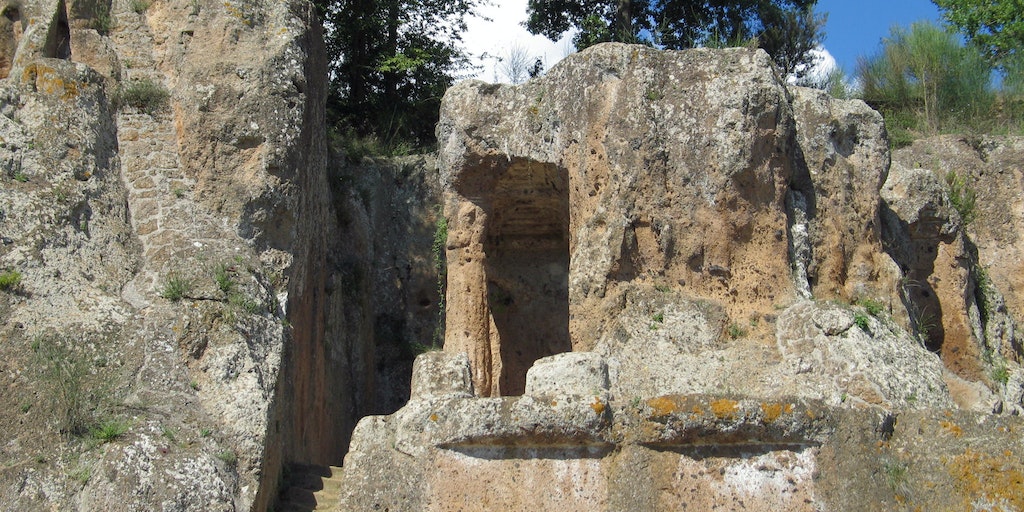 Savanna is a medieval town, an in miniature Etruscan monument. In the Middle Ages, the city was ruled by the mighty Lombards family, the Aldobrandeschi clan whose most famous scion is Pope Gregory 7th. or Ildebrando was actually called "Hildebrand". Gregory's regime in the late 1000s is considered a dividing mark in the Catholic Church's struggle to assert his power over Europe.
The city is a little gem, and it lives for a large part of tourism. Here you do not buy your groceries, but "Etruscan art", tuff stone art, religious art, the lovely local red wine and more.

The city, perched on a small but steep mountain part, was found in the middle ages. Here you are in a small and elongated space enclosed by the Aldobrandeschi Castle, while the small quaint palace Palazetto dell'Archivo only partially closes the other end, where the road splits and runs out on both sides of the palace.

Most of Sovana characteristic medieval palaces clump together on the city's small main square, Piazza Pretoria: City Hall, "Archive Palace", the medieval Maria church from the 1100s. The church is small, compact, carried by meter thick pillars and the wooden ceiling. Especially interesting is the altar table that is as old as the 900's.

Rising on the edges of town, the Duomo was built on the foundations of a pre-existing building at the end of the 11th century under the watchful eye of Pope Gregory 7th. The cathedral is a has a important artistically significance in the territory, with its 10th century octagonal dome beautifully decorated and created with tiles taken from original church. Under the cathedral’s apse is a 7th century crypt. Inside you will find:
The tomb of St Mamiliano and his burial urn, as well as a baptismal font, which dates back to 1434 and was shaped from tuff stone and decorated with sacred symbols and precious jewel figurines.

About 2500 years ago, Sovana was an important Etruscan city. 300 years a.d. it got conquered by the Romans.
Below, in town you can find an Etruscan necropolis in the middle of the green. It is still an excavation, and some of the things you can see are only recently uncovered. You find there the remains of a large temple, of course named after the city's son, Gregor 7th. and therefore called Tomba Ildebrando. It's almost intrusive imposing, the contours carved straight out of rock. Right now it looks like a remnant of a powerful nature of people's shrine, but a poster next to it shows how the temple probably looked at that time.

While you are here you should try to see both Sorano and Pitigliano. Moreover, it is refreshing to visit Bolsena and Thermes Saturnia, the wine town of Scansion and the lush peninsula Argentario.