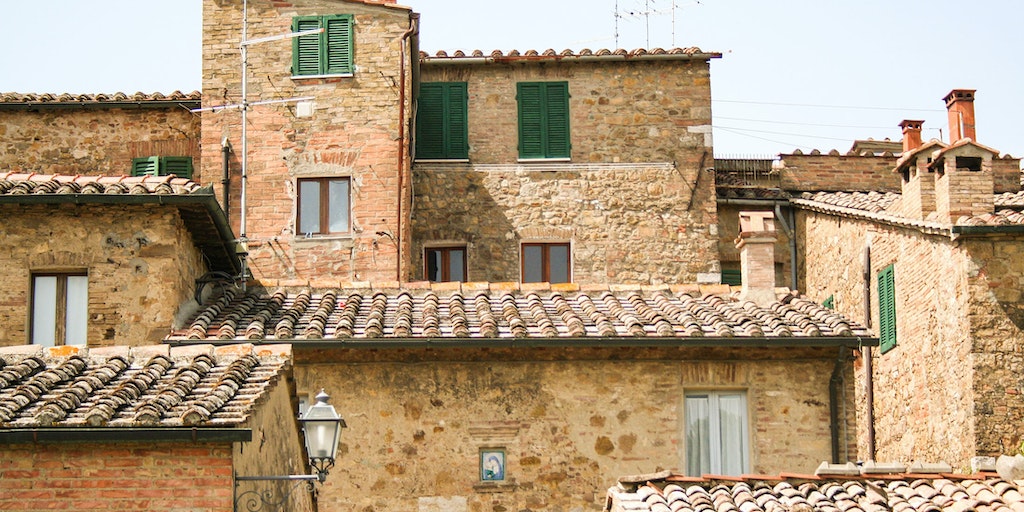 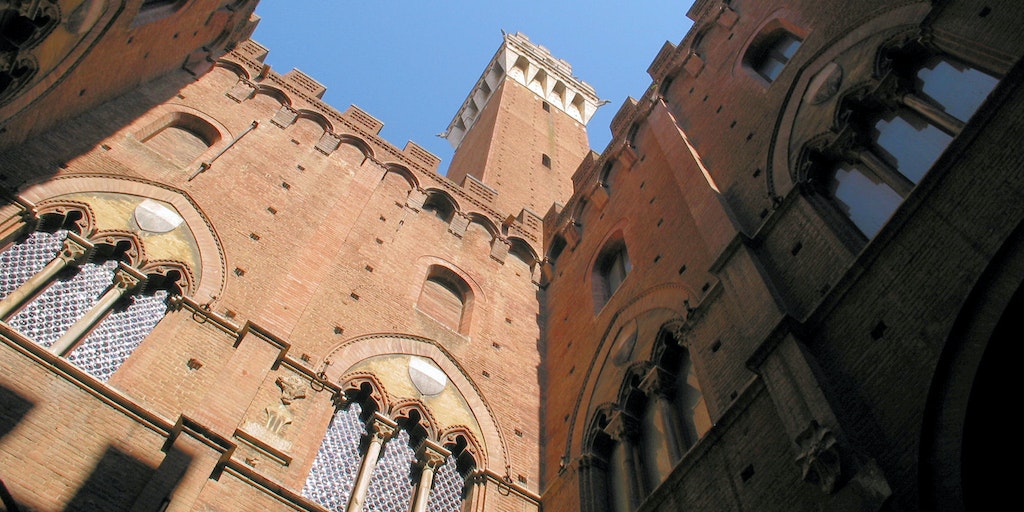 Even in the more unknown regions of Tuscany you will find admirable art and culture, for those who want to explore and discover. The medieval town of Trequanda, as it looks today, has not changed much since the first arrived on their horseback.

Like many towns in Tuscany, Trequanda lies on a hill, surrounded by thick forests and orderly olive groves and vineyards. The most significant monumental building is to be found in the old town: the Cacciaconti Castle, with an imposing cylindrical tower and, with its façace of white and black block.

Through archaeological findings it has been identified that the first residents of these hills were the Etruscans, from the 8th b.c. to the 3rd century a.d. They inhabited the area between Tirreno, Arno Valley and the Tevere Valley.
The first writings of the city date from 1198 on the basis of its dominant position along the road that connected Chiusi with Siena through Asciano. Again is heard about the city during the war between Guelfi and Ghibellini, when the city was the base for Ghibellini refugees.
In a later stage the city comes under the rule of the Tuscan Grand Duke, when the town was completely enclosed by a ring of walls with only three gates. Today seen as Porta al Sole and Porta al Leccio, while the main gate Porta a Buggea, located under the castle tower, has been destroyed.
From Piazza Garibaldi, next to the small church Chiesa dell'Immacolata, you can go into the castle from the 14th century. Today the castle walls form an impressive fortress tower in white limestone. Inside the castle you can find a large courtyard and an Italian garden.
Just outside the city it shows a windmill from the 1700s; Torre del Molino a Vento. This unique design has a cylindrical tower with on top an octagonal crown decorated with terracotta, as the area was famous for this.

As briefly stated above, Trequanda was also known today for its terracotta production. Terracotta factories at the neighboring town of Petroio appear for the first time in history at the end of the 1500s. They were at that time small family-run workshops, where they produced household products and decorative objects: pots, washbasin, kitchen pottery, chimneys, pipes, balconies and wall niches, coat of arms, statues of dogs, lions to guard the bridges. With time the terracotta fabrics moved out of Petroio to the surrounding areas where they found better access and where there is more space for machinery, storage etc.

The main constructive matter is clay, as it always has been abundant in the nearby caves. During these times all city residents were able to process the clay, while it was only the specialist who knows how to treat furnaces. The processing of the clay took place through the hands and a stick to make the surface smooth with, which also had the function that you could use it as a measuring stick. Today, some of the processes are replaced by a lathe and molds.

One of the aspects that characterized contemporary terracotta was material plasticity, which made it possible to create different shapes with different applications. However, one should not forget that another large part of the material manifold application was due to the craftsmen's creativity: they created ornamented vases with classical Renaissance motifs, flower boxes with decorations, vases of various shapes, cubes and more. In the old days the craftsmen signed and dated their representations in the fresh clay with a nail.

Terracotta has remained one of the key elements in Petroio, and in fact the city is in itself an open air museum. However, traditions and crafts inspired the construction of a real museum and why we today can go to a terracotta museum in Petroio.