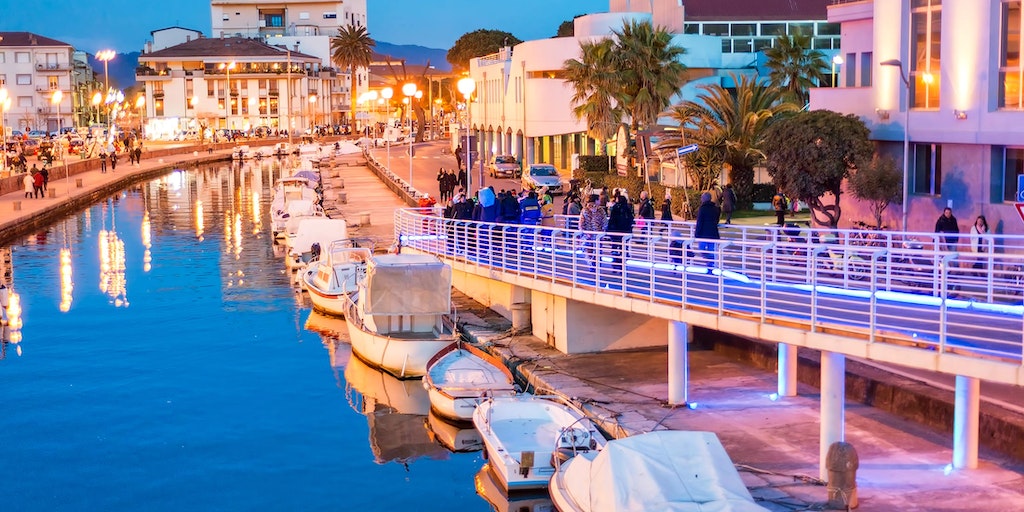 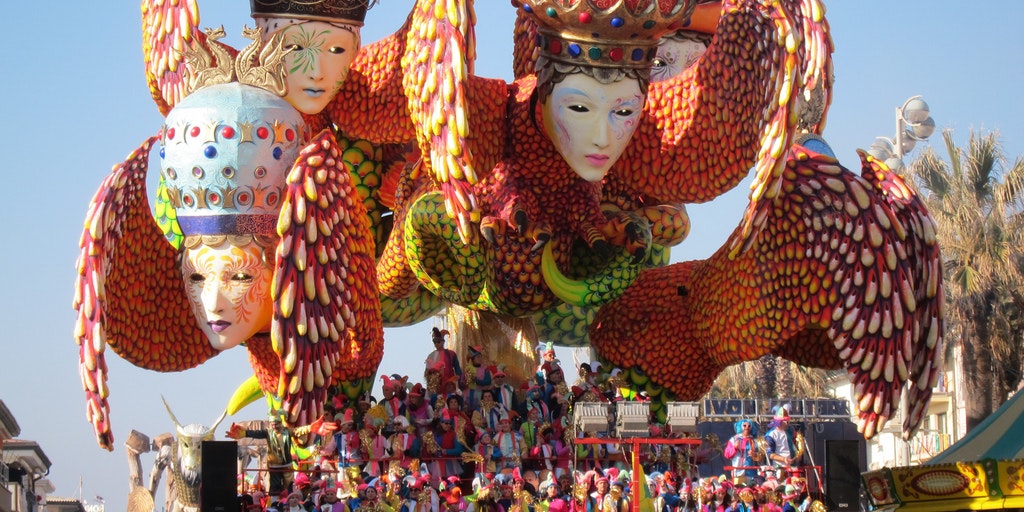 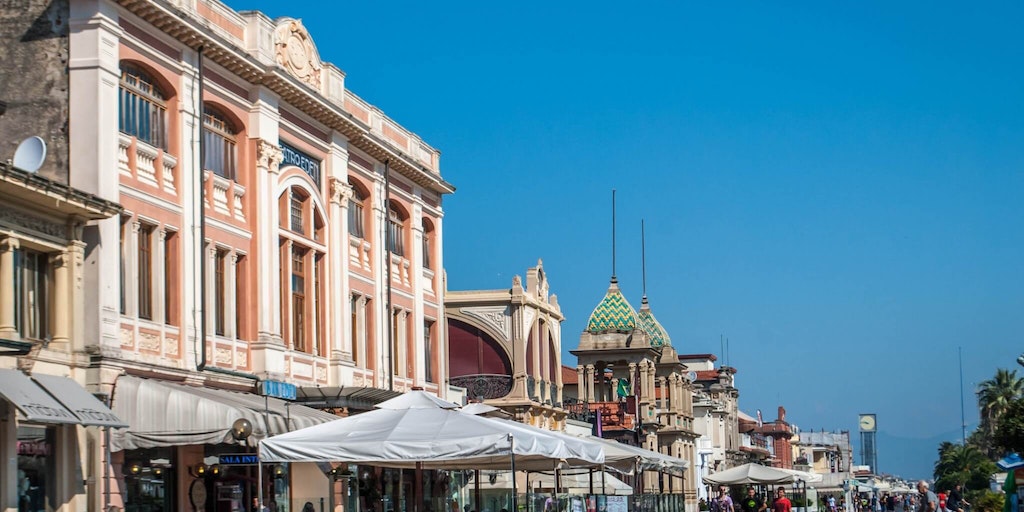 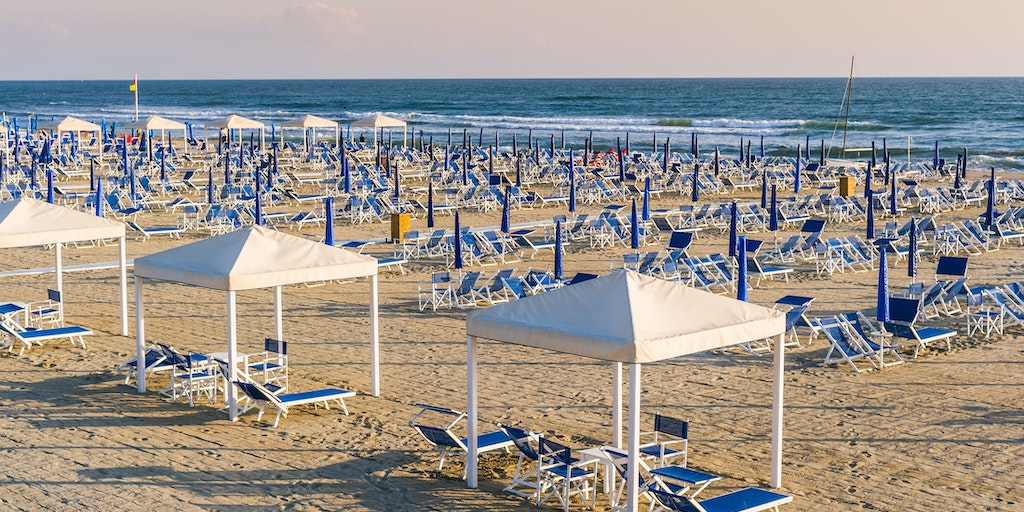 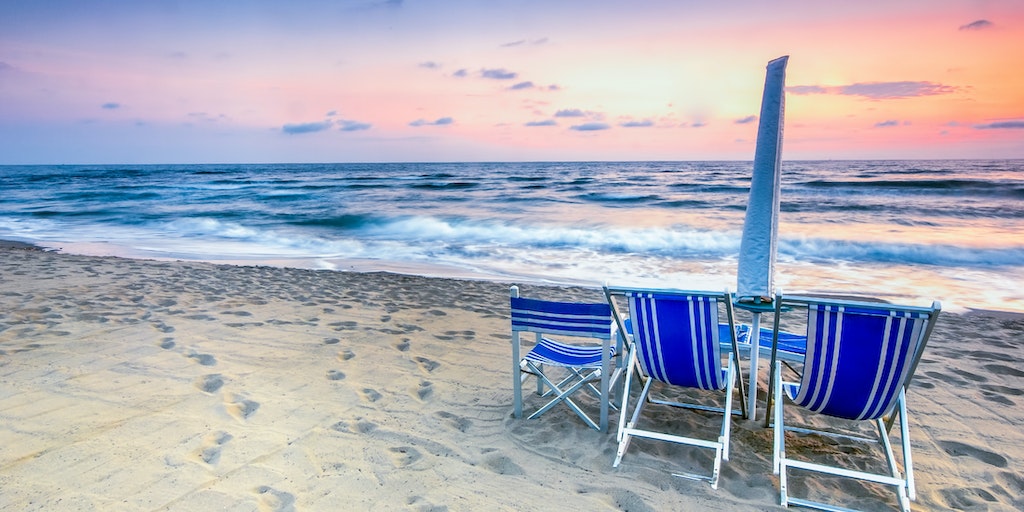 "Walk around the rather seedy streets of Viareggio now and it is possible to chart the gradual decline over the decades of this once grand old dame of Italian coastal resorts. Her heyday was the turn of the century when most of the still remarkably beautiful Art Nouveau hotels and casinos were built. Then came the slightly less elegant but still sleek 1920s and 1930s, with their ocean liner facades and Art Deco neon signs. Then, finally the inevitable 1960s’ and 1970s’ plastic consumerism.”

This is how Leslie Forbes described this well-known seaside town in her cookery and travel book “Table in Tuscany: Classic Recipes from the Heart of Italy”. She continues to describe how impossible it is for recent architecture to live up to the style of La Belle Époque. While we agree with Forbes on this point, her description of Viareggio as a depressing town is disputable. Today Viareggio is a popular beach destination for Italians and non-Italians alike, and is the setting for Italy’s biggest carnival in February when the music of Italy and South America can be heard throughout the town from countless processions, and the streets teem with carnival-goers dressed in fantastic costumes!

You can’t visit Viareggio without taking a daytrip to the marble mountains in Carrara and Liguria’s eastern regions, which include Le Cinque Terre, an area of outstanding natural beauty where all cars are banned. But the cultural cities of Pisa and Lucca are also so close that you don’t have to spend all your time on the beach.

Come and experience the magical and colourful carnival in Viareggio that has been held since 1873! All the towns people dress up in lively costumes and masks and the streets are filled with joy.

The carnival started in Viareggio in 1873 when some of the local people decided to put masks on and protest against the high taxes that they were being forced to pay. The use of the masks later became a tradition when the locals wanted to show their displeasure over something.

Join in the fun

Now it's not about displeasure at all, only pleasure! The locals keep the tradition alive and the town's 2 kilometre stretch of beach promenade becomes the place of the procession with carriages and people dressed in costumes and masks. The festival is held every year in February and if you come here then, you will enjoy a lively atmosphere with live music, and good food and wine of course!