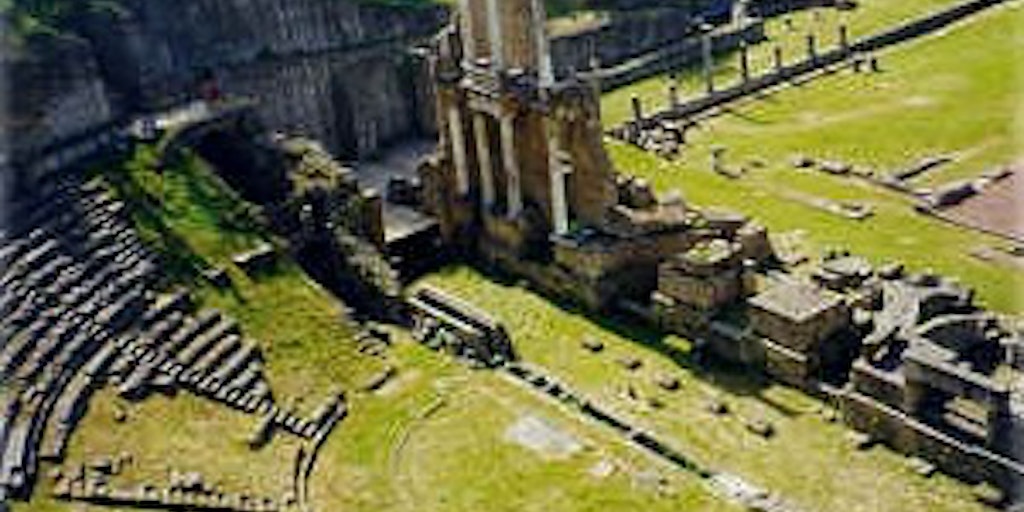 Loading content
The town of Volterra today is no more than a third of the size if was during Etruscan times. The other two thirds in the west, the area called le Balze (the slopes), have simply eroded away.

The town of Volterra today is no more than a third of the size if was during Etruscan times. The other two thirds in the west, the area called le Balze (the slopes), have simply eroded away.

In the heart of the town is Piazza dei Priori. This square is home to Palazzo dei Priori, which is the oldest of its kind in Tuscany and was possibly also the inspiration for Florence’s Palazzo Vecchio.

The many coats of arms on the facade date from the changing Florentine governors. Opposite is Palazzo Pretorio (once called Palazzo del Capitano del Popolo), which is the result of the amalgamation of various buildings from the 13th century. Furthest to the right is Torre del Podestà, originally a fortified tower, which was converted to accommodation back at the start of the 16th century.

Just behind this you will find the Duomo in Pisan inspired Romanesque style with characteristic use of black and white marble in stripes. This was built in the 12th century and rebuilt in the 13th with the campanile from 1493. The interior was radically rebuilt in the 16th century and houses many works of art from earlier times. Notice the fake granite columns: they are really just bricks covered by plaster full of granite dust. Behind the cathedral is Battistero, the baptism chapel, also in Pisan Romanesque style from the 13th century. The chapel is, like the one in Florence, octagonal. The interior is simple and clean with only a few 16th century sculptures. The font is from the middle of the 18th century.

If you want to see some of the works of art that have adorned the cathedral throughout the ages you have to visit the little museum, Museo Opera del Duomo (or di Arte Sacra). This is on the left of the church in Via Roma. The museum is open daily from 9:00 to 13:00 and again 15:00-18:00. It has a selection of paintings and wooden sculptures, the earliest from the 12th century. NB: You can get in with the same ticket as to the Etruscan museum.

For the archeologically inclined, Museo Etrusco Guarnacci has one of the largest collections of Etruscan art in Italy (open 9-19). Here you will find no less than 600 funery urns. This impressive collection was established in 1732 and grew quickly in the following centuries because of the interest of the religious community and the donation of their collections. Despite its name, the museum also has a prehistoric section with artefacts from the iron age. The museum is still characterised by its last reorganisation in the 19th century and is typical of museums of that time: the more items the better, regardless of space constrictions, and with short explanatory texts. The sarcophagi are arranged by theme: an entire room dedicated to each with 15-25 variations on the subject. The themes are taken mainly from Greek culture and include heroism (Perseus), subjects from the Illiad and Odysseus and mythological subjects. Among the endless artefacts two pieces are especially fascinating: gli Sposi (1 BC) and the bronze statue called Ombra della sera (Evening shadow), which show that modern artists such as Modigliani offer nothing new. The upper floor has been recently refitted in a thoroughly modern museum style.

It is definitely worth visiting the town’s fortress, la Rocca, which is probably one of Italy’s most splendid Renaissance fortresses. The first fortress was built in the middle of the 14th century (it is now part of the eastern Rocca Vecchia) and the second part, Rocca Nuova in the west, was built by the Florentines after they plundered the town in 1472. There are therefore two fortresses connected by a long crowned wall. Unfortunately you cannot see its wonders at closer quarters as it is now a top security prison requiring either permission from the Ministry of Justice or conviction of a serious crime to enter.
Right up against the medieval walls in the west you find San Francesco dating back to the 13th century. This church has been radically changed throughout the ages. It would be nondescript were it not for the little chapel, Capella della Croce di Giorno, to the right of the main altar. The chapel is decorated with an impressive fresco cycle from 1410 showing the apocryphal legend of the Holy Cross.

A visit to the Pinacoteca e Museo Civico on Via dei Sarti (open 9:00 to 19:00) also deserves some time. Here you will find a lovely collection of paintings and other artworks from the period 1300-1600.

To get a glimpse of Etruscan times you should walk down past the cathedral to Porta all’Arco, one of the Etruscan town gates from the time when the town was three times as large as it was in the Middle Ages. You can also look at the excavations of the ruins of a Roman theatre and the baths with mosaic floors.

Eating and drinking in Volterra
It is easy to eat and drink well in Volterra. We recommend:

- Bar dei Poeti, Via Matteotti 57, tel. 0588 80522. Here you will find a good atmosphere and a wide range of drinks. The youthful atmosphere deters many older men in the town from coming here; their wives are of course at home or at church. At the bar you can eat some unpretentious pannini and if you are more hungry, you should go next door to Osteria dei Poeti where the food is delicious and the prices reasonable.

- Porcellino, Vicolo delle Prigioni, tel. 0588 86392. A good and simple restaurant where you can enjoy both local dishes and also non-Tuscan food such as a pizza. There are both indoor and outdoor tables.

- Ombra della Sera, Via Gramsci 70, tel. 0588 86663. One of the best restaurants in the town, where the well prepared food can be enjoyed accompanied by one of the great Tuscan wines or a more modest bottle of house wine.